(CMR) Earlier this week we received numerous reports that the Lands and Services Department's website had been hacked. It was addressed on our morning show on Wednesday. However, since then the rumor mill continues to churn that someone has hacked into two related websites and is demanding bitcoin money to release the sites.

There have been reports of other government agencies such as General Registry also having issues.

The rumor is that the website was hijacked for bitcoin ransom for the past week. 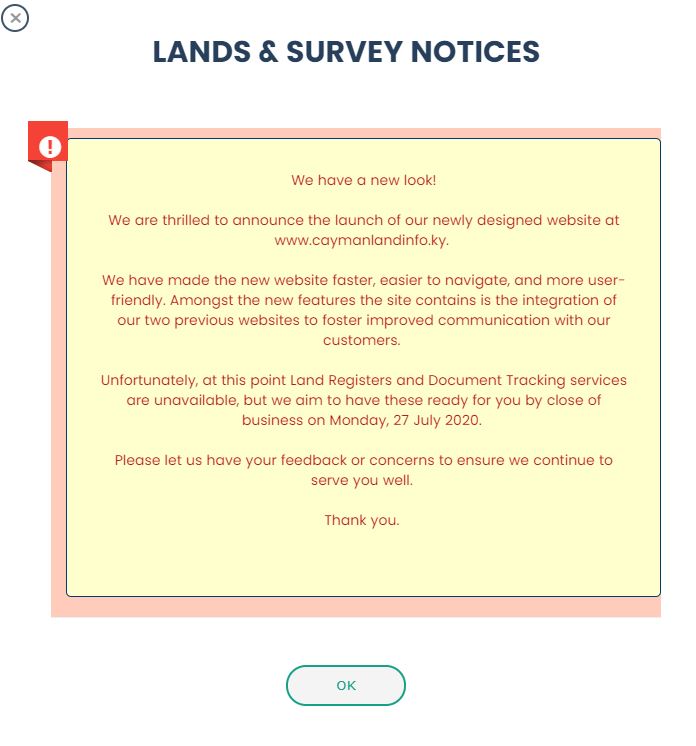 This was a tough one to ascertain the truthfulness of but we know for a fact that the website has been down over a week. Ironically the website issue started around the same time that companies like Twitter also admitted to having issues with high profile celebrity accounts being hijacked for bitcoin ransom.

This could also be a matter of government's e-services having growing pains as most people are now relying upon those services to conduct various forms of business.

L&S contacted some users and advised them that the website was under construction and servers were being updated. The date provided has been expired and still, no one can access the portal. Architects, realtors, surveyors and other government workings including the Planning Department regularly access the website and have been unable to do so – essentially bringing their businesses to a near standstill since last week Thursday.

Registered users pay thousands of dollars to gain access to this information. It is alleged that the hackers were able to see all of the incoming payments from users to the website.

Yesterday, Kirk ISS sent about four technical team members over to the government building in an attempt to rectify the situation.

Workers received an email late in the day that the system was once again operational. However, multiple users have informed us that they are unable to log back in. They had been advised to create new usernames and passwords. Despite this, any pages including the subscription page remain unavailable. Tracking services are said to be coming back online next week Monday, July 27.

No, thanks.
How do you feel after reading this?
Tags: Lands & Surveying Departmentwebsite hackers