(CMR) The Cayman Islands put on a strong performance at the recently concluded Caribbean Senior Squash Championships, finishing second with 12 medals and 56 points.

Hosts Jamaica and Trinidad and Tobago amassed 45 points for third and fourth place, while Barbados was fifth with 30 points.

The Guyanese pair Ashley Degroot and Ashley Khalil won the women's doubles title. Jade Pitcairn and Michaela Rensburg of the Cayman Islands were the runners-up, with Tessa Martin and Alexandria Yearwood of Trinidad & Tobago and Savannah Thomson and Mia Todd of Jamaica tied for third.

Julian Jervis and Jake Kelly of the Cayman Islands and Bruce Burrowes and Julian Morrison of Jamaica tied for third. 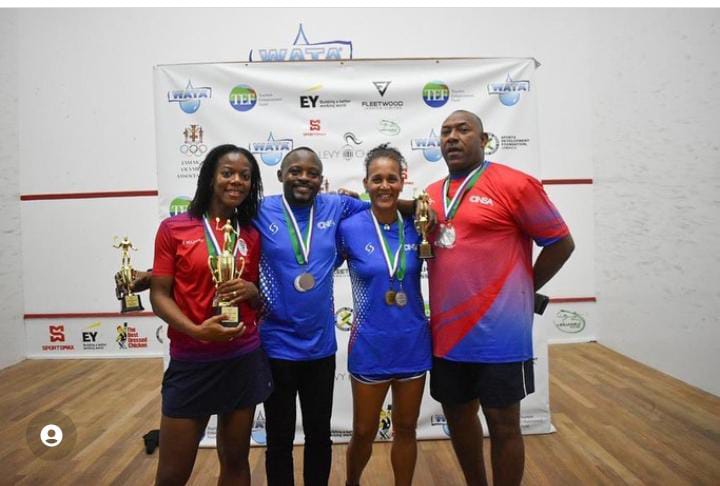 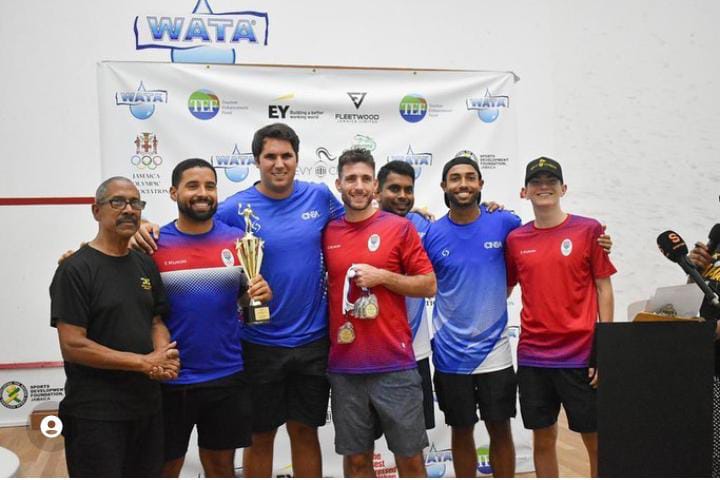 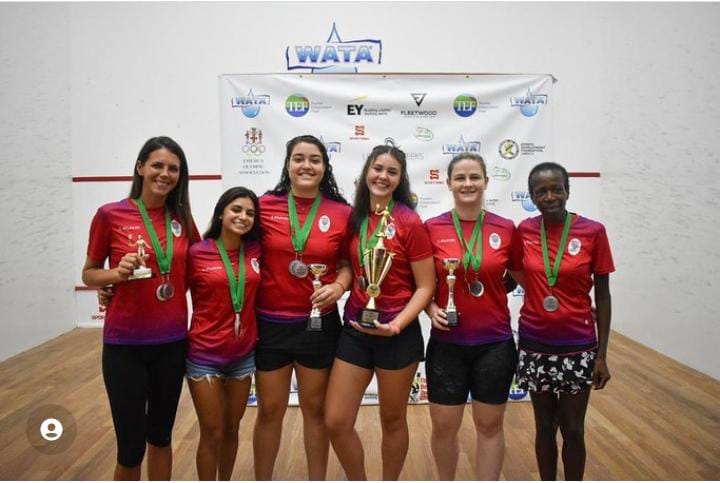 The Cayman Islands pair of Cameron Stafford and Marlene West won the mixed doubles title with Daniel Ince and Taylor Fernandes of Guyana as the runners-up. Darien Benn and Jodi Smith-Padmore of Barbados and Chayse McQuan and Marie Claire Barcant of Trinidad and Tobago shared third-place honors.

Lori-Ann Foley of the Cayman Islands won the Women's40-plus title. Karen Anderson of Jamaica was second and Diane Julien of Trinidad and TobagoNyro was third.

Joey Levy of Jamaica took the Men's 50 and over crown over Peter Drury of Bermuda and Keith Higgins of the Cayman Islands, who were second and third, respectively. The women's title went to Marlene West of the Cayman Islands, with Cathy Martin of Trinidad and Tobago and Gill Binnie of Jamaica finishing second and third, respectively.

Richard Hart of Trinidad and Tobago won the men's 60 and over title. Chris Bicknell of Jamaica was the runner-up, and Nick Buckley of the Cayman Islands finished third.

Next year, the Junior Championships are scheduled for St. Vincent and the Grenadines, while the Cayman Islands are expected to host the Seniors.

No, thanks.
How do you feel after reading this?
Tags: Caribbean Senior Squash Championships