(CMR) Reed Parker has been identified as the stapler thief featured earlier today in an article for stealing a stapler on Monday at Office Supply. Within 30 minutes CMR was notified of his identity and verified his arm tattoo via his social media account. He ran into the office supply company and paid for the stapler shortly after this post.

Eyewitnesses said he appeared nervous and was shaking when he made the payment and apologized.

The 30-year-old moved to the Cayman Islands on March 15, 2020, but someone forgot to tell him that we believe in honesty and paying for goods not stealing them on this small island.

Parker, from Victoria, British Colombia (BC) Canada works at the Backroom in Regency Court, West Bay Road as a bartender. His giveaway tattoo is actually three stars on his left forearm. He visited Cayman a month before moving here for his new job. 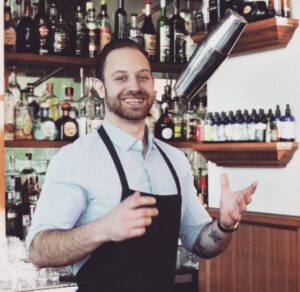 No, thanks.
How do you feel after reading this?
Tags: Reed Parkerthief

"It call family and friends because everyone that join invited their friends and family some of their families receive the...