(CMR) The Progressives Opposition Leader had filed a Vote of No Confidence against the PACT Government. They have submitted a document with some 14 points that they claim to justify the call for the government to be removed.

Despite their points, no one has indicated if they have the 2/3 majority required to make such a move. The constitution, as required by the Constitution.

The Progressives spent the entire weekend trying to get members of the PACT government to join them. Many have shared that they are unaware of any movements that have been made despite the rumors in circulation. The move comes quickly after CMR addressed the ongoing situation on yesterday's TCHT.

“The Progressive’s filing a motion of no confidence at this time, immediately after the Period of National Mourning and while the country is facing the threat of a hurricane, is not surprising. It is typical of the Progressives, they once again prioritize political power over the needs of the Caymanian people. While they are plotting and scheming, we are working to deliver results for the people and doing a good job of it” said Hon Premier Wayne Panton. 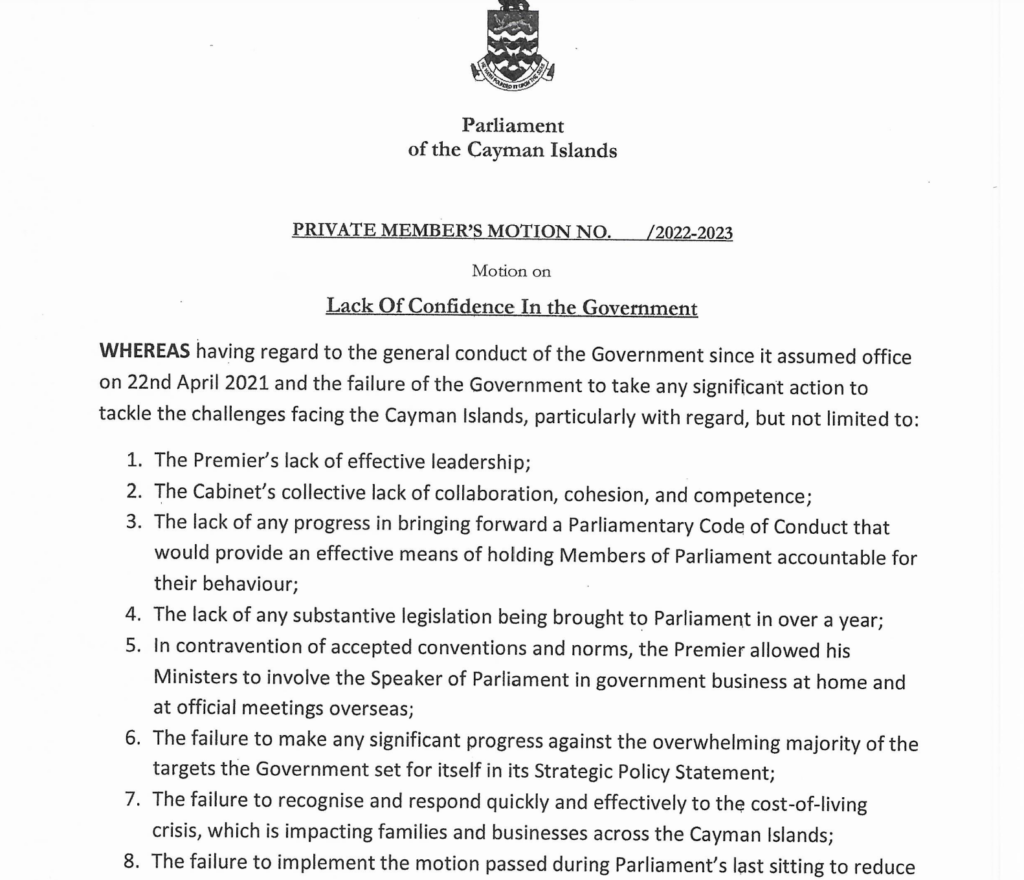 No, thanks.
How do you feel after reading this?
Tags: Progressives