Well before request from Ebanks

(CMR) Premier Hon. Wayne Panton confirmed that he issued “a strongly worded letter” to McKeeva Bush before his London trip on Thursday afternoon, suggesting he resign on or before Friday, September 23 2022. Bush was receptive and confirmed on Friday morning via WhatsApp messages that he would be resigning.

This statement contradicts a statement issued by Minister Jay Ebanks Friday night, which implies he convinced Speaker Bush to resign.

As it turns out, Ebanks would have been aware of the request for Bush to step aside as all members of the Cabinet received the message in a group chat. Despite this, Ebank's quote in his statement about asking Bush to resign makes no mention of the Premier's statement nor the group messages.

Premier Panton confirmed that he was waiting until after the official period of mourning of The Late Her Majesty Elizabeth II before issuing any further statement on the matter. He also noted that he wanted to also give Bush the opportunity to properly tender his written resignation to the Clerk of Parliament before issuing a statement on the matter.

He also chastised his own MP for not being able to “show restraint” in the matter and preempting his statement.

Panton originally issued a statement on Wednesday afternoon after the police confirmed they were investigating the matter of alleged sexual harassment against several women at a CTO conference reception Tuesday evening.

In his letter to Bush, Panton refers to the “unfortunate incidents at the cocktail reception” held at the Ritz Carlton.

CMR will dissect the weekend's events on Tuesday's The Cold Hard Truth. 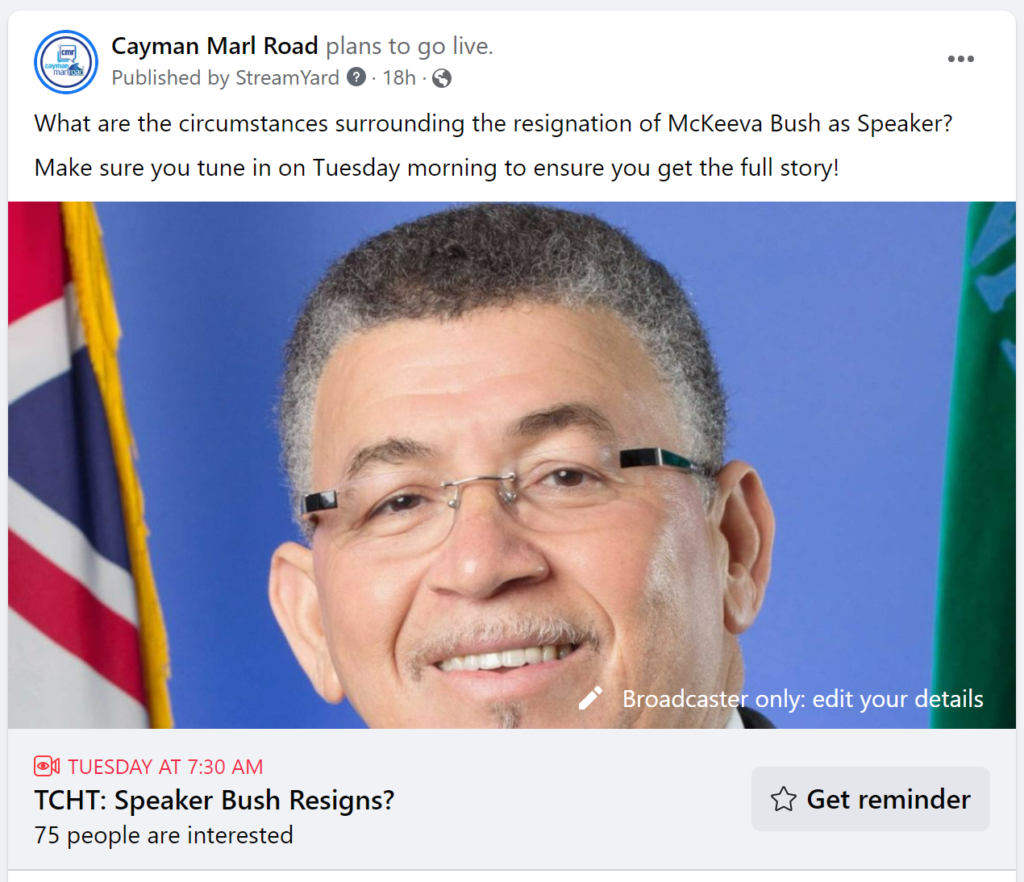 No, thanks.
How do you feel after reading this?
Tags: Jay EbanksMcKeeva BushWayne Panton