(CMR) The police have confirmed that despite hearing allegations of an assault on social media “involving a senior politician on two women,” they have yet to receive any formal complaint on the matter. However, the RCIPS has independently commenced an investigation and will be reaching out to the women involved. 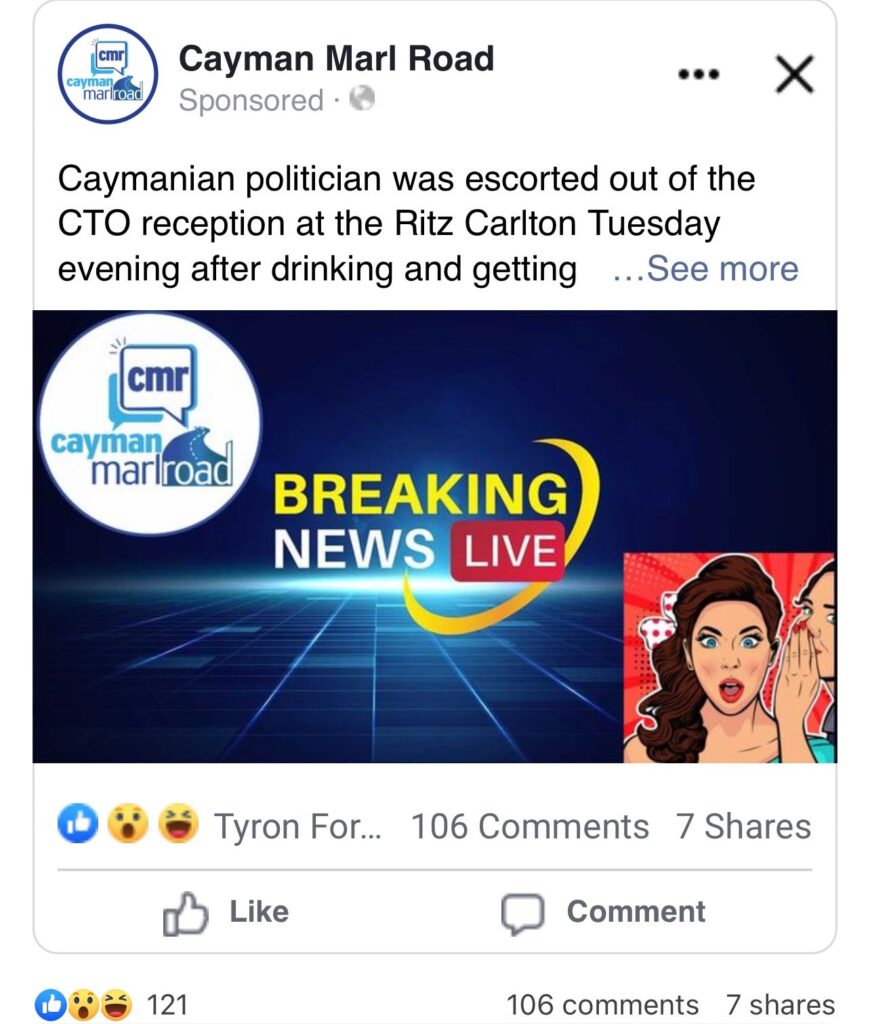 The alleged incident took place at the Ritz Carlton and Wednesday evening at the Caribean Tourism Organization cocktail event that started at 7:00 pm.

Sources have revealed that a drunken politician approached several women and engaged in behavior that included unwanted communications, inappropriate touching, and even “biting” one individual.

He was removed from the venue and eventually picked up by a former political friend.

CMR has spoken to several persons who were at the event, including the victims, and will discuss its findings thus far on Thursday's edition of The Cold Hard Truth.

The Premier has issued a brief statement: 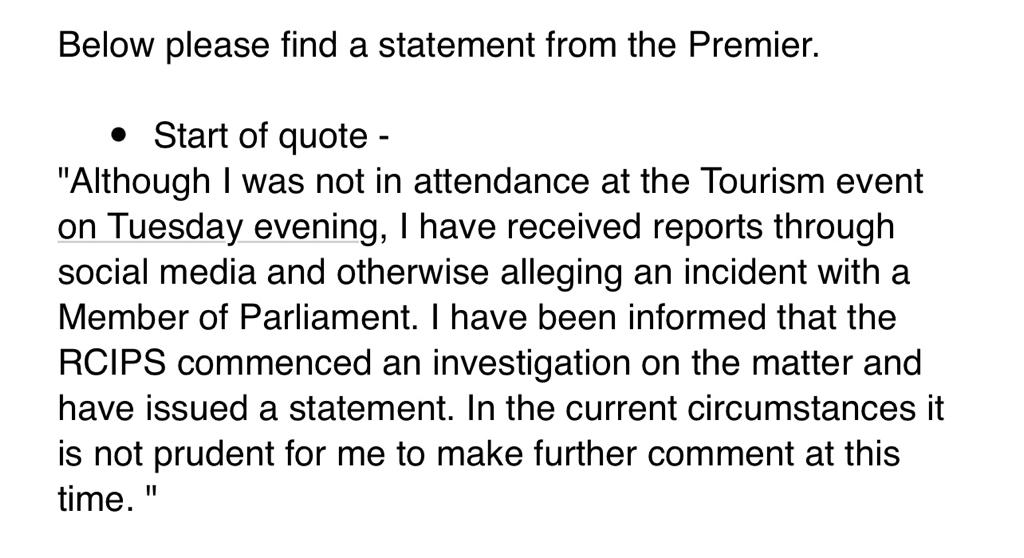 No, thanks.
How do you feel after reading this?
Tags: sexual abuse

(CMR) A 10-year-old girl was reportedly raped and strangled to death after leaving school this afternoon in Hanover, Jamaica. According...

Church Bells toll in honor of Her Late Majesty