(CMR) Are Jamaican nationals allowed unencumbered entry on to the island?

That appears to be a question being asked by many and getting different responses depending on who you ask. There have been several conflicting social media statements from government officials that have left Jamaicans stranded abroad confused about the current state of re-entry into their homeland.

The Jamaican government has made an amendment to section 3(2) of the Disaster Risk Management legislation which seems to suggest that the country would be allowing access to Jamaican nationals, currently outside of the country's borders. However, many are still not certain that it allows free entry back into the country for everyone who wishes to return.

The local consulate office in Cayman contacted CMR and shared, in part, that:

“The Jamaican government has not opened the country’s borders as yet for Jamaicans to return home.” 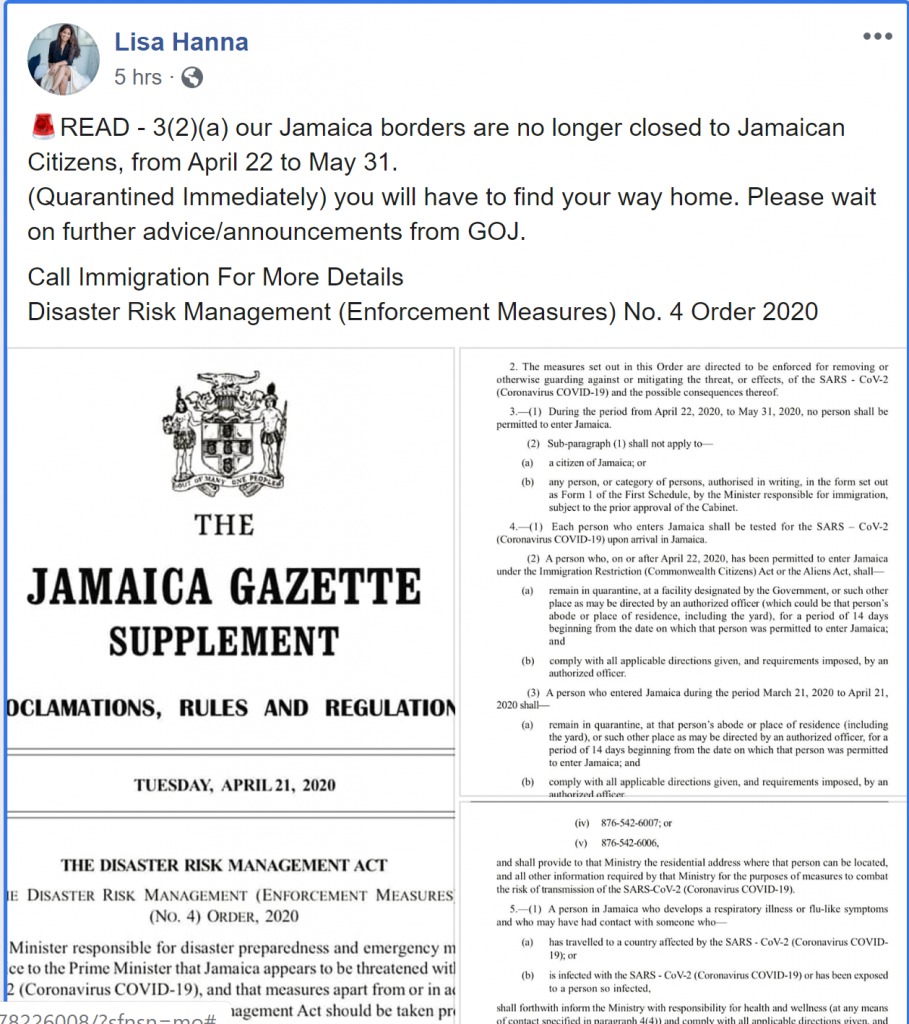 The law which was amended on Tuesday, April 21 reads in part:

“Sub-paragraph (1) shall not apply to – a) citizens of Jamaica; or b)any person, or category of persons, authorized in writing, in the form set out in Form 1 of the First Schedule, by the Minister responsible for immigration subject to the prior approval of the cabinet,” adds section 3 (2) of the said act.

Seeking to clarify the position regarding re-entry the Minister of Foreign Affairs and Foreign Trade, Kamina Johnson Smith, took to social media to share what she initially said was a correct interpretation of the latest amendment:

“I am encouraging calm and caution to Jamaicans overseas who are taking the literal language of 3(2)(a) DRMA Enforcement Order No.4 to mean that regular travel will now start for our nationals. I know this interpretation is being encouraged on social media,”

“As Prime Minister Andrew Holness and I have publicly stated on several occasions, we are preparing to allow for controlled re-entry of our nationals and that this would be subject to new protocols and ALWAYS subject to the capacity of our system to receive them,” 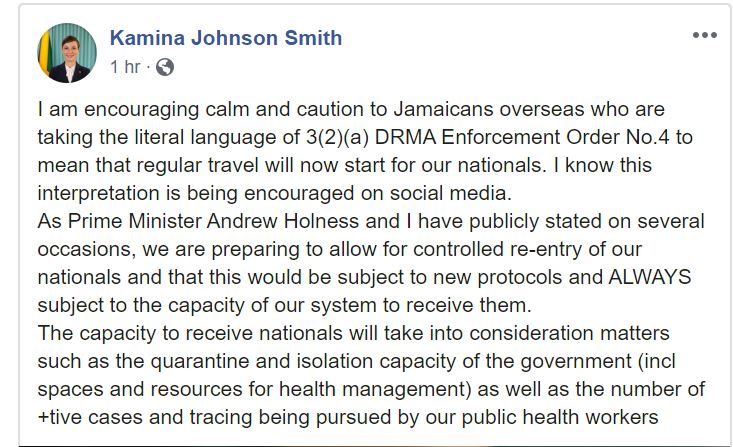 Johnson Smith later made a second post, within minutes of the first post, on the same social media platform, which further sought to clarify the government’s position.

“We know there are many of you who are anxious to be home, and we cannot wait to welcome you safely and securely back to Jamaica. But for this to happen, we need to be careful. For your safety, the safety of our health workers and the safety of the whole of Jamaica,”

“The DRMA Order provides the basic legal framework. The administrative processes and the new Jamcovid App that will help to make management of the re-entry process easier, will soon be explained and made publicly available,” added Johnson Smith. 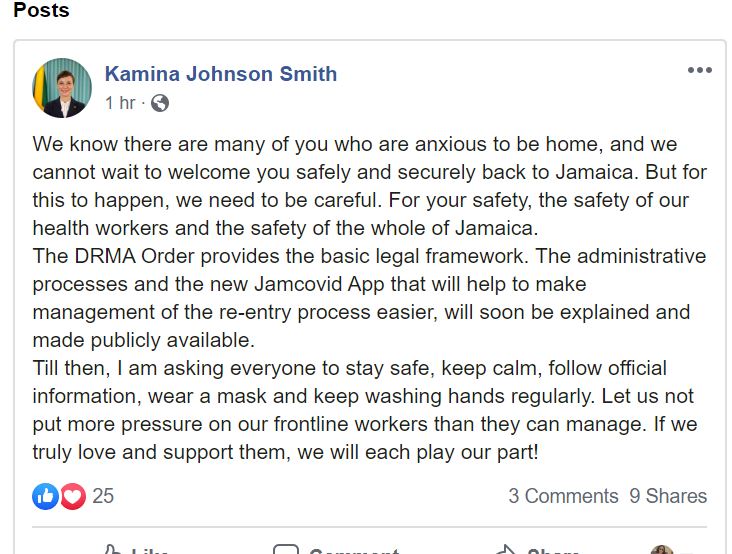 Following the minister’s latest post, it remains unclear what the government’s position is on the repatriation of Jamaican nationals.