(CMR) Florida-based Trinidadian Marlon Marcano's (DJ Eternal Vibes) 19-year-old daughter has been reported missing after last being seen around 5:00 pm at her workplace – the same apartment complex where she lived on Friday, September 24. Marcano frequented Cayman over the years to perform at various Soca events including for Swanky. 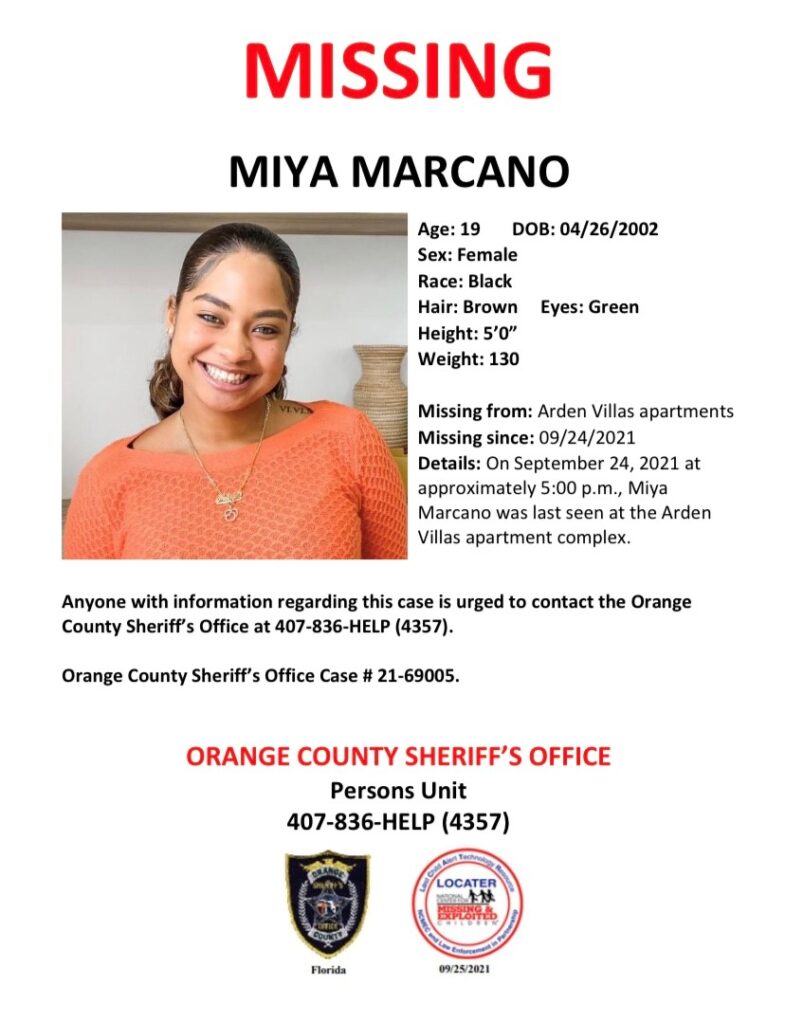 The teen, Miya Marcano was last seen at the Arden Villas Condominium on Arden Villas Boulevard in Orlando, Florida, hear the University of Central Florida in Orlando. On Sunday, deputies began searching the wooded area behind Marcano’s apartment building.

She worked at the same apartment complex in the leasing office. She was scheduled to fly to Fort Lauderdale Friday evening to meet up with her parents but never made the flight.

Marcano’s dad shared a picture of her on social media stating “this was the shirt she was wearing when she was last seen — there were signs of struggle in her apartment — and she may be in danger”. Marcano's brother also posted to his Facebook page stating that they just had dinner on Thursday together.

Marcano is described as a black woman with, brown hair and green eyes being 4′9 and weighing about 130 pounds.

Founder of Swanky, Craig Frederick shared he considers DJ Eternal Vibes and his kids to be like family after he performed as the first DJ for Swanky. He frequented Cayman for over 10 years. Frederick sends his love and prayers that Miya can be found safe and returned to her family.

Everyone in the Soca community is banding together to help find her. She’s believed to be in extreme danger right now. If you’ve seen Miya or know anything you are asked to call the Orange County Police Department, 407-254-4800. In addition, you can reach out to her father, Marlon Marcano on 954-638-1529.

No, thanks.
How do you feel after reading this?
Tags: Marlon MarcanoMiya Marcano

Man deported from Cayman to Jamaica charged with murder

(CMR) A Jamaican fugitive recently deported from the Cayman Islands has been charged with murder by the Jamaica Constabulary Force....