(CMR) Local photographer, model recruiter and events promoter Mario Neville Blake (Mario VibesTime) continues to work in the Cayman Islands without a valid work permit in the entertainment business and has now been accused of leaving people stranded after he overbooked a booked a party boat cruise this weekend.

Instagram posters made fun of those stranded but they say it was no laughing matter.

The Sunday evening boat tour left dozens of unsatisfied clients demanding a refund after they claim he left them stranded onshore when he oversold the event allegedly knowing the limitations of the boat. The 34-year-old planned the Beer Vibes event to coincide with his birthday on January 24. 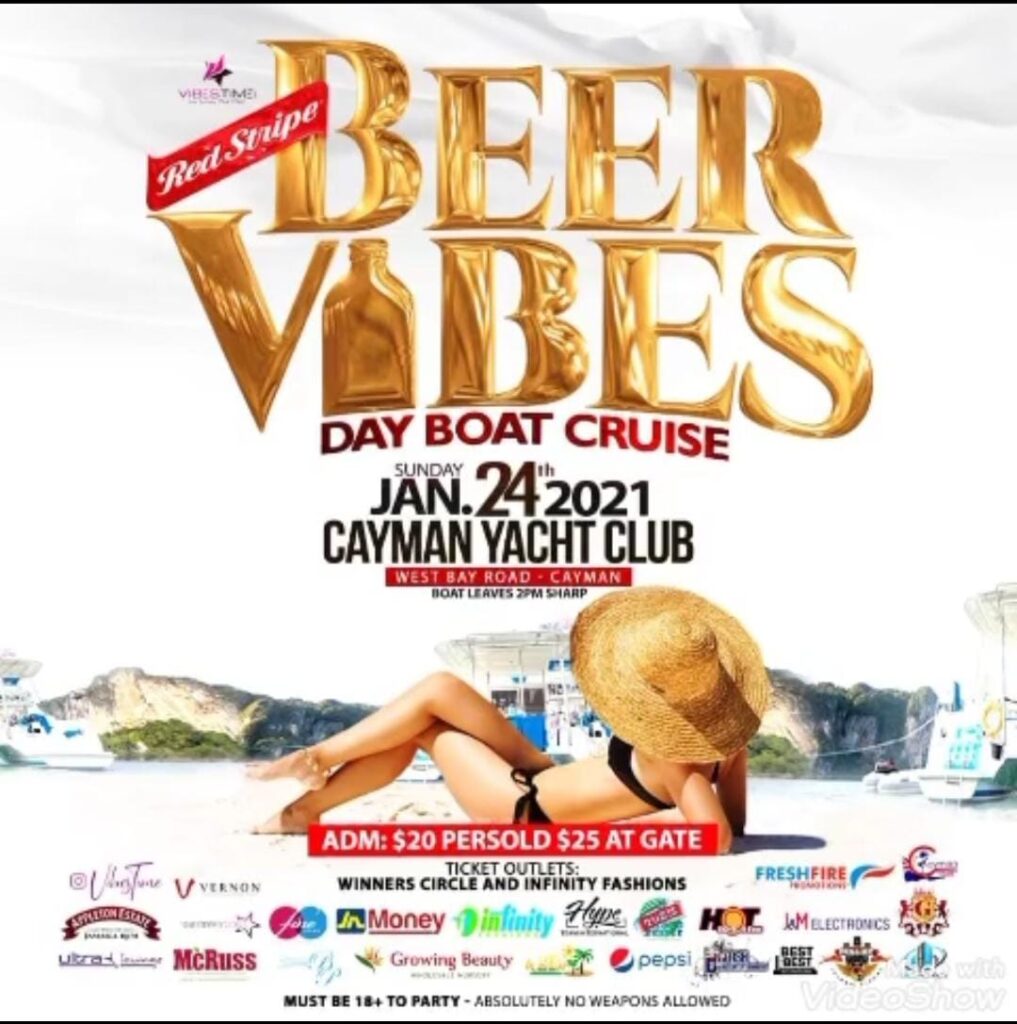 The controversial entertainer organized a boat cruise and used the logos of numerous companies on it that appear to imply that they were sponsors of the event. CMR made contact with several of them who indicated they had not given him permission to use their company logos and they had no connection to his event.

He began promoting the sixth annual event on December 29 when he confirmed it would be held on the Mermaid Boat. In a separate post on December 31, he shared “We finally got a bigger boat” and encouraged people to save the date for the event that was to be held from 2:00 pm til 7:00 pm. 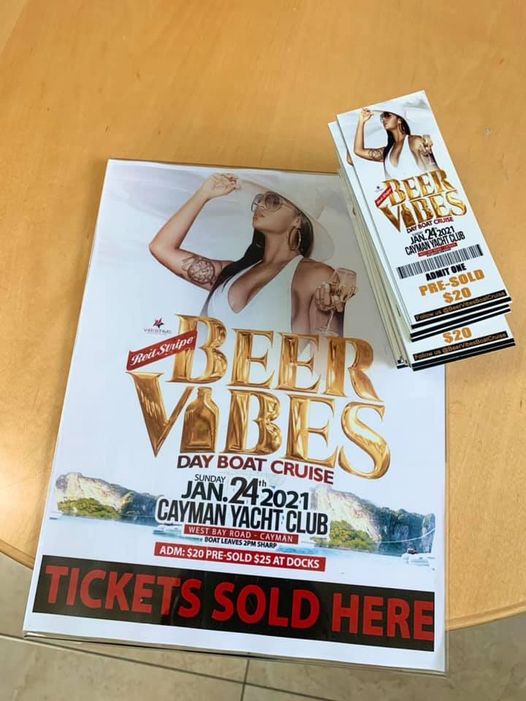 Despite that, the boat cruise had hundreds of persons booked according to several sources for a boat that could only legally hold 275 people including the crew onboard. One source noted, “the boat is insured to carry 275 onboard”. One observer noted that “there were some off-duty immigration officers that were on there partying last night also and the boat was loaded”.

Some sources shared that he may have sold closer to 400 tickets for the heavily promoted event; but the boat captain refused to go over the limit and jeopardize anyone's life. The end result is that numerous partygoers were left onshore and some reached out to CMR demanding a refund and apology from Mario VibesTime.

Partygoers are alleging that he told them that boat was full but a second boat would be coming to pick them up – that boat never arrived.

Some got desperate before the boat left and were said to be “climbing over the rails to get on” which prompted Mario to get off the boat. He then instructed the captain to “pull the boat off” so no one else could climb on board and he ended up getting left behind along with some of the DJs.

He also ran out of ice which resulted in him having to pay another boat to take him, the ice and DJs out to the party boat.

Many are perplexed about how Blake, a Jamaican national, continues to operate these events in the Cayman Islands since he has no valid work permit to do so. Interestingly enough, he resides in Cayman on a work permit as a gardener for his mother's nursery business. He has never held a work permit as a photographer, model agency or promoter since having his first work permit in 2006.

His social media account plainly states that he owns both Vibestime Models and Vibestime Entertainment which was formed in 2008.

Despite that, he has worked in those industries for many years without any oversight or immigration enforcement.

He has been married and divorced at least twice to Caymanian women. One marriage to Ashley Christian lasted for about one year and he refused to sign the divorce papers forcing her to lodge a complaint with immigration and him to lawyer up at HSM attorneys. His first wife works for the RCIPS, Jodi-Ann Tater and they were divorced in 2014. He has a child with a third woman.

These women appear to have been complacent in taking out business licenses for “his company”.

In October 2019 after he came under some degree of scrutiny a limited company named TAMMICH COMPANY LIMITED T/A VIBESTIME ENTERTAINMENT holds the business license. Michael Webster has shared with government sources that he works for Vibestime Entertainment as a volunteer and has made attempts to have his work permit shared with the mother's company.

However, prior to that date, it was held by KASSIA WEBB T/A VIBESTIME ENTERTAINMENT.

According to DCI online records, there appear to be numerous lapses where there was no business license before and after Christian held it.

His immigration status and lack of a valid work permit have been highlighted by someone previously who claimed that she was “scammed” by him. She shared the following: 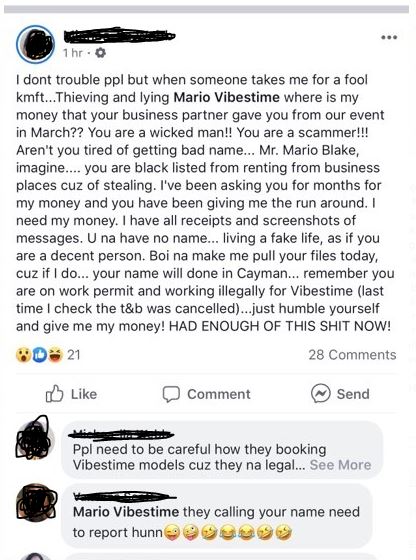 It remains to be seen if everyone who was unable to attend the party will receive a refund.

THE COLD HARD TRUTH: Should potential candidates get upset when media disclose they are canvassing?

Police seek man who breached condition of release from prison

Police investigate death of UK man who fell from balcony

HRC: Quarantined voters disenfranchised and should be able to vote