by CMR
in News Roundup
0

HERE ARE YOUR TOP STORIES FOR MONDAY, NOVEMBER 19TH 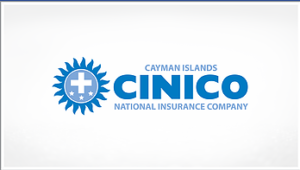 (CMR) The government has injected another $4.53 million dollars into the Cayman Islands National Insurance Company (CINICO) as they continue to lose money. This injection allows them to meet their legal capitalization requirements.

Notably expenses are running around $90 million annually. This does not include tens of millions of dollars for medical emergencies locally and overseas, to pay for healthcare for about 15,000 people which including civil servants, pensioners, seafarers, veterans and the indigent. Since the dismissal of former CINICO CEO last month no interim appointment has been made.

The Unity Government is seeking to make changes to the Freedom of Information (FOI) law in order to in the opinion of the Opposition curtail it's effectiveness. All members of the opposition voted against these changes which include; but the changes were still passed: Policy advice to Cabinet ministers will no longer be available to the public: records of opinions, advice and recommendations made to government ministers will be excluded from FOI.

PRISONERS TO HELP WITH GARBAGE COLLECTION Prisoners will be used to assist with garbage collections in new temporary scheme to help with backlog of trash collection.

Prisoners will ride the garbage trucks and assist crews collecting trash in neighborhoods across Grand Cayman, according to Minister of Health Dwayne Seymour. The government has struggled for over a year with garbage collection issues. 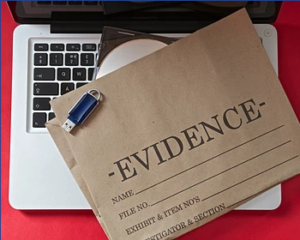 EVIDENCE LAW MODERNIZED Members of the Legislative Assembly voted to amend the Evidence Law on Friday, in an effort to modernize the rules for admitting hearsay evidence and witness statements at trial.

The bill amends a statute that removed the prosecution’s ability to draw an adverse inference when a defendant does not give evidence at trial. The attorney general said there was no need for this section of the Evidence Law because the issue of adverse inference is now dealt with in the Police Law.

Another amendment provides that if a person at trial attacks someone’s credibility and then chooses not to give evidence, the court may allow evidence to be given about that person’s bad character.

The bill also gives a wide definition of the word “fear,” including “fear of the death or injury of another person or of financial loss.”

The bill inserted several new provisions dealing with the use of documents to refresh the memory of witnesses; inconsistent statements; additional requirements for admissibility of multiple hearsay statements; documents produced as exhibits; credibility issues; and the court’s general discretion to exclude evidence. 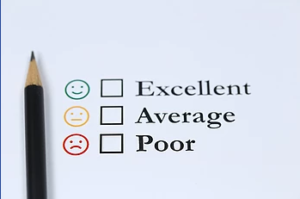 The motion is that top-performers in the civil service would be monetarily reward. The government agreed to consider creating a steering committee to implement the scheme.

Deputy Governor and head of the civil service Franz Manderson agreed to have the committee present a report within 12 months and ocnfirmed it was included in the civil service's five year strategic plan. 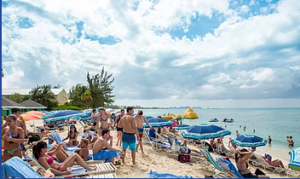 The tourism minister, Honourable Moses Kirkconnell, has confirmed that stay over tourism numbers account for a far greater percentage of the tourism dollar than cruise ship visitors.

In Friday's Legislative Assembly session he mentioned the record-breaking visitor arrival numbers for both the port and the airport. However, stay-over guest spending has grown by almost ten dollars to CI$193 per day, one of highest daily spends in region, while according to cruise industry figures.

By contrast, according to cruise industry figures, the individual spend by cruise passengers has fallen by more than $10, from just over $115 to $105 per head.

According to the Department of Tourism’s own statistics, the combined visitor arrivals by both air and sea by the end of October had reached 1.9 million, which is an increase of 18% on the combined arrivals for the first ten months of last year and the highest in recorded history.

Kirkconnell revealed that the last time the numbers came close to that was in 2006. But then, 88% was made up of cruise passengers compared to 81% now, as overnight tourism continues to grow, boosting earnings from tourism for the economy. So far this year there has been an increase in the money spent by overnight guests in Cayman of more than CI$56 million above last year.

(CMR) The authorities have provided an update to the public now that the Cuban standoff has ended. CMR had understood from...

(CMR) A man, age 21 of George Town, has been formally charged with Theft and Damage to Property, in relation...

(CMR) A van has collided with the Cayman Islands Red Cross building. At this time there are no further details....