Boat and car seized as 4 caught fishing in marine reserve

(CMR) Four men could be charged with several offenses after they were caught fishing in the Marine Reserve near Rum Point Channel last Wednesday, 2 February. The Department of Environment said conservation officers seized a boat and a Honda CRV, which the men were using.

Reports are that the DoE conservation officers responded to a report from the public of suspicious activity in the protected Marine Reserve.

A vessel was intercepted with persons in the water in the area. An Officer searched the area around the boat and recovered two net bags containing 51 fish of various species and 8 lobster, which all appeared to have been taken with spear guns from within the Marine Reserve. The seized seafood was donated to a local charity. 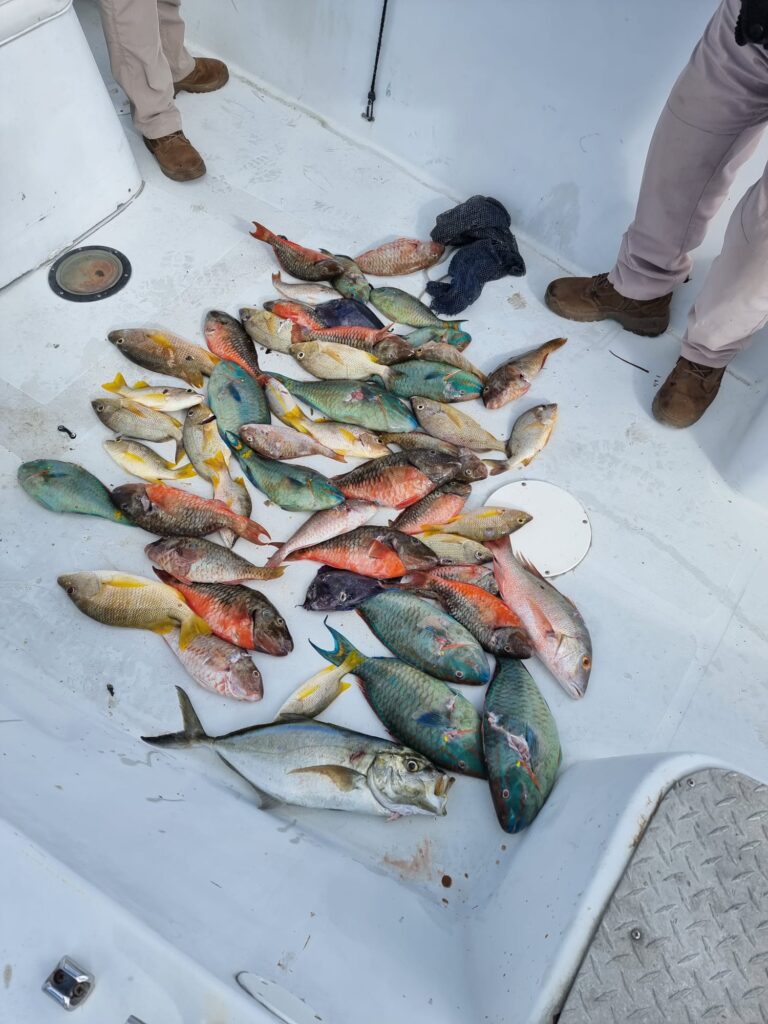 The public is reminded that violations of Marine Park, spear gun license, and catch limit regulations are criminal offenses that will be prosecuted. Breaches of the National Conservation Act should be reported to DoE Conservation Officers at 916 4271. Active poaching can also be reported to 911.

Persons can download the DoECayman app to know the Marine Park boundaries, fishing season, and catch limits in seconds on their phone or visit doe.ky/marine-parks.

(CMR) Diadema antillarum, also known as the long-spine sea urchin, is reportedly experiencing another high mortality throughout the Caribbean. There...

(CMR) The Easter holiday is a great time to enjoy the outdoors, especially camping by the sea. As many get...

DoE: disinfect water gears if you travel to Sister Islands for Easter

(CMR) The DoE is advising anyone traveling to the Sister Islands this Easter to help stop the spread of Stony...

(CMR) Persons of all ages are invited to participate in this year’s Chamber of Commerce Earth Day cleanup, which takes...

5-y-o crushed by gate in Trinidad and Tobago