(CMR) Residents of the island Exuma can now enroll in the Central Bank of The Bahamas’ “Project Sand Dollar,” beginning today, Dec. 27, 2019. Bankers insisted that “Sand Dollar” is a “digital fiat currency” – not a cryptocurrency, stablecoin or competitor to the Bahamian Dollar. Instead, it is simply a digital version “equivalent in every respect to the paper currency,” they said in the project outline.

They will receive mobile wallets that the Bahamian government sees as facilitating the future of payments on the island chain. Central bankers announced the debut on Christmas Eve. The Central Bank of the Bahamas (CBB) has introduced a digital version of the Bahamian dollar, starting with a pilot phase in Exuma and extending in the first half of 2020 to Abaco.

But it is also a step toward the Bahamas’ long-term goal of launching a fully-fledged central bank digital currency (CBDC). Also called the sand dollar, that larger project would link domestic residents and businesses across a seamless digital payment infrastructure.

In this vision, residents can pay retailers through wallet-linked QR codes, with banks moving funds in digital form. The Central Bank believes this could ultimately cut currency printing costs and transaction fees while enhancing financial inclusion.

“A widely adopted CBDC would place users at less risk of violent crimes that target holders of cash, and potentially reduce security and insurance costs associated with keeping cash on business premises,”

For now, however, the sand dollar faces far more restrictive limits from the government. Businesses cannot hold more than $1 million in their digital wallets, nor can they transact more than one-eighth of their annual business through the wallets in any given month. And individuals max out at $500, with higher limits coming through “enhanced due diligence” on their accounts.

The Central Bank “will vary these limits over time as may be necessary,” according to the outline statement.

“This is a continuation of the Bahamian Payments System Modernization Initiative (PSMI), which began in the early 2000s. The Bahamian PSMI targets improved outcomes for financial inclusion and access, making the domestic payments system more efficient and non-discriminatory in access to financial services,”

the CBB said in a statement. 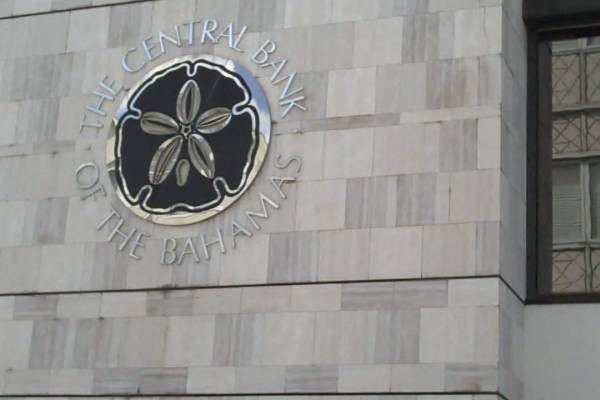 It said although average measures of financial development and access in country are high by international standards; pockets of the population are excluded because of the remoteness of some communities outside of the cost-effective reach of physical banking services.

It said more onerous customer due diligence standards for money laundering and the combatting the financing of terrorism (AML/CFT) international tax compliance have also resulted in forms of exclusion, including more recent responses to tighter “know your customer” systems introduced to preserve international correspondent banking relationships.

“As recent policy and regulatory reforms have begun to tackle these barriers, the Central Bank is intent on accelerating payments system reform, admitting new categories of financial services providers and using the digital payments infrastructure to make the supply of traditional banking services accessible to all segments of the population.”

The CBB said that recent surveys document that as part of a financial literacy campaign, there is room to improve both knowledge and awareness of financial products and responsible financial behaviour. It said opportunities also exist to reduce transaction costs for businesses and consumers.

The Bahamas’ retail-focused digital currency comes as more and more governments toy with launching CBDC schemes of their own.

Sweden’s Riksbank is building its long-awaited “e-krona” in partnership with consultancy Accenture while China appears to be on the verge of launching a CBDC next year.