(CMR) The Cayman Islands National Weather Service clarified this morning that Grand Cayman remains under a hurricane warning and a tropical storm watch is in place for Cayman Brac and Little Cayman. An initial lifting of the storm watch for the sister islands at around 10:00 am this morning was reinstated about one hour later.

Cayman started to experience some squally weather from the other bands of the storm shortly before midday.

A hurricane warning means that hurricane-force winds are likely within 36 hours. Marine warnings remain in effect particularly for the southern coast.

If the storm continues on its current path, Grand Cayman can expect overcast skies with widespread thunderstorms are expected from Sunday evening with tropical storm conditions by early Monday morning as the system nears the Cayman Islands. Extremely rough seas accompanied by storm surge are also expected.  Swells generated by Ian will spread into the Cayman area later today.

The sister islands can expect overcast skies along with widespread thunderstorms are expected from Sunday evening as Tropical Storm Ian moves closer to the Cayman Islands. Extremely rough seas along with swells and storm surges are also expected. Given the adjustments to forecast track, the possibility for storm force winds is lower for the Sister Islands. 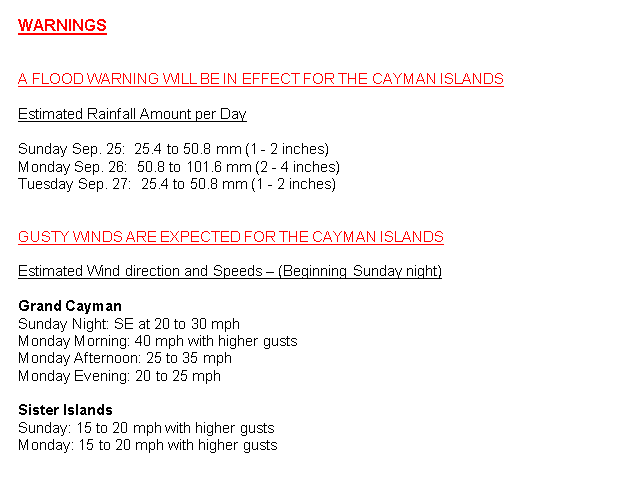 Interests in Florida are starting to monitor the track of the storm, which is anticipated to impact them in the coming days. The latest NHC track begins the hurricane into the coast south/southeast of Tallahassee Thursday night at category one strength. Ian is expected to become a hurricane by tonight or early tomorrow and is forecast to reach major hurricane strength before it reaches western Cuba.

Floridians are being warned that still too early to forecast impacts for any specific town or point in Florida. 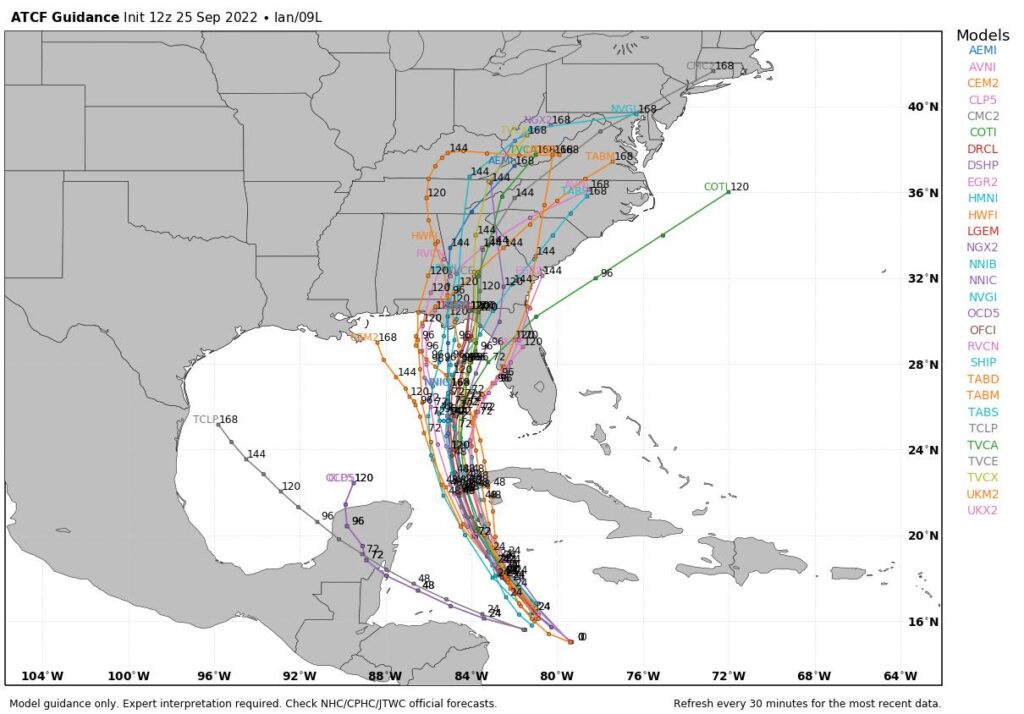 No, thanks.
How do you feel after reading this?
Tags: Hurricane