(CMR) The backlash against the McKeeva Bush assault video recently released by the Cayman Compass has not quite been what many expected. Despite that, the governor decided to request the cancellation of an event last night that was scheduled to happen for Miss Cayman World at the Cayman Islands Turtle Centre.

The function spearheaded by House Speaker Bush was to be held with all West Bay elected MPs in attendance Saturday evening with His Excellency Mr. Martyn Roper, OBE scheduled to arrive at 6:50 p.m. However, by 4:30 p.m. word reached CMR that the function was being canceled because of the release of the video. 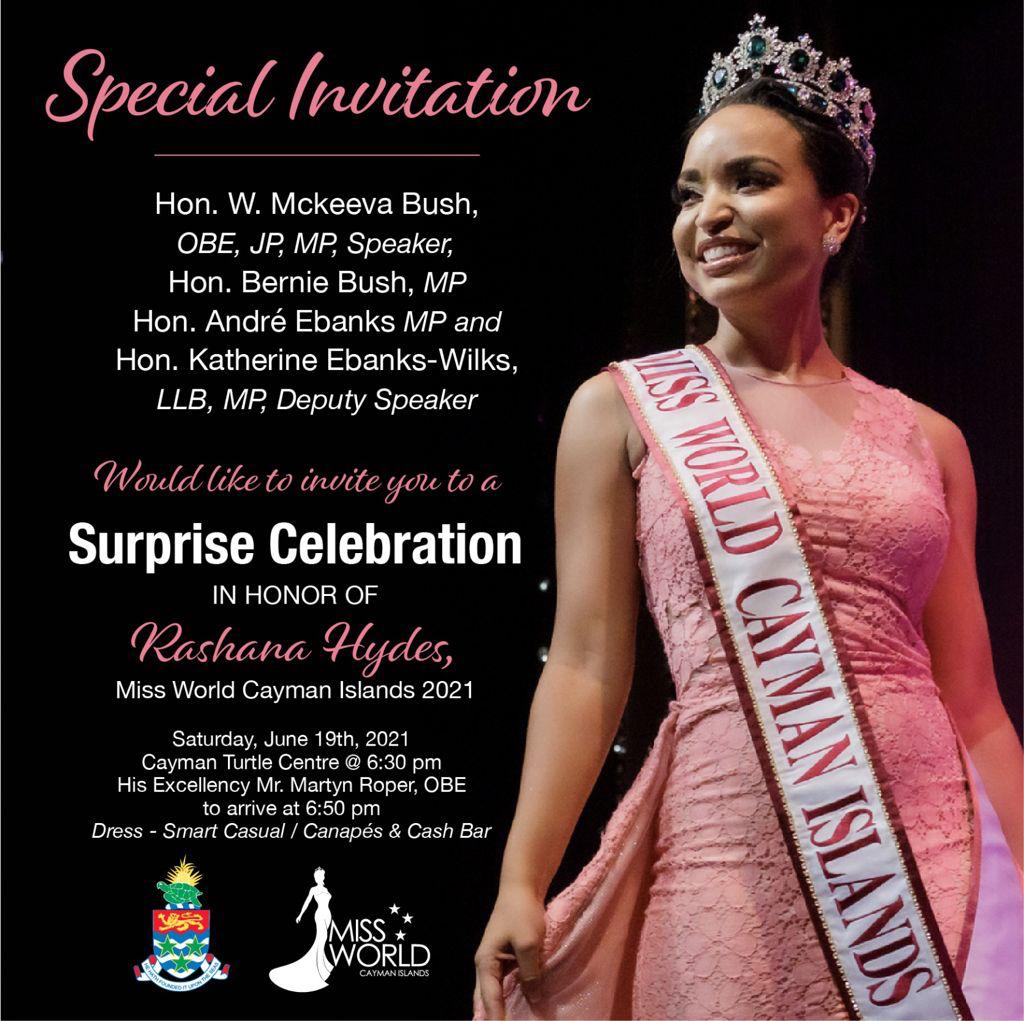 The last-minute cancellation appears to be the worse of the fallout thus far after the Compass decided to release the video late on Friday evening. They shared that the decision was made with the consent of the victim and utilizing the legal services of local law firm Nelson & Co. to request the video from the DPP's office.

Ironically, CMR was offered the video days after the PACT government was formed but inquired as to why if the person had it readily available they waited so long to come forward. They claimed that they had a family to think about but the timing appeared to be aimed at undermining the newly formed PACT government who were left with no choice but to utilize Bush as speaker yet again.

Surprisingly most people are turning a skeptical eye at the victim in the assault questioning her actions in handling the situation with Bush. In fact, CMR has received numerous messages from mostly women that have indicated they are now questioning their original feelings about the video.

Here is a small sampling of the viewpoints that have been received:

“I do not know how I truly feel about that MB video. But it begins and ends with a sloppy drunk man who at the time was Speaker of the House ( the highest most respected job on Island) stumbling into the back entrance of a bar. I see what people say about the woman and her actions BUT I see a man who had no business out in public in that condition…and I see him not only put his hands on her but also throw things at her. I can not give him right. But I can also see a woman who should have called the police and waited for them to come and do their job AND call the same security men who escorted him off the property. She had other options. And no one seems to know why the other woman didn't just stop filming and assist her friend. That is the video I want to see!”

“I wonder what ppm hopes to achieve with the compass video that is only proving it was a setup someone knew how to press his buttons. I would never taunt a sober man much less a drunk one now people will know he was provoked. Maybe we should see some of the beatings Alden have his wife and I heard he broke the spaniards arm because she was leaving him.”

“Wow..honestly I don't even know what to say because this video makes me think twice of who the guilty party or parties are 🤔?

I am reading a whole different story from this video.”

“I see Mac being attacked her not the way she claims. She appears to be attacking him when he is on the ground notice she is grounded and her stance doesn't change. If she were trying to get away from him her feet would be moving or she would be falling down. Later in the kitchen, he is only trying to get the phone from her because she and her friend have been chasing him around taking video 🤷🏼‍♀”.

“In the first few minutes of the video when he fell down and she was over him. What was she doing to him hitting him? Then when he got up she kept chasing him around. What for? Then he retaliated by grabbing her. Seems like she instigated all what happened to her by provoking him.
Maybe I am misinterpreting the video. Anyhow regardless he was wrong to hit her he should have called the police. He was obviously drunk.”

“Why wasn’t she charged? She tormented/provoked him. That’s my opinion. Following him around with her friend videoing. Guess they were looking a payout.”

“She should have just left him when he fell the first time and called the boys. Especially seeing him as drunk and clearly agitated as he was. She wasn’t helping matters at all. Again, not defending him nor what he did but it certainly wasn’t handled very well on anyone’s part. Where was his handler? I’m sure the entire bar, including her, knew who to call to clean his messed-up self up and get him out of there. As did the woman behind her filming the whole thing.”

“Damn.. wish there was sound. Clearly he was out of his mind hammered. Not saying what he did was right in any way but she should have left him alone. She appears to have been ‘poking the bear’ and not just once. She kept going at him. Very disturbing. I know this is way out there but, was there something going on sexually between the two and maybe he was making promises to her, money or other things and not delivering.. wow!”

Many have speculated that this has the Progressives' handprints all over it as they continue to seemingly appear desperate to regain control of the government. Many have shared the sentiments that they are not prepared to give this government four years in office but will continually seek to overthrow the government by any means necessary.

This backlash has caused the Progressives to issue a statement attempting to quash rumors that the release would have been supported or encouraged by them. Distancing themselves from the fiasco they are claiming that this is why they refused to run with him and that they were not attempting to use this to gain politically sharing:

“We wish to categorically state that we were not aware that the Compass was publishing the video until after the fact.”

TUNE IN TOMORROW TO DISCUSS THE VIDEO ON THE HOLD HARD TRUTH: