Stores in US board-up windows amid election fears

(CMR) Several businesses in the United States have boarded-up their windows amid fears that there may be social unrest following the election.

Forever 21, Tiffany, CVS, Target and Macy's are among some of the retail chains that have boarded-up their stores' windows.

While other businesses say they have beefed up security, in anticipation of protest nation-wide.

“While we intend to remain open where possible, out of an abundance of caution the windows of select stores in key cities will be boarded in anticipation of potential election related activity,” said Nathan Strauss, spokesperson for luxury jewellery retailer Tiffany.

In addition, federal authorities are said to be working on erecting  a “non-scalable” fence around the  perimeter of the White House.

More than 100 million Americans have already voted, having cast their ballots in early voting, prior to the opening of the polls on Tuesday (November 2).

The US 2020 election is shaping up to be a historic election, boasting the highest voter turnout in a century.

Both rivals spent the final hours of the campaigning in key swing states.

While national polls have Democrat Joe Biden ahead, data out of  swing states suggest a closer race.

Current President , Donald Trump, told Fox News that he felt good about his chances and was predicting a big win in key states like Florida and Arizona. 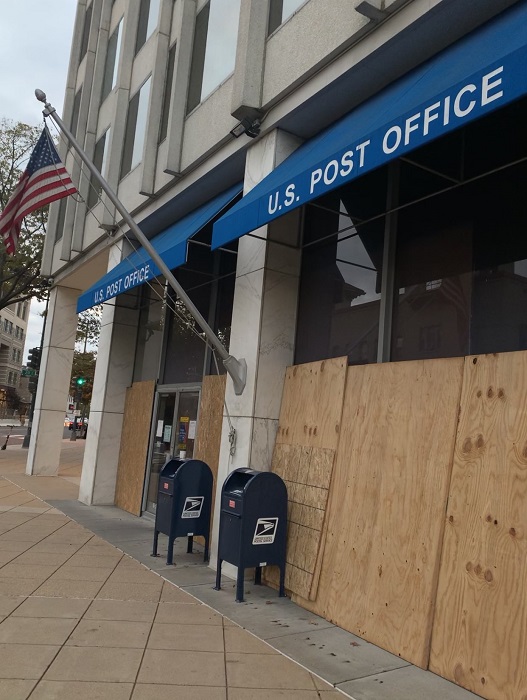 No, thanks.
How do you feel after reading this?
Tags: Democrat Joe BidenDonald TrumpJoe BidenUnited StatesUS 2020 election

Cayman to adopt terms Parliament and MPs after constitutional changes