(CMR) The Commissioner of Police has confirmed that a police officer observed sleeping in his patrol car earlier this afternoon at Scotts Dock in West End, Cayman Brac has been assigned to the RCIPS's Professional Standards Unit for a formal investigation and report.

The posting of the photograph on social media caused quite a stir earlier when it was reported that the officer who was supposed to have been awaiting the pending arrival of several Cuban migrants had fallen asleep in his parked and running patrol vehicle shortly after 2 pm today. It was shared that other than the Inspector on duty PC 400 Manning was the only one on duty in the Brac. Eyewitnesses called the police station to confirm.

Unlike most people willing to give him the benefit of the doubt he was reportedly not on a break at that time. He was also not in any sort of a coma or hurt as some may have suspected. 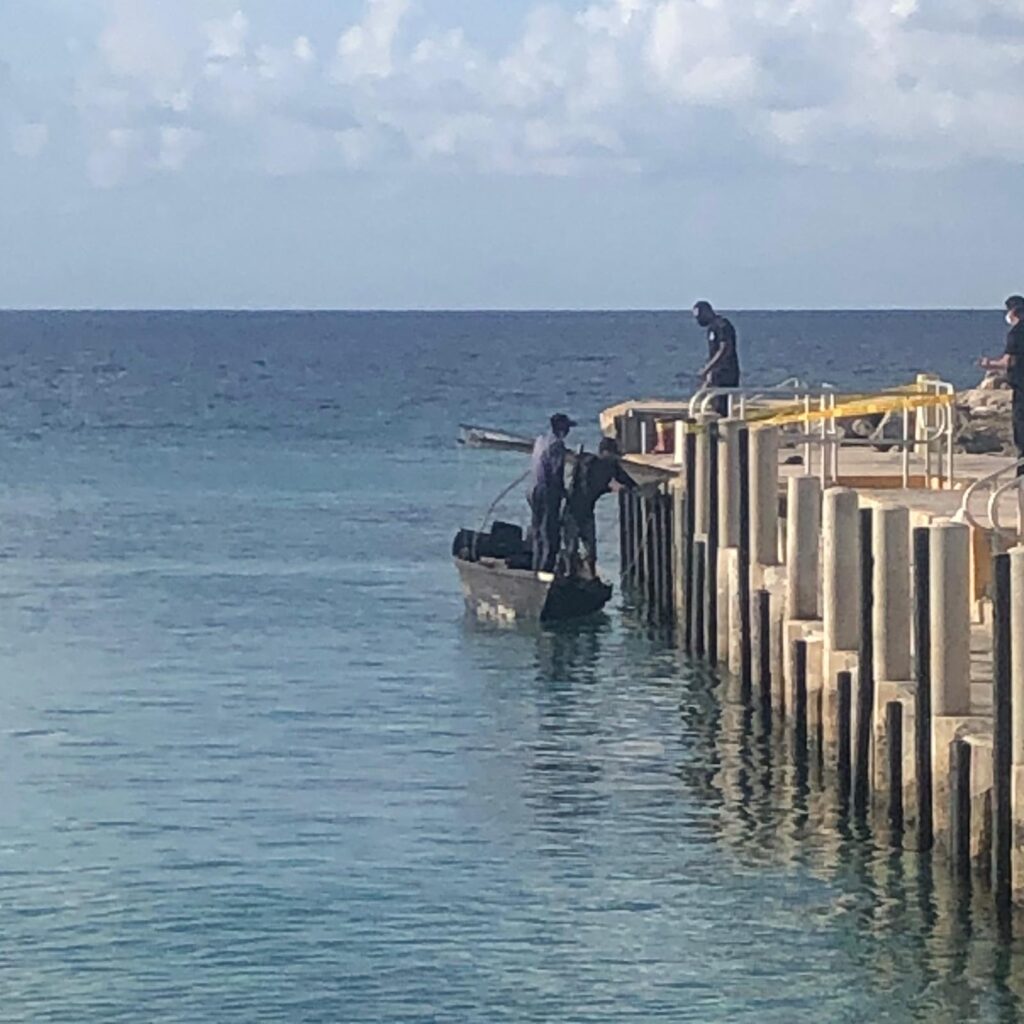 Customs & Border Control (CBC) Cayman Brac were also on location monitoring a small Cuban vessel with two migrants on-board. An ambulance was there was well anticipating the landing. They eventually came on board later on in the day. Cayman Brac Public Health officials were standing by to assist and ensure that all established COVID-19 isolation protocols will be followed.

In response to a CMR query, the police have confirmed that all illegal landers are subject to COVID-19 safety protocols. The three Jamaican men that were captured Thursday in West Bay appeared in court this morning but have already been tested and were awaiting results. They remain at Fairbanks in isolation and once remanded to HMP they would also remain in isolation under the prison's COVID protocols.

No, thanks.
How do you feel after reading this?
Tags: Cuban migrants

(CMR) Oraine Anthony Duncan (39) agreed to an extradition warrant from the State of Connecticut, USA, to answer to multiple serious...

(CMR) McKeeva Bush, Speaker of Parliament has finally tendered his resignation to the Clerk of Parliament, which will be effective...

(CMR) The Cayman Islands Customs and Border Control Service (CBC) has confirmed that two vessels with a total of ten...

Extra buses added to some routes

(CMR) Some routes now have extra buses to help facilitate the schools on Walkers Road and businesses in the area. ...

Three charged in connection with 2016 robbery of RBC bank