BREAKING: Reporter Vallecillo Jr. gunned down in Honduras this afternoon

It was not even 7:00 AM and my WhatsApp already had messages from all over the world, since midnight. And let's not say Facebook, it is already 9:00 am and it will probably be impossible to answer them all the rest of the day, but if there is something nice in all this it is love without any commitment that everyone has for me. So many blessings that they send me that are “pure gold” for me. There is nothing more valuable in this world than the grace of God and having so many friends. God bless you and your families. Thank you from the bottom of my heart.

Vallecillo wrote in one of his last messages this morning

(CMR) Social media commentator and journalist German Vallecillo Jr. was gunned down on his birthday in the area of Colonia Naranjal in La Ceiba, Honduras earlier this afternoon.

Reports are that both he and his cameraman and best friend Jorge Posas were killed in some sort of an ambush in La Ceiba, Honduras. A video captured the incident where it appears that several gunmen ambushed the Honda that the men were traveling in around midday in the El Naranjal neighborhood in the city of La Ceiba, Atlántida.

The video shared by TeleCeiba shows people were on the street of the brazen daylight attack and a white truck can even be seen backing out of the street and taking another route. Vallecillo Jr. is a social communicator of Ceibavision and his partner Jorge Posas were currently working for 45TV another media outlet in La Ceiba Atlantis. The prominent young man was a broadcaster of 92.7 FM in Ceiba, Atlántida.

Vallecillo Jr. was driving the Honda vehicle with his cameraman when he was attacked by what appears to be two men.

Vallecillo Jr. runs a very popular social media news platform with over 47,000 page Facebook followers. He also had a TV station called 45TV. He had just posted some photos several hours ago. Birthday greetings from his mothers and many others were pouring into his social media pages and his phone before the incident: 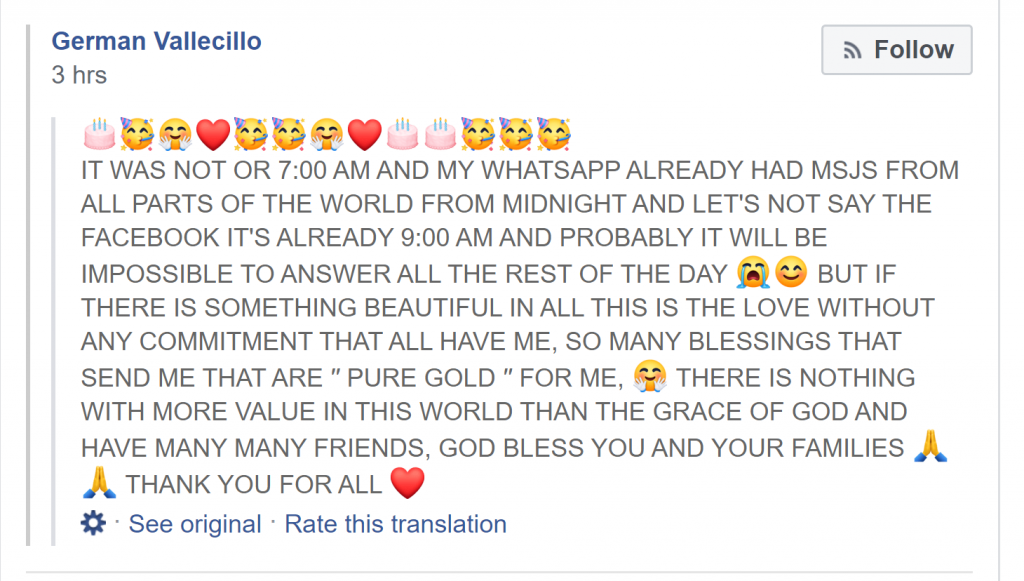 Vallecillo Jr. is said to have been running for political office. Numerous photos of the ambush were circulated on Honduras news platforms via their social media pages. Caution is recommended in viewing the images: 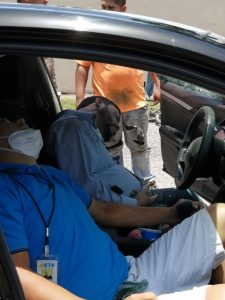 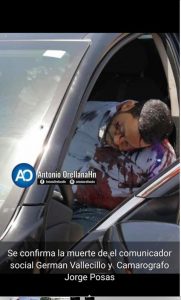 The College of Journalists issued a statement expressing their deepest regrets in the murder of the journalist issued a statement demanding a “deep and extensive investigation to bring those responsible to justice.” The shared that they were showing solidarity with his father German Vallecillo. Germán Vallecillo Jr. was the son of senior journalist Germán Vallecillo, who worked for many years in media throughout the country.

Vallecillo Jr. also has family in the Cayman Islands, photographer Luis Vallecillo is his brother.

No, thanks.
How do you feel after reading this?
Tags: German Vallecillo Jr.