(CMR) A drunk driver collided with multiple vehicles off Godfrey Dixon Way, George Town after a police chase and was arrested by the operational support unit and multiple police officers around 5:30 pm this evening.

CMR understands that the driver ran into several DMS Broadcasting station vehicles after being chased by the police. He also hit a police car in the vicinity of DMS Broadcasting and eventually crashed into the mini-mart where he was apprehended.

The commotion saw several police vehicles including one of the new RCIPS vans which eventually took him away as onlookers observed the situation. 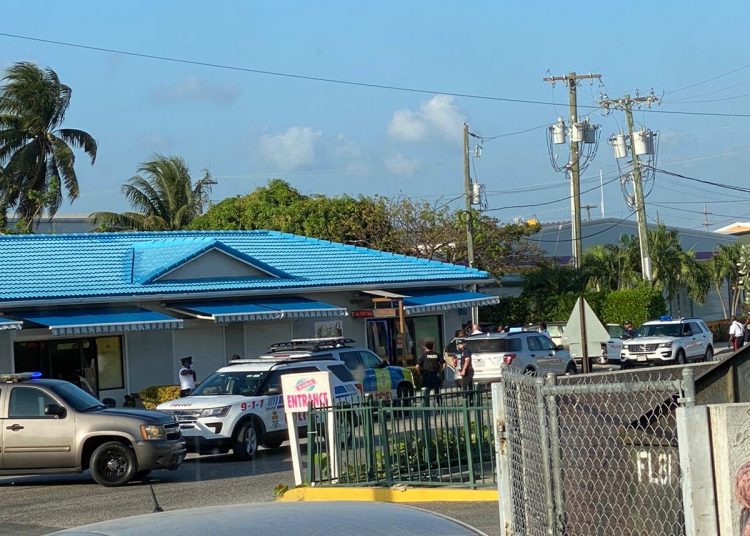 Police later confirmed that an officer on vehicle patrol in the vicinity of Godfrey Nixon Way, George Town, had cause to stop and speak to members of the public.

The driver of the vehicle, a man age 43 of Bodden Town, attempted to flee the scene on foot but was apprehended and arrested on suspicion of several offenses including damage to property and DUI. The officer in the police vehicle was uninjured.

No, thanks.
How do you feel after reading this?
Tags: drunk driver