(CMR) Local steakhouse Copper Falls has announced that they are closing permanently and will not be re-opening one day after their 15th anniversary. The decision was made on Friday and announced in a letter that was sent to employees earlier today.

The statement indicates that whilst some businesses have closed temporarily because of the COVID-19 pandemic they will not survive this and “became one of those casualties”.

The letter also confirms that staff were being notified by letter and not via staff meeting. Dianne Parson, Director/Secretary of the management company that owns Copper Falls also shared that she may not have emotional ben able to handle a face to face meeting and apologized for that. The decision appears to have been made late on Friday as she shares:

The final paragraph encouraged expat staff to contact the emergency travel hotline to make arrangements to leave the island.

The steakhouse was located across from the Strand on West Bay Road and always appeared to have a loyal following.

UPDATE: Despite the clarity of the letter a Twitter post has indicated that the letter is not for public consumption and in fact it may very well re-open at some point. 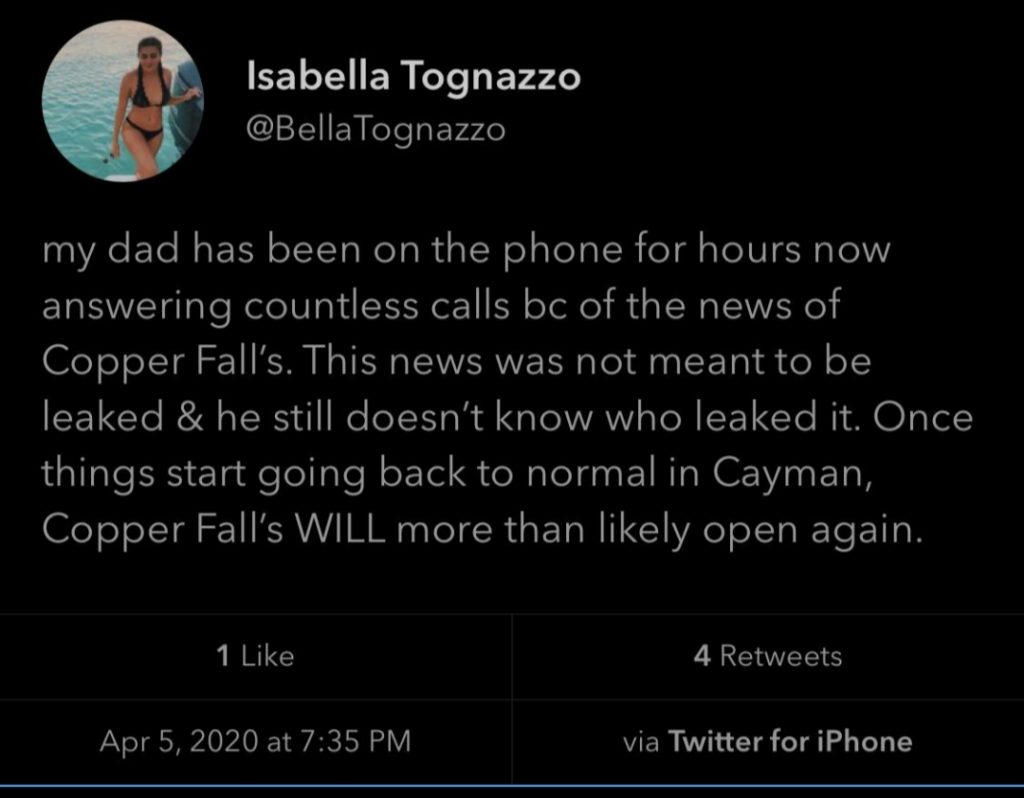 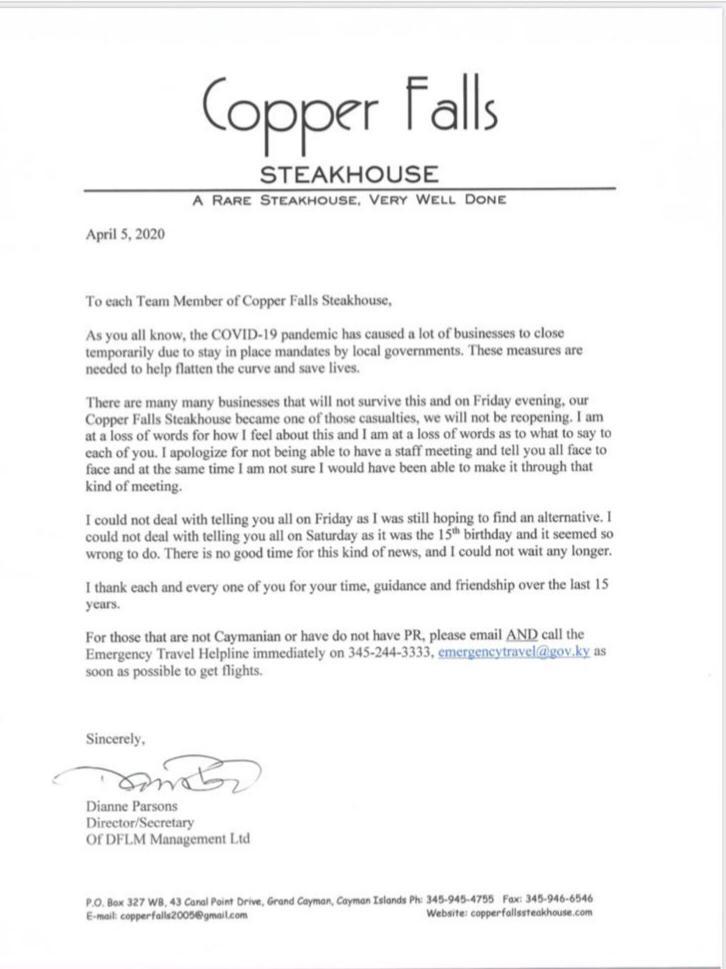 No, thanks.
How do you feel after reading this?
Tags: Copper Falls Steakhousecovid-19