(CMR) The Owen Roberts International Airport (ORIA) is temporarily closed this afternoon after structural damage was done to the runway resulting in the lifting of the pavement.

Cayman Marl Road was alerted to an issue shortly after 4:00 pm this afternoon when it was disclosed that Cayman Airways Flight KX 883 from La Ceiba, Honduras was left circling and unable to land at its' scheduled 3:50 pm time. The plane eventually was diverted to Cayman Brac.

CMR then went to the airport and began live streaming with additional exclusive information that we had received.  Our sources indicate that due to the stripping of the runway last night by Island Paving and subsequent landing on that section by planes this morning; holes were created and the airport had to be closed. We understand that the Fire Brigade also drove over that portation of the runway this morning and that may have contributed to the issue.

Numerous flights were impacted by this incident included British Airways (BA) which was sent back to Nassau, Bahamas. We understand that the BA captain erroneously told the passengers there was a bad earthquake in Cayman that's why they had to divert to Nassau.

We also understand that the Cayman Brac flight this evening has been canceled and the flight from Tampa had to be diverted to Miami as well. There were three American Airline flights on the ground unable to leave.

CAL visited the airport and it appeared that few passengers were aware of what was going on and some had been told the airport would be opening back within 30 minutes. However, CMR was told the damage could take “upwards of two days” to fix properly so that no further issues are incurred. 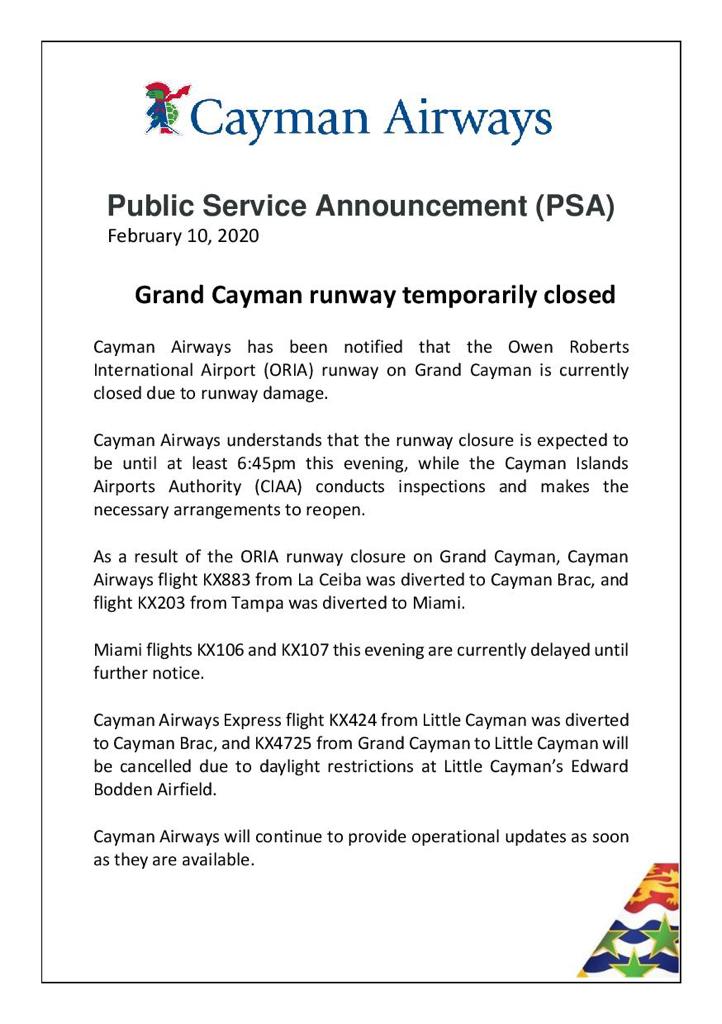 The airport was being stripped to start the runway expansion project. CMR will keep you all updated on when the airport has reopened. We understand at 5:55 pm a small plan was permitted to land.

Hazard Management indicated they were not informed until 5:45 pm by Cayman Airways of the airport closure – some two hours later.

6:20 pm Update: Opened by declared reduced distance. None of the larger flights can land at this time. However, they will be sending persons across on the smaller planes from the Honduras flight because there are no accommodations for them on Cayman Brac.

Meanwhile, persons in Miami are struggling also to find accommodations. 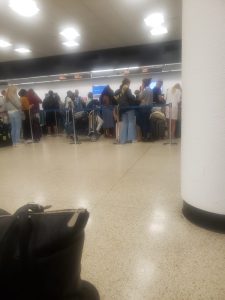 We understand that the strip would have to be properly inspected by FAA before it can be re-opened. 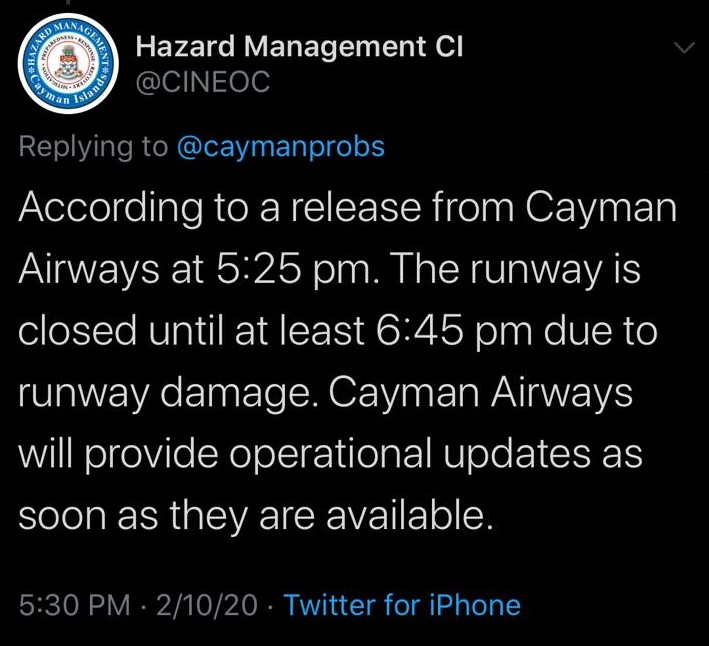 No, thanks.
How do you feel after reading this?
Tags: Owen Roberts International Airport