On the heel of the appointment of the new Ombudsmen coming from Canada Cayman Marl Road's recent investigative efforts led us to a series of disturbing charges against a senior member of the ICO staff. It may be the first order of business for the new appointee that she has to address what appears to be a habitual issue with her 2nd in command.

At present Martinson has over 5 separate criminal charges pending in the Cayman Islands court system. The charges range from damage to property, disorderly conduct, resisting a police officer, careless driving and leaving the scene of an accident.

Some charges are from 2016 and some are from 2017 – clearly at least two separate incidents. Additionally, Martinson had charges in the state of Virginia in the Arlington General District Court in March 2015 for public swearing and intoxication. CMR contacted the court there and was informed that he paid a fine for the misdemeanor offenses.

It appears that although Martinson has these various charges pending against him he is still on the job full time and no action has been taken to suspend him from his duties pending the outcome of the matter. We contacted the Acting Information Commissioner, Jan Liebaers, for comment but he was unable to provide one at this time.

Whilst it is customary for civil servants to be suspended with pay following criminal allegations it should be noted that independent government bodies do not fall under the remit of the civil service and therefore are not subject to the same disciplinary procedures. Mr. Franz Manderson, Deputy Governor, commented that it would be appropriate for the Acting Information Commissioner to deal with the matter and when the new Ombudsman arrives she could also handle the employee. The ICO and Office of Complaints Commissioner will be merged into one office with her as the head. 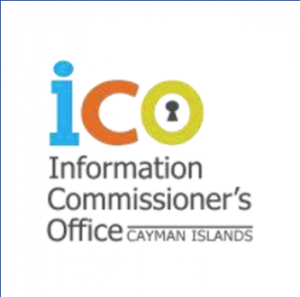 There are numerous concerns about a senior manager who clearly continues to struggle with abiding by the law. One senior human resource manager not connected to that department indicated that she is concerned about the example such a situation sets for junior staff. “These allegations don't appear to be ones that are exemplary and could very well be leading to morale issues if other staff members are aware of them. Worse case scenario is that his supervisors have knowledge of these numerous offenses and refuse to act. Other staff may be negatively impacted by this.”

For some there is also a concern that as a foreign national, Martinson is undeserving and able to remain in a post that could otherwise be held by a qualified Cayman or presenting upward mobility issues for ICO staff when no action is taken about his poor behavior.

CMR sources have informed us that this weekend Martinson is off island to be married in Jamaica.

No, thanks.
How do you feel after reading this?
Tags: Cayman Islands Commissioners OfficeCory Martinson