(CMR) A woman went on a rampage after a man she claims to have had personal relations with spent the night with his wife. Kadia Kerr can be seen on CCTV camera taking a rock to a man's car at an address in West Bay mashing up several windows around 10:41 a.m. Saturday morning. Sadly, reports also indicate that her five-year-old child was in the back seat of her vehicle and would have witnessed the entire ordeal.

It has been revealed that she has been “harassing” the man's wife for over a year and the police have been slow to intervene allegedly because her mother is a former police officer. Police have yet to arrest her for this latest incident by press time. 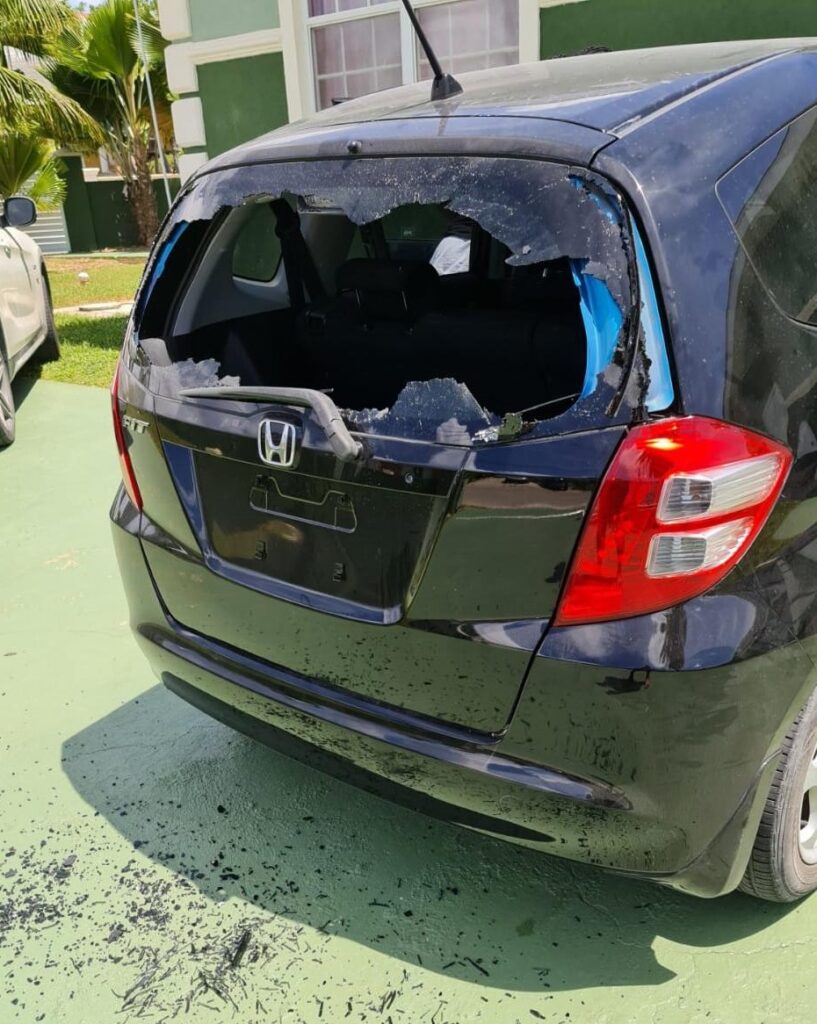 One source shared that she has been messaging the wife despite numerous messages to stop since March 2020 “trying to prove that the husband is with her but he continues to adamantly deny her.” In an attempt to reconcile with his wife he decided to spend the evening at her residence which was met with this Kerr becoming violent.

The victim shared that her BMW was previously vandalized in a similar manner with the back glass being smashed out and now she wonders if it could all be connected. Unfortunately at the time, her CCTV cameras were not operational so the police were not able to proceed with a prosecution. 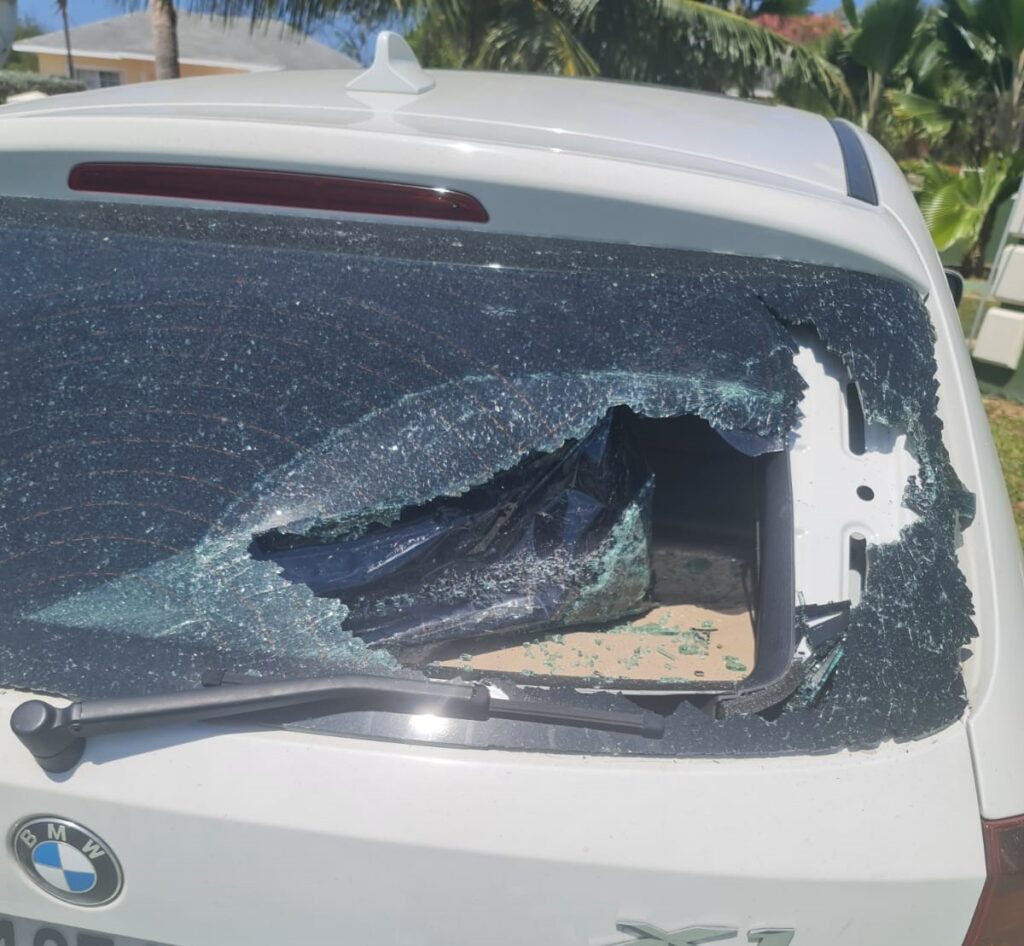 “This is a pattern of behavior for her. Her first child belongs to someone's husband. She puts herself with men that are taken and when they refuse her she contacts their wife/partner and harasses them.”

For her part, Kerr has shared that the vehicle actually belongs to her and she simply lost it after the man who lives with her spent the night at the other woman's house in her vehicle.

This act she said comes after he has been claiming for months now they are no longer in the marriage and has been staying with her. In fact, he told Kerr that he had filed for divorce in January 2021. Despite that, there is proof that he had been playing both women and continues to engage in relations with them and it was his wife who sought the divorce from him.

Some sources shared that they are not the only women in his and this is the classic case of multiple women being played by one man.

Kerr has indicated that she has already taken steps to seek professional counseling to help her through the situation and has cut him out of her life forever. The other woman has also indicated that she is through with him and wishes to have no more drama in her life. Only time will tell how resilient these women are.

No, thanks.
How do you feel after reading this?
Tags: Kadia Kerrwoman scorned