(CMR) Tropical storm conditions are expected within the next 36 hours as Grace is forecasted to move over Grand Cayman around 3:00 a.m. on Wednesday morning then approach the Yucatan peninsula of Mexico late Wednesday or early Thursday. The system shifted away from the sister islands and has become better organized overnight now a Tropical Storm with maximum sustained winds of 45 mph.

At 8 a.m. EDT, the center of Tropical Storm Grace was located about 120 miles (195 km) east of Montego Bay, Jamaica, and about 340 miles (550 km) east-southeast of Grand Cayman. Grace is moving toward the west near 16 mph (26 km/h). A general westward to west-northwestward motion is expected for the next several days. On the forecast track, the center of Grace will move near the northern coast of Jamaica this afternoon. 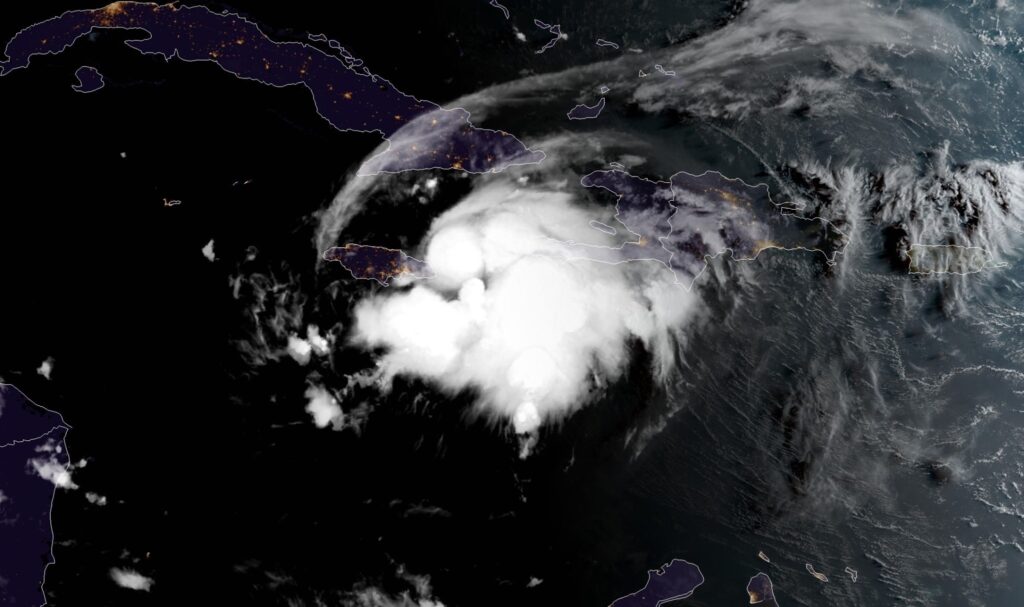 A general westward to west-northwestward motion is expected during the next several days. On the forecast track, the center of Grace will move near or over Jamaica today. Grace is forecast to move near the Cayman Islands tonight, and then approach the Yucatan peninsula of Mexico late Wednesday or early Thursday.

Over far southern Cuba, Jamaica, the Cayman Islands, and portions of the Yucatan Peninsula….3 to 6 inches of rain with isolated maximum totals of 9 inches are expected through Thursday. This heavy rainfall may lead to flash and urban flooding.

Gradual strengthening is forecast during the next couple of days, and Grace could be near hurricane strength when it approaches the Yucatan coast of Mexico late Wednesday and early Thursday.

A Flood and Marine Warning is also in effect. Residents are urged to continue monitoring the development of Tropical Depression Grace.