(CMR) The Expat Association of the Cayman Islands (EPACI) has sent email correspondence which they claim was being sent in confidence threatening Cayman Marl Road. In a strange email, the organization claims to be willing to take action against CMR for “orchestrating a campaign to try and identify who our team are”. It was penned by “Jo”.

EPACI was set up in late September in an attempt to what they claim is highlight the prejudices that the expat community is having to face in the Cayman Islands. The group has received tremendous social media backlash against the false narrative perpetrated on their website. Ironically, CMR approach to what's likely to be a handful of persons hiding behind a website is to largely ignore them.

“Obviously this a few people with a persona agenda trying to stir the pot and it would be great if they had no meaningful platform on which to do so. We discuss the fakeness of the site and the cowardness of the people behind it because the community is talking about it. Trust me, we would rather not because they clearly are looking attention for their ridiculous platform.” 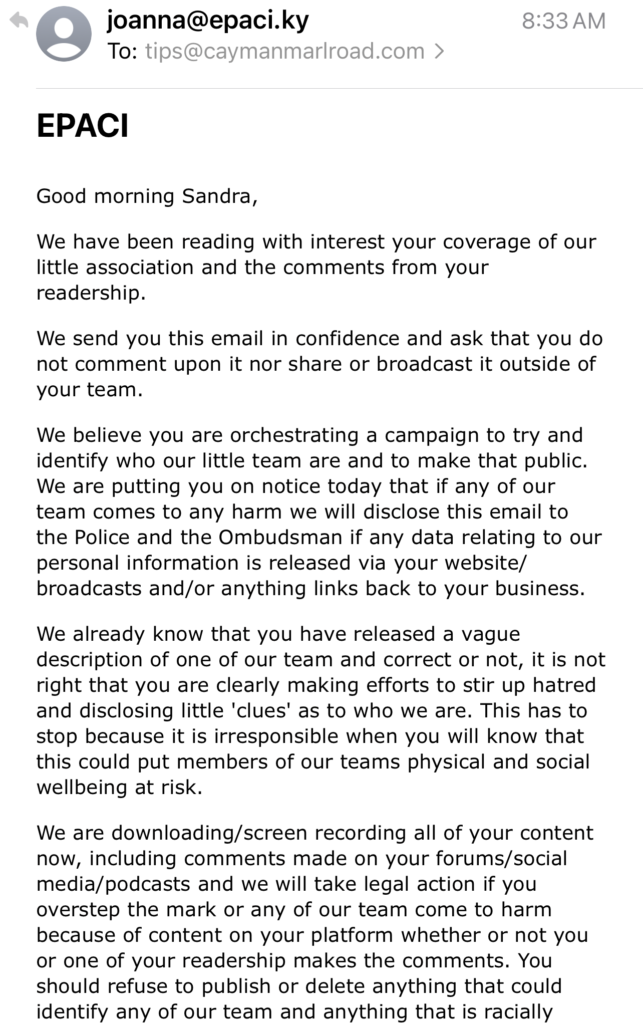 The website has changed its narrative several times from clearly being anti-Caymanian/Caribbean to now pretending to be concerned about the rights of all people on these islands. Initially, there was speculation that “Scuba Steve”, the initial moniker attached to the site, was part of the moment against the PACT government to stop vaccine mandates.

Many believe that whoever these persons are they timing their platform around what they believe is an opportunity presented by the recent minority dissent with the Cayman Islands.

In light of this approach, it's amazing that EPACI is willing to contact CMR firstly requesting that the correspondence be confidential and then in the next paragraph make false accusations and use that to attempt to silence the community. EPACI is erroneously and perhaps strategically trying to deflect the community's disdain for their group and associated members onto CMR with likely hopes of getting some sympathy in the community.

The very strange email comes from another fake named person identifying themselves as Jo. The administrators of the site appear to believe that CMR is capable of finding out their true identity from the WordPress site. Ironically,

CMR contacted the RCIPS about the site contents which hyperfocus on English police officers being discriminated against because of their color and nationality. They have yet to comment on the issues inside the police force that would lead to such a diatribe.

They claim that they want CMR to have a dialogue with them so their content can be shared. The matter has been reported and forwarded to the police for further investigation. 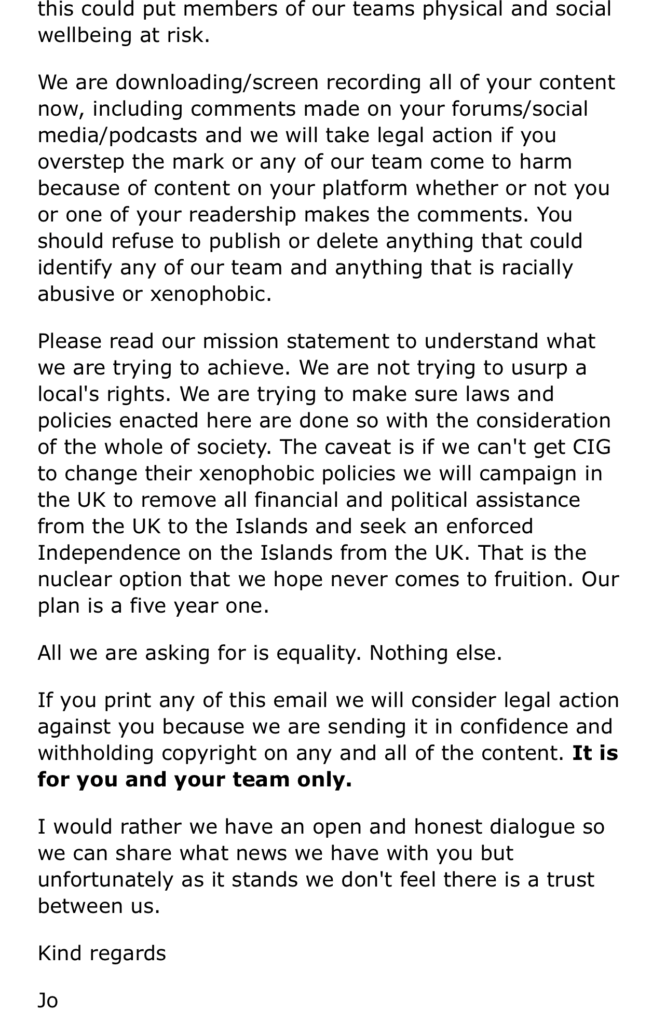 No, thanks.
How do you feel after reading this?
Tags: EPACI