(CMR) In an ironic twist, four containers have made their way off into the ocean this morning apparently after having fallen off the local dock on what was to be Referendum day to decide on the port expansion and cruise berthing facility. One full container sunk and three others floated on the surface

CMR understands that rough waves were a contributing factor and the police have just arrived on the scene. We have received numerous photos and videos of the three empty containers floating around the waterfront. There appears to be a brown, white and blue container afloat.

The incident has created quite a scene with numerous persons now headed to the waterfront. 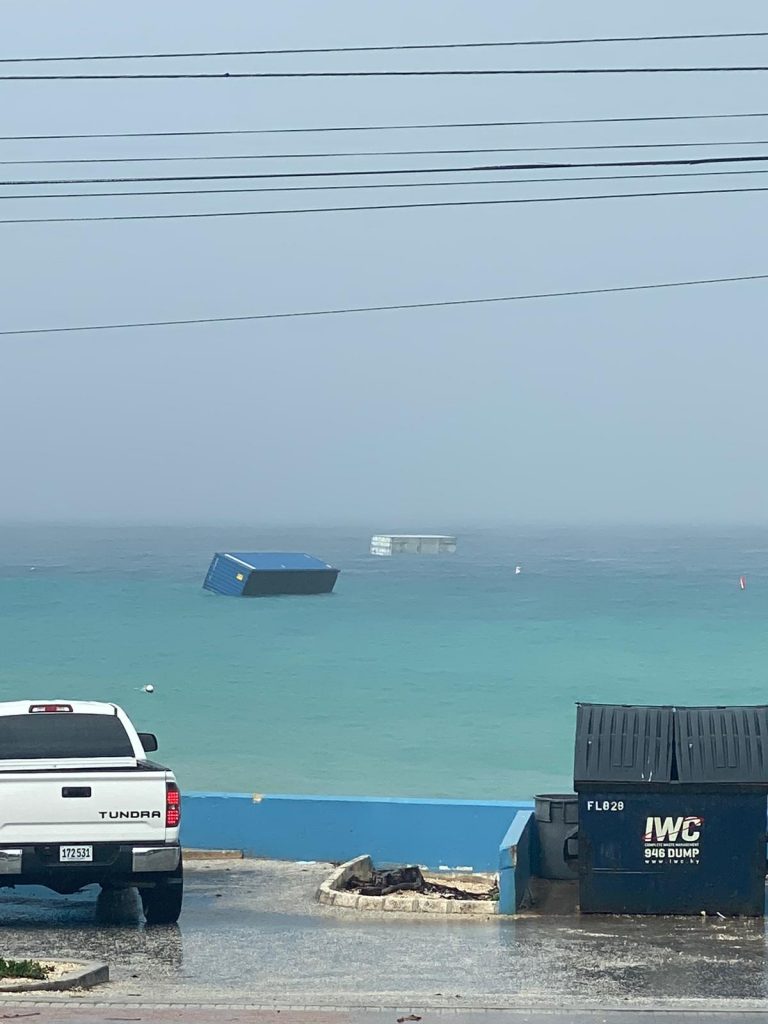 The rescue mission is now underway.

No, thanks.
How do you feel after reading this?
Tags: cargo port facility