The Cayman Islands Development Bank (CIDB) is coming under extreme criticism today as parents are expressing outrage that their computer systems have been down for several weeks negatively impacting pending student loan applications.

The outage impacts the bank’s ability to conduct reference checks and communicate with their various customers via email. CMR sources have confirmed that the outage has been ongoing for several weeks now and parents have finally had enough.

Many families are anxiously awaiting the outcome of their student loan applications in order to plan for the upcoming fall semester. This process for overseas students is already an arduous one and requires making trips to Jamaica to obtain visa applications.

However, visa applications require proof of financing and this outage has now impacted some persons who already made their travel arrangement and visa appointments. As one parent noted, students are not in a position to wait last minute to book those appointments because of the long wait involved.

CMR also has been informed that instead of fixing the issue efforts have been made to hide this information from the general public and elected officials.

One parent that was really surprised by this situation shared with us the predicament that this has placed their child in:

“It is imperative that my child receive the necessary financial assistance offered by CIDB in order for university fees and other incidental fees to be covered. This is disappointing to learn that student applications have been delayed due to computer issues within the bank which has been going for two weeks now. Every day that I call to inquire on the matter, the answer is always the same – basically that the computer system is still down and people are still working on it. Where does this leave our Caymanians students who rely on financial assistance in order to pursue their overseas studies?” 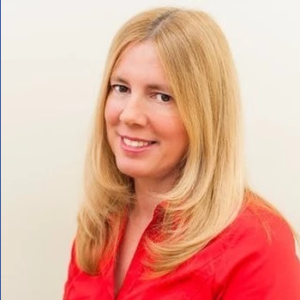 When CMR made some inquiries we were informed by the CIDB receptionist that the system still isn’t up as of this afternoon. We further understand that they may have to bring someone from overseas to assist with dealing with the matter despite having in-house IT personnel.

When CMR reached out to CEO and General Manager, Tracy Ebanks she inquired as to why we would want to do a story on this and she would have to refer the matter to the ministry for any further comments. She stated that the issues are limited to emails only and should be resolved today.

However, we understand that the system outage is far greater than merely emails and customer data could have been lost.

If a child is unsuccessful with a loan from CIDB they may be unable to attend university this fall because it would not be feasible to submit a loan application elsewhere especially for those attending American universities.

CIDB student loans are an attractive option for parents because they can opt to pay only the interest during the period of study.

Mr. Alva Suckoo, MLA from Newlands and former education consulate was surprised to hear of the outage and stated:

I was not aware there was a serious IT issue at CIDB however I am being told 2nd hand that there is and that it is impacting students who need to make arrangements with schools overseas. I am making inquiries into what is being done to address the issue as quickly as possible so that our students are not negatively impacted or inconvenienced. I am aware that CINICO recently experienced a serious email outage as well and I have to question if the infrastructure put in place at these Government organizations is being properly maintained and upgraded. There must be a level of redundancy and downtime tolerance that ensures these outages are not impacting the businesses and their customers. Clearly a few hours of downtime may be tolerable but I am hearing of outages lasting weeks which is totally unacceptable. Hopefully CIDB will issue a statement on the status of their IT and what plans are in place to address it.

Founded in 2002, the Cayman islands Development Bank (CIDB) is a statutory body of the Cayman Islands Government, called to build on the strength of two former Institutions, Agricultural industrial Development Board (AIDB) and the Housing Development Corporation (HDC).

It is governed by the Development Bank Law (2004) Revision. Section (9)1 Functions and powers of the Bank.

“It shall be the function of the Bank to mobilise and provide finance for and promote and facilitate the expansion and strengthening of the economic development of the Islands.”

In 2015 the PPM government former Minister Wayne Panton attempted to revitalize the CIDB by introducing several new loan schemes designed for small and medium sized enterprises (SMEs) and for public sector workers who want to consolidate high interest rate debt. We understand that this program is no longer available or being capitalized.

Note: We were unable to acquire any information on CIDB's board of directions as the web page states “under construction”: http://www.cidb.ky/board-of-directors/

Parenting continues to accused the CIDB CEO of a cover-up stating that the issues have not yet been resolved:

Parent comment: Please notify Mr. McTaggart that he really needs to investigate the situation with CIDB himself and not rely on the lies he is being fed by the CEO? They still do not have proper system access, he can call the direct line and check for himself. They finally have emails but the banking system is still down and in the main time, our Caymanian students are being negatively impacted by this mess!! He needs to investigate for himself and not take The CEO's word for it, she has them in the dark on what is really going on.