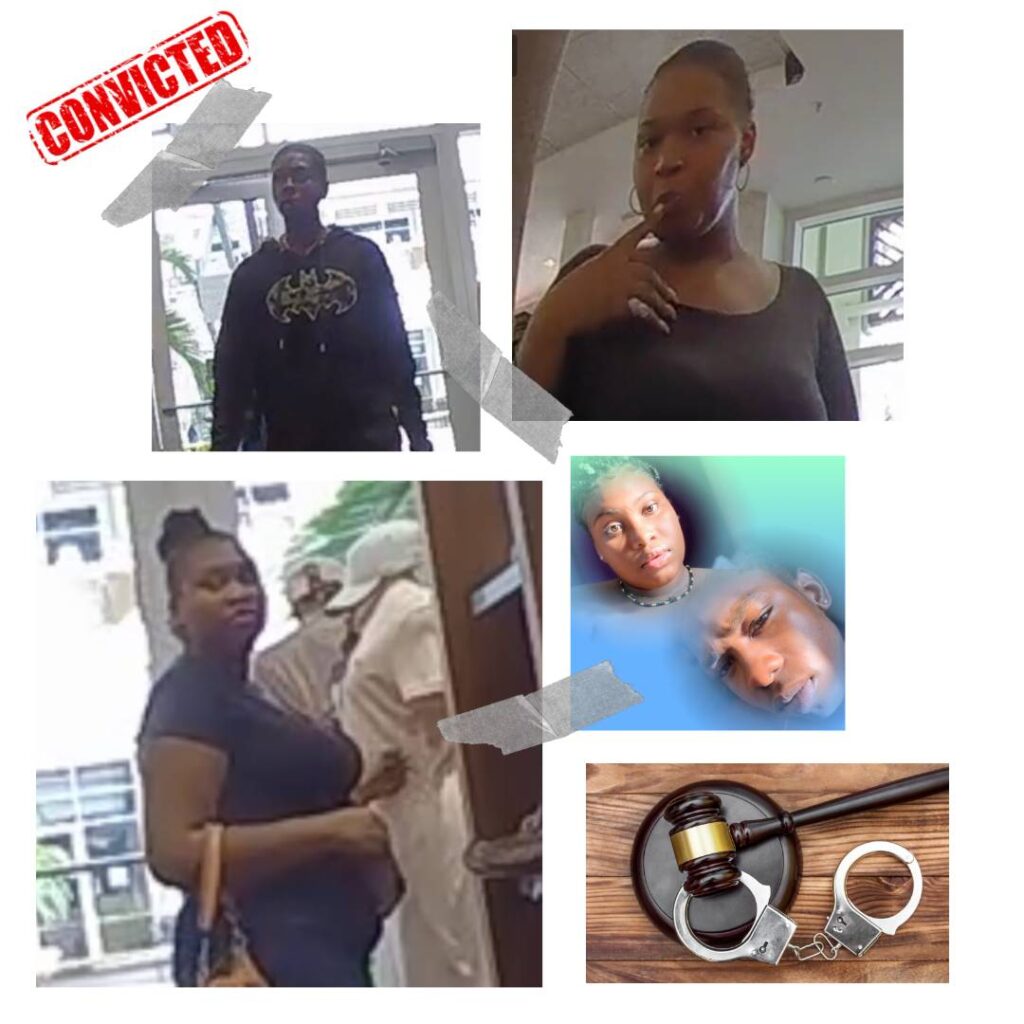 (CMR)  Three shoplifters who targeted stores in Camana Bay have now been convicted in the Cayman Islands Grand Court after being convicted of stealing over $1,500 in merchandise back in October of last year. The trio went into POLO and NKY where they stole a slew of items in less than 30 minutes and have now been found guilty of conspiracy to commit theft.

Jessica Ebanks pleaded guilty to conspiracy to commit theft but her co-accused Whitney Alecia Powell and Drackenburg (Drake) Seven Levy both pleaded not guilty.  However, after a jury trial on September 21 which concluded on the 30th they were both found guilty of the offense.

One of the shoplifters originally protested that CMR had wrongly identified her as being one of the culprits.

The owner of the stores took the stand and testified about the red flags that she observed and what traits and characteristics could be seen in them as they proceeded to take up multiple items of clothing and accessories. With her 25-years of experience in the fashion retail business, she was a compelling witness for the prosecution pointing out to the jury things like suspicious body language and how they collaborated as a team working to distract store employees.

The prosecution used the video footage from the incidents to show that this was indeed a joint enterprise between the parties who are scheduled to be sentenced on November 26.

The owner is hopeful that this conviction sends a strong message to would-be shoplifters who feel entitled to enter stores and take merchandise they have not paid for.

No, thanks.
How do you feel after reading this?
Tags: Drake LevyJessica EbanksWhitney Powell

(CMR) Cayman Marl Road reported disturbing images of an infant child being raped in 2020 to the RCIPS, which led...