“Harder to stick to a story when it's not true”

(CMR) The fate of DJ Renato Harris now rests in the hands of Justice Marlene Carter after the court heard closing arguments Friday afternoon. The prosecution's case was that the defendant should be found guilty of the two counts of rape that led to his victim having to obtain an abortion, while the defense argument was “she wanted it.”

Crown Counsel Sarah Lewis of the DPP's office told the court that this was essentially a case of consent and that the evidence demonstrates the victim was not in a position to give consent to the first alleged assault and on the second occasion, which happened within hours of the first one, she adamantly protested and attempted to fight off Harris unsuccessfully.

The alleged rapes followed a night of heavy drinking by the victim despite the DJ claiming that she was not intoxicated at all. The prosecution's evidence was that the complainant had gone to several bars during the evening and was drinking for about six hours on an empty stomach. Denying his claims that she was not drunk, the prosecution said the evidence was that by the time he gave her a ride, she was having difficulty holding a conversation and, when she woke up the following morning, wasn't sure where she was.

The prosecution argued that his WhatsApp message to the victim in August confirmed that he knew she was drinking:

“I'm sorry we both were drinking”

Lewis reminded the court that there is no necessity for her to be unconscious, but there was no evidence that she could have consented. In fact, the prosecution's case is that she clearly was not in a position to give consent to the intercourse that Harris claims she wanted. 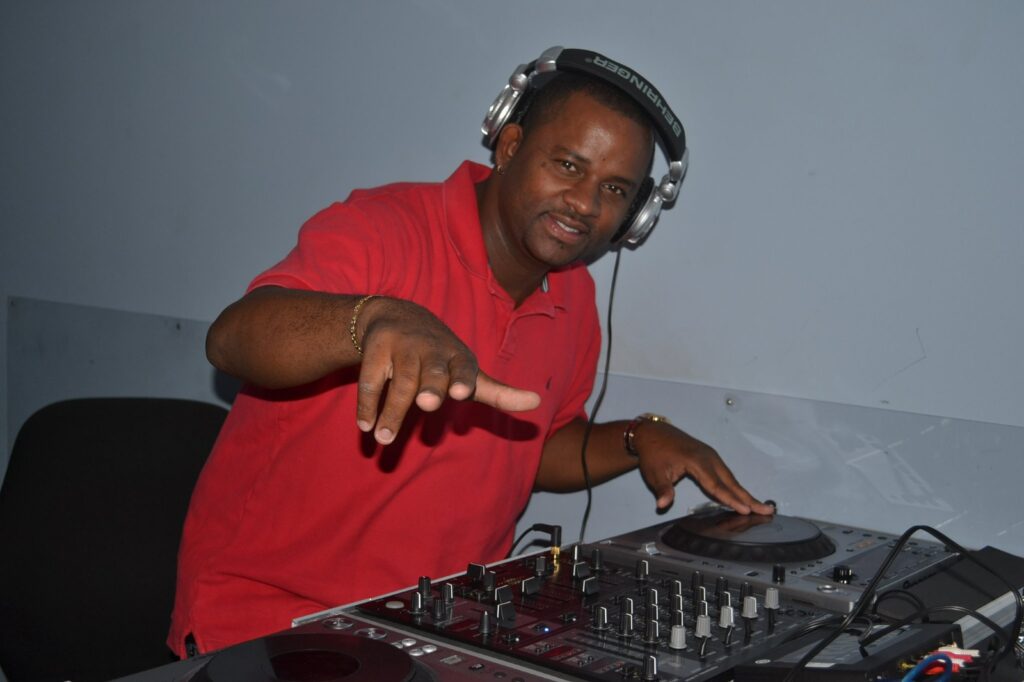 The prosecution pointed to the complainant as a “reliable and credible witness” even when aspects of her story may have reflected poorly on her. Lewis noted that she did not want to go to the defendant's house and blacked out when she arrived there. It was then that the defendant is accused of raping the victim the first time around 3:00 am and then again hours later when she woke up and discovered herself naked in his bed.

When she woke up, she noted that the house was unclean and “looked like it could be infested with rats,” and she was horrified. She shared that he had taken her to his house under false pretense, claiming that he needed to check on his teen son, who was home alone.

His defense team later claimed that he had forgotten to tell the police that his father was also at home. His father was not called as a defense witness.

When she woke up several hours later, she was horrified to find out that Harris had unprotected sex with her, but before he would take her to get the morning-after pill, the prosecution's case is that he forced himself on her again. This time she attempted to physically and verbally stop the assault but was unable to do so.

Harris ejaculated in his hand and then said to her, “there, are you happy now?” The victim explained that she felt like she was lying on her back “like a cockroach.”

In the immediate aftermath of the incident, she spoke to her friend, school counselor, and a proctor about the alleged rape. Her overseas friend gave evidence to the court of being shocked and troubled by what she was told.

The young lady, who was a foreign student at the time, became suicidal and showed signs of someone who had “suffered a traumatic event”. She was prescribed anti-anxiety medication by an attending physician. She also told Harris he would never be able to bring this much pain to another woman again.

The court also heard that when the victim later found out she was pregnant, she arranged to go home for an abortion and requested the lab to preserve the fetal matter for evidential purposes. The prosecution noted that the defendant's version of events contained no details, a mark of someone lying. The most compelling fact was that the victim had become a sexual abuse advocate since the ordeal. Lewis told the court:

“Lying is not a comfortable experience for anybody. Even if Miss X was to go so far as to make a false accusation of rape stemming from anger of getting pregnant and maintain this lie at court, perhaps to save face or feeling like there was no going back, Ms. X current occupation would bring her face to face with that lie and continue to remind her of it. Ms. X has chosen to work as a sexual abuse advocate.”

When on the stand, Harris made it clear that she was all about trying to extort a free trip to Canada out of him and a free abortion. On cross-examination, he was told that her parents paid for her flight and that abortions are free in Canada – neither of which he appeared to know. That reasoning was not continued in Friday's closing argument.

Instead, defense attorney Keith Myers shared that the alleged victim “wanted to have a good time that evening” and was a liar. He also noted that she “had the hots for him long before this happened”. He said that his client's position is that this was intercourse between two consenting adults and nothing more. Myers pointed to the WhatsApp message exchange between the parties noting that she had deleted some messages, and at no point did she use the term rape in them.

Justice Carter noted that she would need some time to consider the submissions and provide written judgment. Ultimately she noted that this came down to a question of credibility. She hopes to be able to provide her decision on November 25.

No, thanks.
How do you feel after reading this?
Tags: rapeRenato Renaldo Harris