DRUG BUST IN THE CARIBBEAN SEA Pictured: HMS MEDWAY during the Gunnery Exercise.HMS MEDWAY and her embarked US Coastguard Law Enforcement team interdicted a vessel carrying over 400kg of cocaine in the Caribbean Sea, 29 Sep 22. Initially spotted by a US Maritime Patrol Aircraft, the ship chased down the boat before the Coastguard boarding team discovered the drugs and detained three individuals. The operation, which lasted overnight, then concluded with the vessel being sunk by Medway’s weapons systems.

(CMR) HMS Medway, the Royal Navy ship that has been in the Caribbean for the 2022 Hurricane Season and which was in Cayman waters to support the Cayman Islands after Hurricane Ian, has seized more than 400kg of cocaine, with a street value of £24m from a vessel near the Dominican Republic.

The crew of HMS Medway, working in conjunction with a US Coast Guard Law Enforcement detachment, detained three crew members when they boarded the vessel.

Governor Martyn Roper has lauded the efforts of the Royal Navy in this major drug bust.

“It is fantastic to see the excellent work of our Royal Navy, stopping illicit drugs reaching the hands of dealers and users. We all know the devastating effect such substances can have on the lives of individuals and their families,” he said. 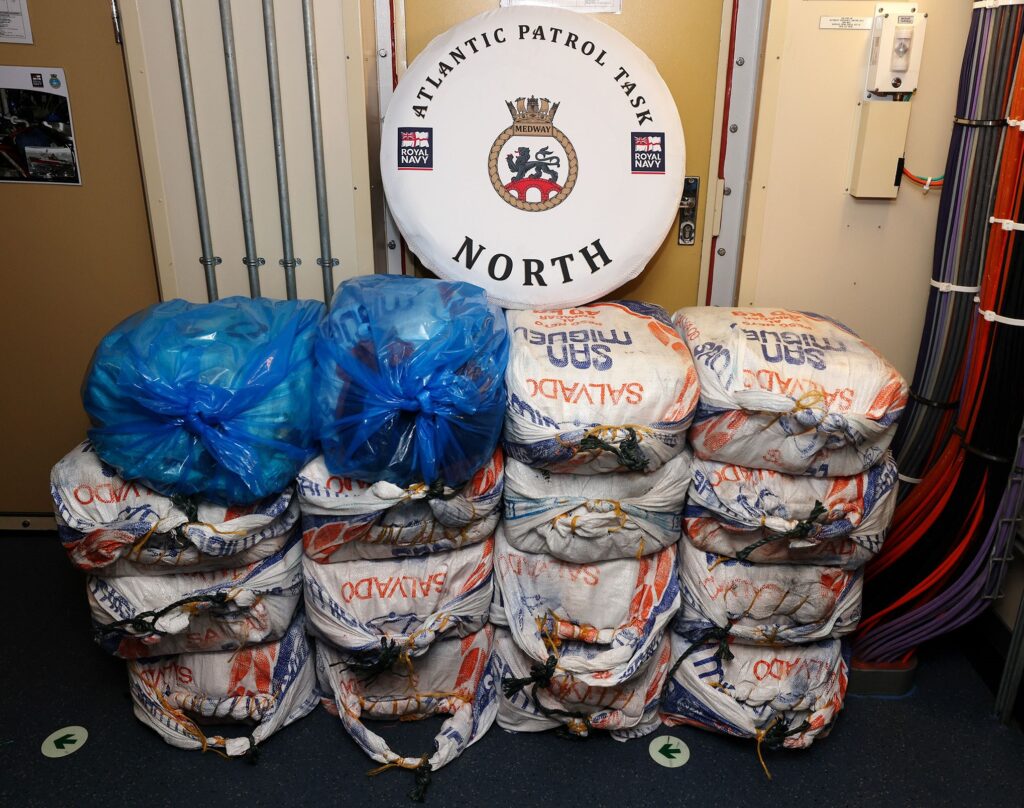 “This achievement not only serves as a victory in the UK’s commitment to keep illicit drugs off of the streets, but it also serves to test HMS Medway’s versatility and demonstrates the crew’s ability to shift from Disaster Relief Operations to Counter Illicit Trafficking Operations,” Mr. Roper added.

Governor Roper said it is reassuring to know that the UK has assets such as HMS Medway within the region, positioned to support Cayman and other Overseas Territories, should we need it during hurricane season.

No, thanks.
How do you feel after reading this?
Tags: Governor Martyn RoperHMS Medway

(CMR) Today, 8 November, marks the 90th anniversary of the 1932 Cuba Storm, which devastated all three Cayman Islands, but...

(CMR) Several persons have reached out to CMR expressing concerns that a convicted sex offender will be the host of...

(CMR) Four people were killed, and hundreds injured after a stand collapsed during a bullfight in central Colombia on Sunday....