Three drug runners on the loose

Abandoned boat with drugs and guns

(CMR) The police have confirmed an earlier CMR report that three drug and gun runners are on the loose after a drug boat entered Cayman waters Tuesday morning. CMR had reported that a vessel came into East End early in the morning, and although the vessel was recovered, the three men disappeared. 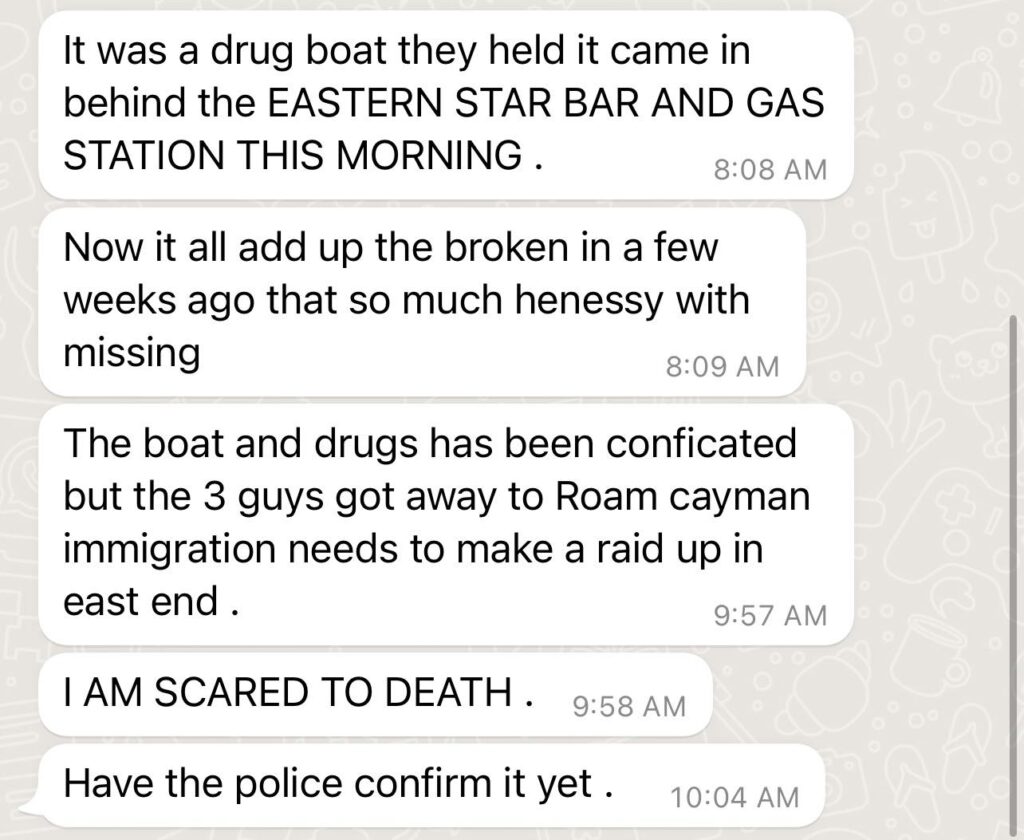 While trying to evade capture, the captain of the suspicious vessel ran the vessel ashore, and its three occupants abandoned it and fled onto the shore, where they continued across the main road in the vicinity of Paradise Villas, East End, and escaped into nearby bushes.

The Air Support Unit, Firearms Response Unit, and other officers responded and conducted a search in the area where the persons were last seen. However, the suspects were not located.

Checks of the vessel resulted in the recovery of two firearms, a large amount of ammunition, and over 250lbs of suspected ganja. The matter is currently under investigation and efforts to locate the men who fled the vessel are ongoing.

Anyone with information is asked to contact the Criminal Investigations Department at 949-4222. Anonymous tips can be provided directly to the RCIPS via our Confidential Tip Line at 949-7777, or via their website.

No, thanks.
How do you feel after reading this?
Tags: drug smugglingdrug traffickingEast End