Progressives and The Alliance shun first ever youth forum

“I hope that all of these candidates actually implement what they promised … not only for the youth but for the community as a whole, in order to meet the needs of our Islands.”

(CMR) Several youth organizations organized a joint Candidates Forum for Cayman's youth on Saturday afternoon. The first such event of its kind was held at the Cayman Islands International School. Not a single member of the Progressives or The Alliance attended the event.

Students from Protect Our Future, Key Club, National Honor Society, Youth Parliament, and The Youth Ambassador Programme coordinated the youth-led event. Students invited all 50 candidates to attend the forum to discuss their platforms. In the end, only 12 of the 50 candidates attended the event. 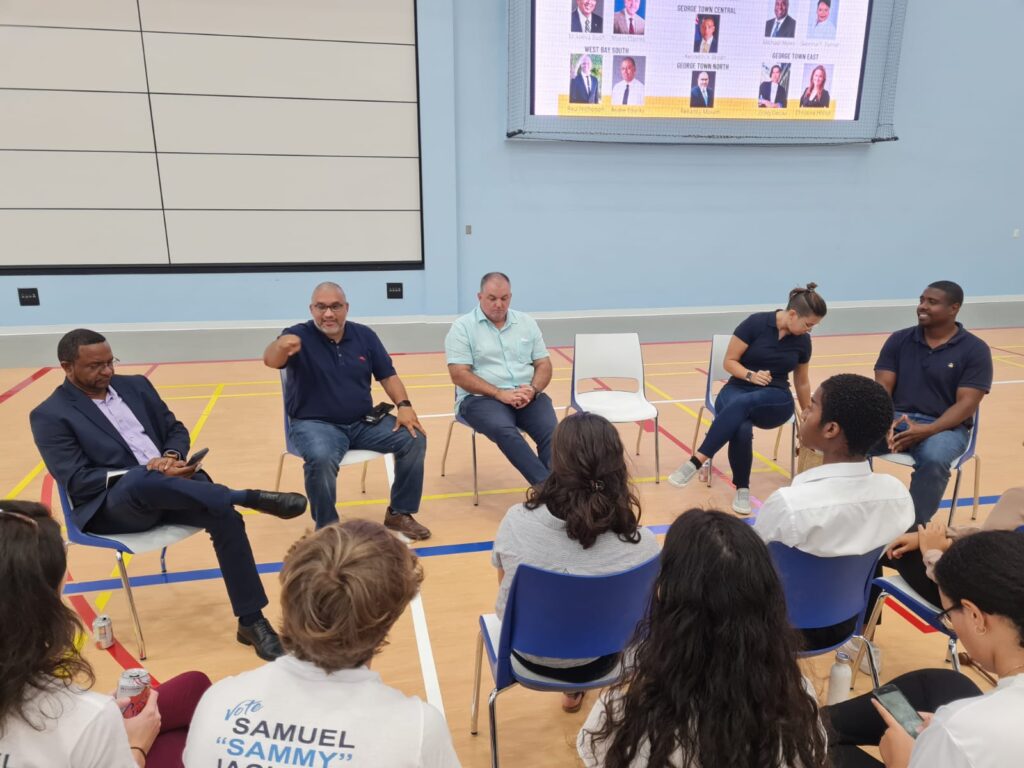 The focus of the event was youth issues and related policies.

The forum was divided into three segments. Initially, the candidates were given a series of questions and given three minutes to respond. In the second segment, candidates were divided by district with student moderators to focus on youth-related issues. The final segment was for open-mic questions from those in attendance.

Several candidates mentioned the possible implementation of a youth council that would help advise on future policies. It was clear that most of the candidates hope to provide more opportunities for youth leadership, but they differed on their strategies of implementation.

There were also concerns raised about Cayman's rape culture and the need to consider strict legislation to protect women and children. Both sustainable and economic development were also hot topic issues with the protection of the environment taking a key role.

Some candidates focused on lessons learned from Inclusion Cayman, in particular integrating all students into the same schools regardless of perceived differences in abilities. It was agreed that the separation of students with different abilities places some students at risk of not having a full learning experience to improve their social, academic and mental well-being.

“The event was the first of its kind as it was completely led by youth advocates and leaders. Our purpose was to take the reigns and lead the conversation regarding issues affecting our communities. Candidates who were unable to attend will be sending their answers to our questions via a video message. Overall, the forum sent a signal that the voice of the youth will not be silenced regarding concerns about our future.”

ACX Basketball raise funds for charities
All omicron COVID restrictions in England to end
Over 7 tonnes of plastic removed from Cayman's beaches in 2021
Voter Inequality and Campaign Financing among issues in International Observers' report
Share your vote!

No, thanks.
How do you feel after reading this?
Tags: Protect Our Futureyouth forum