(CMR) Derrin Kennedy Ebanks (31) made his first court appearance Friday for allegedly assaulting at least four persons and a dog all in one night. The Crowne objected to him being granted bailed after it was alleged that he “terrorized these individuals”. The various incidents happened on Sunday, September 6.

Despite that, Magistrate Valdis Foldats granted him bail with strict conditions.

The DPP's Alliyah McCarthy laid out the multiple charges that spanned hours, several locations and into the early morning hours of the day against several individuals for the court to consider. The first incident began around 6:00 p.m. when he attacked an acquaintance who was drinking with him at Coral Beach.

It is alleged that the attack was unprovoked and violent with Ebanks hitting, pushing and ultimately choking the complainant. It continued with him then standing on a chair and hitting the man alongside his head. The assault continued until others intervened.

Ebanks then went to visit a woman known to him after stopping for a plate of food. When he was asked to leave by a friend of the homeowner he threw the plate of food in his acquaintance's face and then violently attacked her friend.

His acquaintance attempted to intervene to stop the onslaught but was also attacked as well. He punched them in their faces, heads and body – taking turns assaulting the two women with his fist and the phone he had taken from his victim eventually breaking the cell phone. He then threw the homeowner on a glass coffee table and kicked her in the face. When the complainant attempted to run from him he chased her down and continued the assault.

The first complainant got free and ran out the front door and he proceeded to chase her down. However, she was able to hide from him. The distraction gave the other lady, still in the house, a chance to lock the door. Eventually, they were able to call the police after finding one of the cell phones. He took the other phone and disgarded it is some bushes; it was later recovered.

He returned banging on the door when the ladies were on the phone with the police but eventually left.

We understand this assault took place in the presence of a minor. 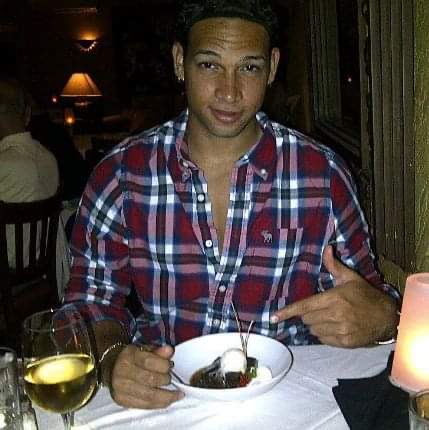 The two women suffered bruises and lacerations and one sustained a nose bleed from the assault. After being transported to the hospital it was discovered that her nose was broken and she will require further medical treatment.

The court also heard that like the first that this was completely unprovoked. The judge noted that this matter which fell into the category of domestic could very well meet the sentencing threshold and if found guilty Ebanks could go to jail for it. Magistrate Foldats commented that the accused appeared to be:

However, his night of alleged terror did not end there as the court then heard how he went to another location to attack another woman known to him. It was alleged he strangled her and broke her glasses and kept her phone from her the entire night as he continually terrorized her. He would not allow her to put in her contacts.

He continued viciously attacking this new complainant where he allegedly assaulted her by biting her nose until it bled inside, stranging her, pulling her hair and ripping her on the nipples.

His assault against her left her scared for her life and stuck in her bed. He also kicked her puppy multiple times, threw it up against a wall, and had it swinging by one leg.

This file was not originally brought to court but was retrieved from the police and brought back before the judge. The victims remain concerned that they will not receive justice and will likely have to ultimately flee the jurisdiction.

The court was informed Ebanks has no previous convictions despite having had “numerous” call-outs for domestics reports.

The matter was transferred to the Domestic Violence Court and Ebanks was granted bail with a strict 24-hours curfew with an ankle monitor to reside with an aunt in South Sound. He has been informed to have no contact either directly or indirectly with the various complainants.

Speaking to CMR the victims have expressed a desire to leave the jurisdiction and were shocked that despite the severity of what he did he was granted bail.

The court required two sureties for $1,500 each. He faces multiple charges including ABH, GBH, Damage to Property and Animal Cruelty. Ebanks was represented by duty counsel John Furniss.

Ebanks played football as a midfielder with Elite SC and represented the Cayman Islands during World Cup qualifying matches in 2011. He is also an avid fitness and weightlifting enthusiast. 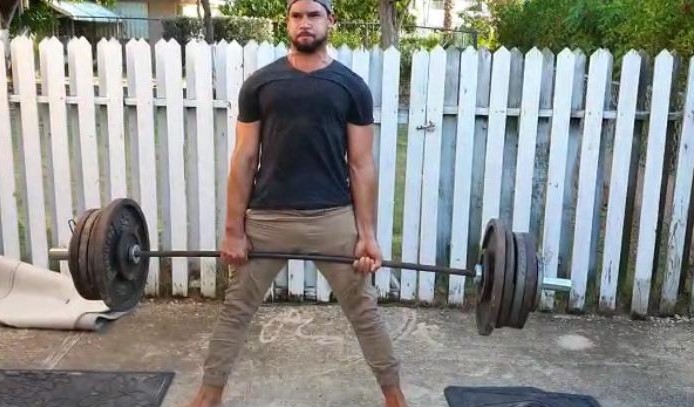 No, thanks.
How do you feel after reading this?
Tags: Derrin Kennedy Ebanksdomestic assault

(CMR) DJ and radio personality Renato Renaldo Harris spent Thursday on the stand in Grand Court, denying allegations that he...

(CMR) Mikkyle Brandon Leslie (36) was sentenced to 16 years in prison this morning for possession of an unlicensed firearm...

“This is very frustrating for me as a sentencing judge to not be able to send you to prison for...

(CMR) Sergeant Shawn Abshire Bodden was arrested following a report of a domestic incident that occurred at a residence on Pedro...

"Listened to the show. What is so sad and disturbing about this situation is there’s no acknowledgment, no remorse, no...