They both appeared in court this afternoon, 11 June, and were remanded in custody pending another appearance on 18 June.

(CMR) Yesterday morning the Cayman Islands Coast Guard arrested two West Bay men in a substantial drug bust with over 750 lbs of ganja as they attempted to evade capture and dump the drugs.

Reports are that shortly after 6:00 am yesterday, 9 June, officers of the Cayman Islands Coast Guard were conducting border security patrols when they observed a white vessel with two males on board, approximately 14 miles offshore. 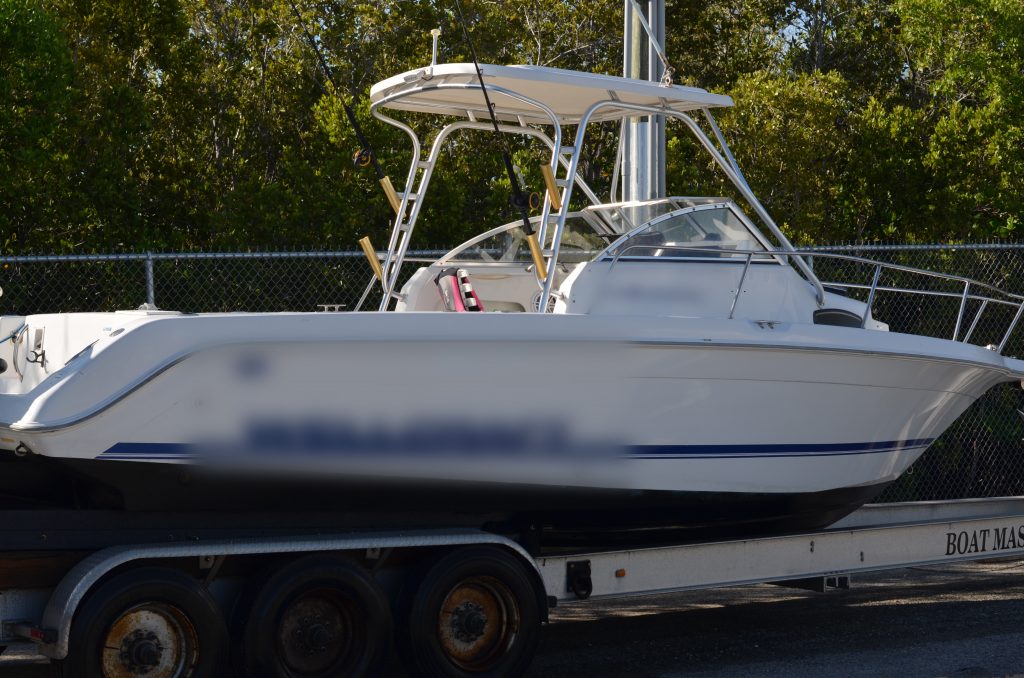 As they approached the vessel, it moved off at a high rate of speed and the men began throwing packages overboard. The vessel came to a stop shortly afterward and was intercepted by the Coast Guard vessel. The men were taken into custody, and several packages containing suspected ganja were recovered from the ocean and the vessel, with an estimated weight of over 750lbs.

The men, ages 33 of and 36 of West Bay, were arrested on suspicion of possession of ganja with intent to supply and importation of ganja. They remain in custody as investigations continue.

No, thanks.
How do you feel after reading this?
Tags: drug bust