The legislation to ban certain sunscreens and skin-care products came into effect on January 1 and is part of Palau's new Responsible Tourism Education Act. Stores selling prohibited sunscreen could face fines of up to US$1,000 ($1,387), and bottles will be confiscated from tourists upon entry into the country. The legislation is part of a much wider attempt by the Government to protect its environment, particularly from tourists. This new law is part of the Palau Responsible Tourism Policy Framework which requires that all visitors to Palau “to become part of the solution to the environmental challenges in our pristine paradise.”

The Palauan Senate made the change that will impact what sunscreens can be used and imported in their country. The ban – which was announced in 2018 – prohibits sun cream containing any of 10 ingredients. The list includes oxybenzone and octinoxate, which absorb ultraviolet light. 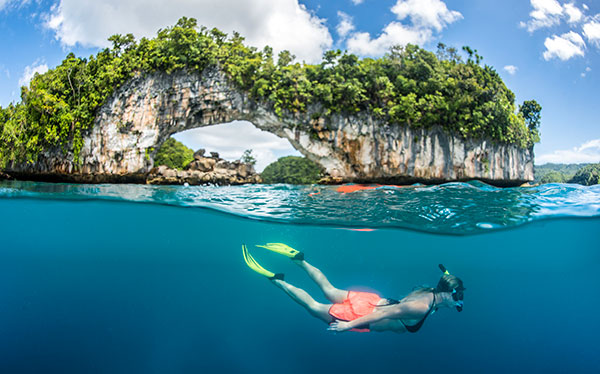 The International Coral Reef Foundation said the banned chemicals were “known environmental pollutants – most of them are… incredibly toxic to juvenile stages of many wildlife species”.

These chemicals are known environmental pollutants; most of them are endocrine disruptors or are incredibly toxic to juvenile stages of many wildlife species, including corals, fish, macroalgae and even people. Sunscreen Pollution can reduce the resiliency of ecosystems to climate change factors and, by themselves, prevent the recovery of degrading wildlife and habitats.

Over a dozen scientific papers have demonstrated that OXYBENZONE is highly toxic to marine life, especially coral. Oxybenzone can cause corals to become more susceptible to coral bleaching, it will damage the DNA of coral, and it will deform and kill juvenile coral. Oxybenzone has also been documented to turn adult male fish into female fish, and cause developmental defects. Oxybenzone is toxic to shrimp, sea urchins, and bivalves (e.g., scallops, mussels), and is especially toxic to marine algae.

Palau is an archipelago of over 500 islands, part of the Micronesia region in the western Pacific Ocean and has a population of some 20,000 persons.

The number of sun creams containing the harmful chemicals is declining. In 2018, experts said it was found in about half of creams and lotions. When the US state of Hawaii announced a similar ban – which comes into effect in 2021 – major brands were quick to say their products were “reef bill compliant”.

Other places to announce bans include the US Virgin Islands – where the law takes effect in March – and the Dutch Caribbean island of Bonaire.

Feral cat control resumes in Little Cayman
Poachers arrested for the second time in 3 months
CCMI marks World Ocean Day with annual Reefs Go Live at Camana Bay
UN calls for the protection of 'our only home'
Share your vote!

No, thanks.
How do you feel after reading this?
Tags: coral diseasePalaureef-toxic sunscreen

Poachers arrested for the second time in 3 months

(CMR) The Department of Environment said it has arrested three suspected poachers for the second time in three months. DoE...

UN calls for the protection of ‘our only home’

(CMR) “This planet is our only home,” UN Secretary-General António Guterres said in his message for World Environment Day, which...