Government employee allowed to steal $6,000 with no criminal charges

(CMR) Chiara Soraya-Ordonez (39), a long-serving government employee, was terminated in early February for allegedly stealing some CI $6,000 from the government by altering official documents. However, it appears that the Department of Educational Services will not be pursuing any criminal charges against her.

CMR has learned that despite Soraya-Ordonez, an Operational Human Resources Officer at the time, being escorted off the job little more has been done about the matter. In fact, she now works in the HR Department at a local grocery store.

Soraya-Ordonez worked for the government for 16-years before she was terminated 9 months ago. Sources indicate that she was terminated immediately when it was discovered that she had altered multiple salary advance slips to a larger amount than was authorized. Essentially, she would submit a salary advance and leave enough space to go back and alter the figure to a higher amount. Unaware that management had actually authorized a lesser amount the advances would be approved by finance. The scam was said to be carried out over a year or more. 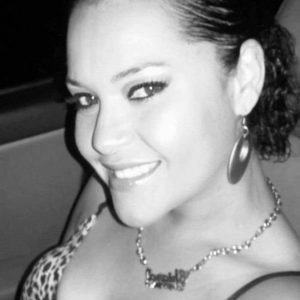 Government employees are allowed two salary advances per year and it should be paid back the following month. However, she was said to be obtaining them almost monthly and would go to different managers to avoid detection. It is alleged that she received these numerous advances by using deceptive practices and in some instances would not place a date on the requisition so they could be submitted at a later date.

Further sources indicate that she has been dishonest with other creditors informing them she is still unemployed despite working for a local grocery store. One source indicates that she has been using her “unemployment” status to evade creditors including cash to payday companies and two local banks where she has car loans at each.

It is also alleged that she is assisting persons with obtaining loans if she can get a portion of it and then defaults on those personal loans as well.

Soraya-Ordonez started working with government after she was terminated from a local bank for dishonesty allegations as well. Many are finding it peculiar that government did not pursue criminal charges against her. We understand she has been allowed to make an arrangement with government to pay back the funds. One source shared:

“It's shocking that government would allow some persons to walk free when stealing from the public pursue and others get prosecuted. Where is the equal treatment when it comes to accountability?”

Both the minister responsible for education and Ordonez were contacted before publication and neither responded. However, Ordonez has since removed her Instagram accounts and secured her Facebook one.

Minister O’Connor-Connolly clarified that pursuant to section Section 55 of the Cayman Island Constitution no minister has constitutional responsibility for the Civil Service and further, HR matters are dealt with by the Chief Officer and the Deputy Governor.

No, thanks.
How do you feel after reading this?
Tags: Chiara Soraya-Ordonez