(CMR) A man working on the dock in Cayman Brac has sustained two broken feet after an incident with a container on Thursday. By Saturday morning the safety manager/officer had no knowledge of the incident happening as it was not reported. According to some he either fell or jumped off a container to the ground which caused his injuries.

Exclusive CMR sources indicated that the matter was not reported to the Port’s safety department as it should have been and there was no investigation carried out.

It is understood he will have a cast on for several months as he recovers from his injuries.

The entire matter has left many wondering about the management of the Brac port after CMR's investigations have discovered that the newly appointed acting port director managed the Brac port for 10 years with no Standard Operating Procedures (SOPs) in place until instructed to do so after a similar accident a few years ago.

To be fair to Christian, there were no SOPs in place when he took over from the former manager Captain Ashton.

It has also been brought to CMR's attention that there has been no management meeting in months and that Christian appears to be in over his head with this latest acting appointment. One critic noted that:

“The job is so beyond Dale that he lives in Donovan’s office presumably for advice on everything.”

Donovan is the Acting Deputy Director of Finance.

Sources shared that the injured man works part-time for Lem Ebanks who provides stevedore services through his company to the port on the sister island.

He also works for the Public Works Department. The major concern revolves around why the matter was not immediately reported as required and why no investigation had been launched into how the incident occurred. 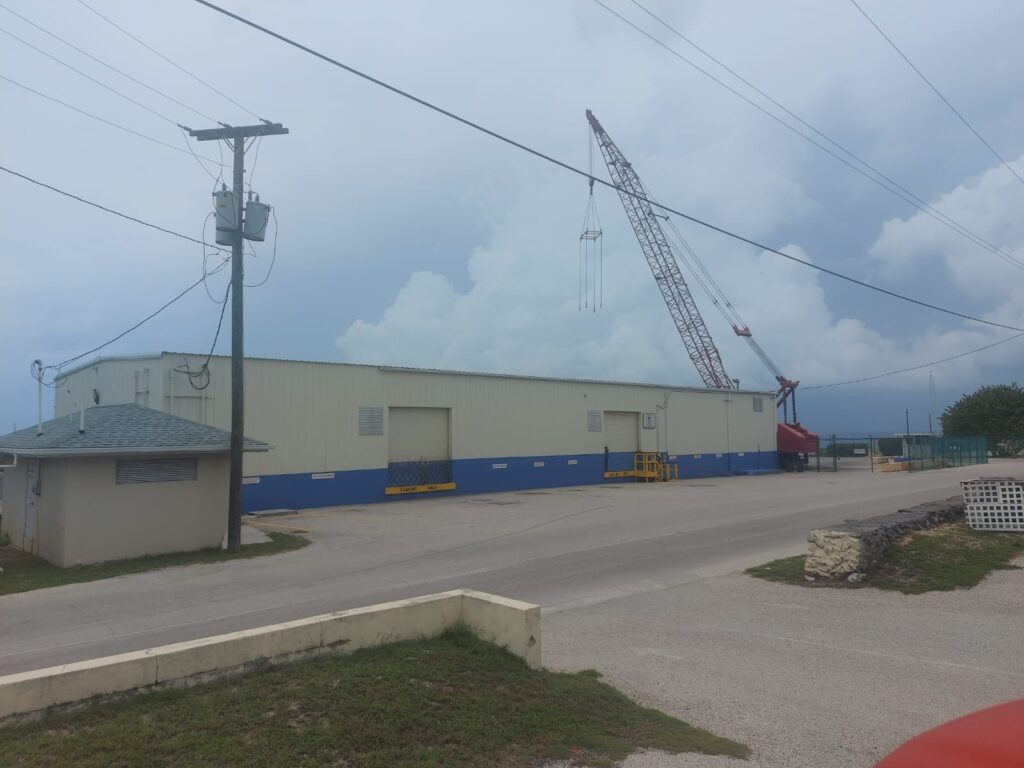 In recent months a number of accidents have taken place at various port locations leaving staff complaining to CMR about aging and rusted equipment coupled with a lack of communication and proper procedures.

They are claiming all of these concerns is putting the lives of the dockworkers at risk. The safety concerns have not been addressed by the board; who have been busy lately unsuccessfully trying to a find new leadership for the port after their top management team has all resigned.

The resignation of the former port director, Joseph “Joey” Woods was a direct result of his refusal to continue to work with two board members who the PACT government kept on the board. In an ironic twist, one of them is the chair of the Audit and Risk Committee at the port.

The significant void had left the already weary staff feeling even more concerned about their health and safety. Cayman Brac is not to be left out they shared.

The Cayman Brac Port has 13 staff in total with six being assigned to cargo operations. The current acting port director Dale Christian moved Cantrell Scott some months ago to security leaving only five persons in cargo. The most has left many confused as Scott has the most experience operating the large forklifts on the Brac.

Sources at the Brac location indicated that Woods had commenced the recruitment process for a security guard.

The process was advanced with applicants being shortlisted. However, since his resignation, Christain stopped the recruitment process and instead moved Scott into the role. Christian decided to transfer his most experienced operator to security instead.

There are also four people in security and four in administration. Ebanks' company was contracted to provide stevedoring services on barge days. They are responsible for hooking and unhooking the containers coming off and being loaded onto the barge for the crane to then lift.

A similar accident occurred in 2020 when another of Ebanks' workers also got his foot broken when a crane operator began lifting the container before all the hooks were connected.

At the time it was discovered that Christian, who managed the port before his most recent temporary appointment, had no SOPs in place and also held no briefings before operations.

At the time, the acting director Woods insisted he implement a written SOP along with shift briefings and he was instructed to keep a log of all briefings.

SOPs are a critical part of the safety and operational protocols at the port. Currently, there are no SOPs for night operations and finance at the Grand Cayman port authority either. There was a safety audit ordered under the temporary leadership of APD Beth McField. CMR understands that has been delivered in the last few weeks to the Board.

Briefings should include contractors like Ebanks' company to ensure all parties were on the same page, particularly as it concerns safety.

The news of this most recent incident comes as the Cayman Islands Port Authority board continues to be highly criticized for a number of labor and employment issues leaving high-ranking officials sharing with CMR their concerns about the management and overall safety of the port.

Several FOI requests to the port have been ignored.

Understanding how Lupus affects the body