(CMR) Caymanian attorney Sophia Harris has accepted an appointment as the new chairperson for the Anti-Corruption Commission (ACC) replacing attorney Richard Coles. This comes as the commission issued its annual report today and celebrated its 10-year anniversary in January 2020.

Harris has sat on the commission as a member for four years. She is the founder of the law firm Solomon Harris and the Firm’s managing partner. She is a council member of the Cayman Islands Law Society and a past member of the Caymanian Bar Association. Her specialties include banking, investment funds, corporate and commercial law, trusts, immigration and all aspects of local licensing law. She is a past Chairman of the Government’s Business Staffing Plan Board and the Immigration Appeals Tribunal and past Chairwoman of the Board of Directors of Butterfield Bank (Cayman) Ltd. Mrs. Harris is a Past President of the Chamber of Commerce and during her term with the Chamber she has
addressed the United Nations on a number of occasions including the United Nations General Assembly on constitutional matters for the Cayman Islands.

Mrs. Harris was appointed as a Member on 15 August 2016 for a three-year term. She was re-appointed effective 15 August 2019 for a further three years. New appointments include retired lawyer Adrian “Gus” Pope and former KPMG partner Simon Whicker; both appointed last month. Retired Maples attorney Tim Ridley has reached the end of his term.

The commission has a hefty workload with four new investigations this year, 14 active cases and four pending investigations. Three people were arrested, while eleven people were charged and four people were convicted. In total 74 interviews were conducted with 58 witnesses and 16 suspects. During this time they also concluded their largest corruption case in the Cayman Islands that involved immigration officers. 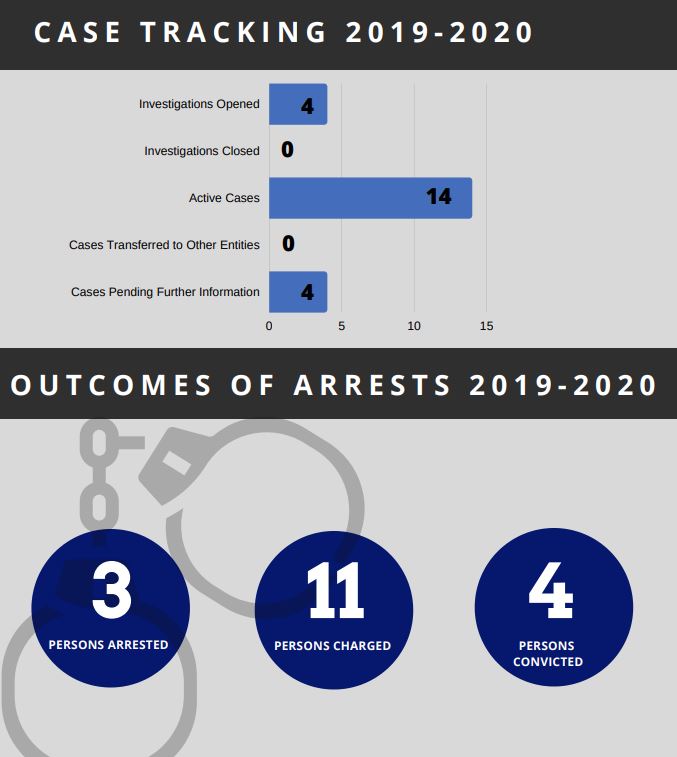 No, thanks.
How do you feel after reading this?
Tags: Anti-Corruption CommissionSophia Harris

(CMR) Calls for tougher penalties for people who drive under the influence of alcohol could be addressed soon as the...