According to a press statement, the Cayman Islands Imperial Beauties Scholarship Pageant is more than a beauty pageant, it is a pageant designed to transform, develop and motivate each contestant. The pageant will focus on educational accomplishments, community involvement, integrity, talent, and self-confidence. It will also focus on developing young girls and ladies to be future leaders within their country. 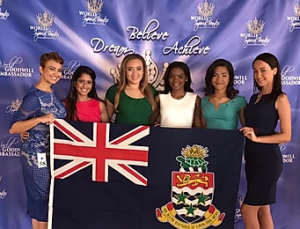 Daniella Forbes, Shantina Barnes, Jaida Archer, Nerissa McLaughlin, Japhia Loval Linwood, Brianna Livingston, Ciarra Henriques, Kayla Harris, and Zariah Linwood after meeting 1 on 1 with the judges, took the stage in International/Fun Fashion and Evening Gown in their respective age division where they competed against some 75+ delegates from Puerto Rico, Bahamas, Poland, Ireland and all over the United States to name a few.

Despite the fierce competition, Team Cayman walked away with several prizes, placements and 2 World titles in addition to Shantina, Brianna and Zariah receiving academic, volunteer service and national appearance recognition. 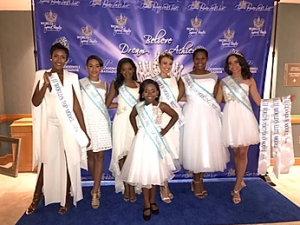 As with World Imperial Beauties, Cayman Islands Imperial Beauties strive to promote the values of good self-esteem and self-confidence in young girls and women ages 4 years and older. The pageant encourages participants to dream big and gives them the tools and opportunities needed to achieve their goals.

For more information, visit the website at www.caymanbeauties.com and/or email [email protected]. 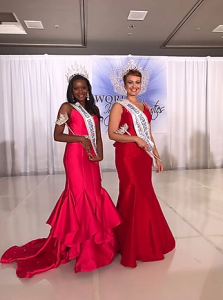 No, thanks.
How do you feel after reading this?
Tags: Kayla Harris