(CMR) The Atlantic Muse, a commercial Hong Kong oil and chemical vessel, is stuck off the north coast of Cayman Brac for the past week unable to offload its delivery of fuel. The issues mean that by Tuesday Cayman Brac Power and Light may be dangerously low on fuel to run its plant.

Cayman Brac Power and Light have issued a statement that should assure their customers: 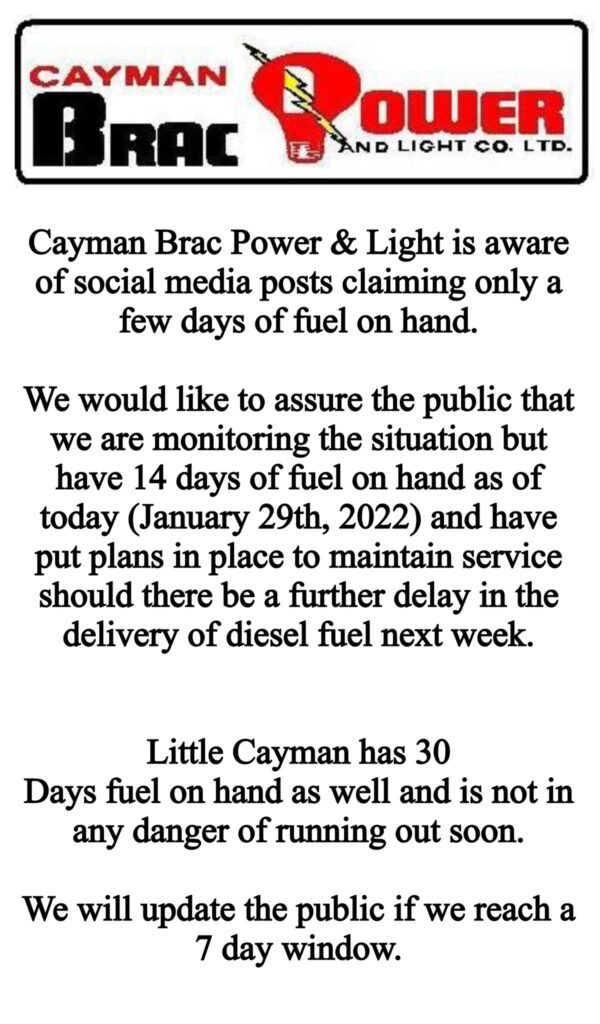 The vessel's crew includes 24 Indians and 1 Georgian. The vessel originally loaded in Houston, Texas before coming to Grand Cayman. It then traveled to the Bahamas followed by Haiti and the final leg of its regional journey was to be Cayman Brac. However, they discovered that about 19 of the men on board as Covid positive.

Additionally, the pilot who is stationed in Grand Cayman that is charged with assisting the vehicle with coming in safely to unload is also positive with Covid and in isolation. We have been reliably informed that it is carrying over 3,500 barrels of fuel.

On Sunday morning the ship performed a 10 horn blast for the funeral of Mrs. Sade Dilbert in The Creek. Dilbert was the wife of a seaman and her parents were also the warehouse keepers on Cayman Brac. The warehouse keepers were responsible for watching the cargo for local businesses to ensure its safekeeping.

CMR reached out to various local government officials on Friday who were unable to comment at this time.

(CMR) District Commissioner Mark Tibbetts updates the sister islands on what they can expect from Tropical Storm Ida.