(CMR) The Elections Office received nomination submissions from 50 individuals seeking candidacy in the General Election on Wednesday, 14 April 2021. This is 12 candidates less than the 62 that ran in May 2017.

This will be the second election cycle under the single-member constituencies. Cayman Marl Road offered over seven hours of nomination day coverage covering most of the electoral districts across the island.

Supervisor of Elections, Wesley Howell, shared how well the process went for the day stating:

“Nomination Day activities ran like clockwork today. It was a testament to the efforts of our staff over the last few weeks as they worked tirelessly getting ready for today’s logistics, preparing materials, ensuring transportation ran smoothly, and training for accepting nominations.  I’m so proud of the professionalism of the entire team and would like to thank the Elections Office team, the RCIPS, the Accounts team from the Portfolio of the Civil Service, and Treasury on Cayman Brac for their assistance in making this possible.”

The Elections Office will now consider their eligibility as candidates. Contested elections will be announced by the Supervisor of Elections on Thursday 4 March 2021, as planned.

There were very few surprises with most candidates having already expressed an interest in running. Frank McField made a last-minute decision to join the race in George Town East which now has the most contestants running at five. 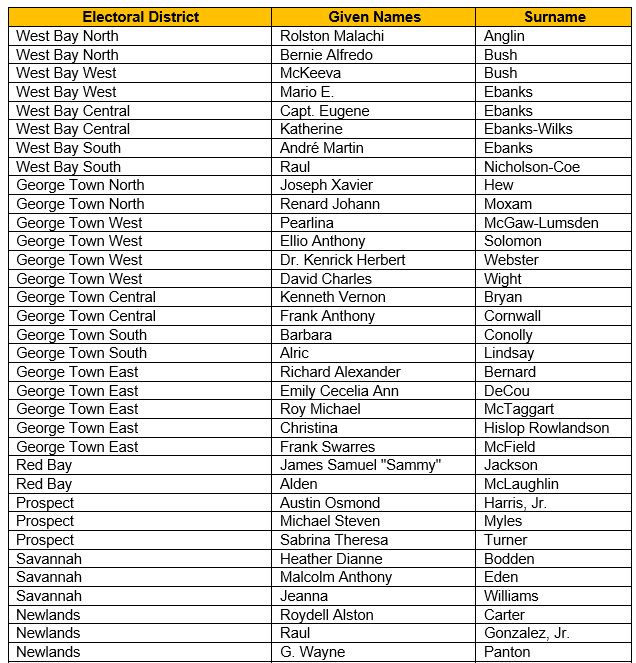