(CMR) A young man remains in critical condition after crashing his Honda Integra in the vicinity of Hirst Road Newlands after 9:30 p.m. Monday night.

Cayman Marl Road first reported the incident minutes after it occurred on our Facebook page here. Numerous residents in the area had contacted us to confirm they actually heard the sports car shortly before the crash.

involved a Chevrolet Tahoe and a Honda Integra pictured below.

After the vehicles collided, it is reported that the Honda left the roadway and collided with a utility pole before coming to a stop against a fence nearby.

Emergency personnel attended the scene and the drivers of both vehicles were transported to the Cayman Islands Hospital.

The driver of the Chevrolet was treated and subsequently discharged; while the driver of the Honda is being treated for life-threatening injuries and remains in critical condition.

CMR sources indicate that this young man was involved in another serious accident some years ago involving a police chase. 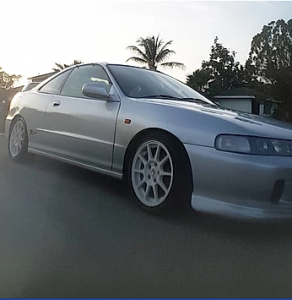