Attorney Waide DaCosta, served as chairman of the status and residency board for the past eight years. He recently resigned from the board and amid many questions has taken to social media to issue the following statement. New board appointments were confirmed last week Wednesday.

The following statement has been made by Mr. Waide DaCosta:

Clarification with respect to my decision not to continue as Chairman of the Caymanian Status and Permanent Residency Board.

I was appointed as Chairman of the CSPR board in August 2009. The CSPR board has responsibility for all types of Caymanian Status grants and Permanent Residency grants.

The board worked diligently over the years to reduce the backlog created by the previous administrations. To the best of my knowledge and belief all PR applications prior to the 2013 Immigration Law amendment have been dealt with.

The board has a full workload each and every week and on many occasions the board has met for an average of 10 hours on Thursdays in the past year.

In 2013 the Progressives were elected and it is my opinion that they immediately set about amending the Immigration Law to revisit the points system and to afford persons referred to as TLEPs.(temporary employment permits) an opportunity to apply for PR. The key employee component was also removed which acted as a filter for applicants for PR. The term was increased to 9 years. This opened the category to any and everyone to apply for PR regardless of contribution to Cayman or ability to provide for themselves whilst residing in Cayman.

The PR system was changed October 2013 with the directive being given by the CIO that the board would no longer deal with PR. The CIO and Administrators would be doing so from that point forward.

A new Caymanian Status and Permanent Residency Board was then appointed in or about July 2014 for 2 years. It was clear that it was intended the board would be phased out by 2016.

The CIO and the Administrators were not equipped to deal with the PR and in my humble opinion still do not possess the relevant training and are continuing to train on the job.

I was then approached in 2016 to deal with the “2013 PR” debacle and have waited until March 2017 to be provided with the necessary amendment to the immigration law to move forward. Only to be placed in a position where the immigration secretariat is dwindling to the point that there is no staff to process PR.

I have met with the acting CIO The Chief Officer and Director of Boards and have requested the necessary personnel to be hired to get this PR debacle dealt with. I am powerless to hire anyone yet I shoulder the blame. This is totally unfair and unjust.

I wrote to the Premier and the Chief Officer this year and set out my concerns.

I stated that It is high time that I make a statement to the press to clear my name and as a courtesy to you I am giving you a heads up as to what I require to get the job done and what I require for the government to issue to the press as a release to set the record straight.

This requires urgent attention. Additional staff was then recruited. A press release was issued but nothing was clarified.

The CO and the acting CIO requested that I learn the new PR system and train my board and the Administrators.

I did so but indicated that training immigratin staff is time consuming and was outside my remit as Chairman. Nevertheless my board continued to do a full workload and were told that based on the staff available to us and the complex nature of the new PR system only 10 or 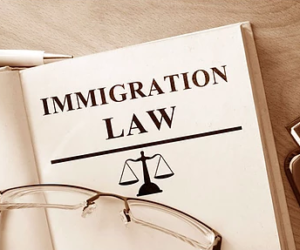 The board added extra meetings on Tuesdays in the last month to accommodate the additional workload.

I have always been committed to reducing the backlog of the PR applications in a fair and considered manner. The board had nothing to do with the backlog.

The board is a voluntary board.

The administrators did not determine PR matters until July 2017. This was after I was expected to train the immigration staff free of cost.

The Administrators shadowed the board and when it was felt they had sufficient training they started to deal with the PR applications.

The Board continued to hear status applications, residency and employment rights of spouses of Caymanian and a plethora of other applications in addition to PR applications.

I stated earlier in the year to the CO and the ministry that after my appointment ended in August 31st 2017 I would be retiring from the post as Chairman as I had dedicated 8 years of my life to this cause and I had to concentrate on my work and family matters.

My sister was terminally ill yet I continued to serve as chairman so that there would be a smooth transition to the new board after my retirement on Aug 31st 2017.

I have been vilified in the press with respect to the PR issue and frankly it is time I set the record straight.

I served the Cayman Islands faithfully for 8 years and to be treated in this manner is unworthy.

I have my notes on issues with Immigration law changes including the Lacuna in the law which places Caymanian children in jeopardy of “being in no man's land”.

I was informed by the crafters of the 2013 Immigration amendment that in early 2014 Immigration reform would be made to address the Caymanian children that were unable to prove they are Caymanian. This continues to be a major problem. This requires urgent attention by legislators.

For the avoidance of doubt I was not a proponent of the new PR system and have noted many issues with it. However once enacted it had to be enforced. It is my view that notwithstanding the cumbersome PR application process it is easier to obtain PR under the 2013 PR system.

The facts speak for themselves.

I never contributed to the backlog in PR applications. In fact the opposite. It is because of my training and instructing the board and administrators and other government employees attached to the immigration department that the PR moved ahead.

“They have a vested interest, some may say a conflict with this issue.”

I implemented checks and balances. Minutes are signed and filed after each and every meeting. 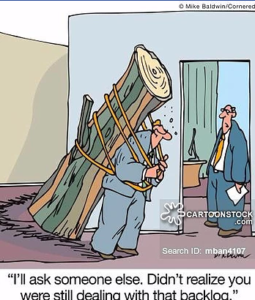 Certificates are watermarked and serial numbered during my tenure as chairman

That's just to name a few of the critical changes that were absent prior to 2009.

A lot of good work has been undertaken by the many men and women that comprised the CSPR board over the past 8 years and I publicly thank them for their contributions to the Cayman Islands.

God bless these Cayman Islands and may God forgive those that have attempted to tarnish my reputation.