(CMR) In an unusual political move, it appears that Newlands MP Alva Suckoo has rejoined the Progressives after leaving the party back in December 2015.

Suckoo attended an event on Thursday that appears to confirm the suspicions of many – he's back in the fold with his former PPM political colleagues just four months ahead of the general election.  In a government released photo, he stood shoulder to shoulder with Minister of Health, Dwayne Seymour. 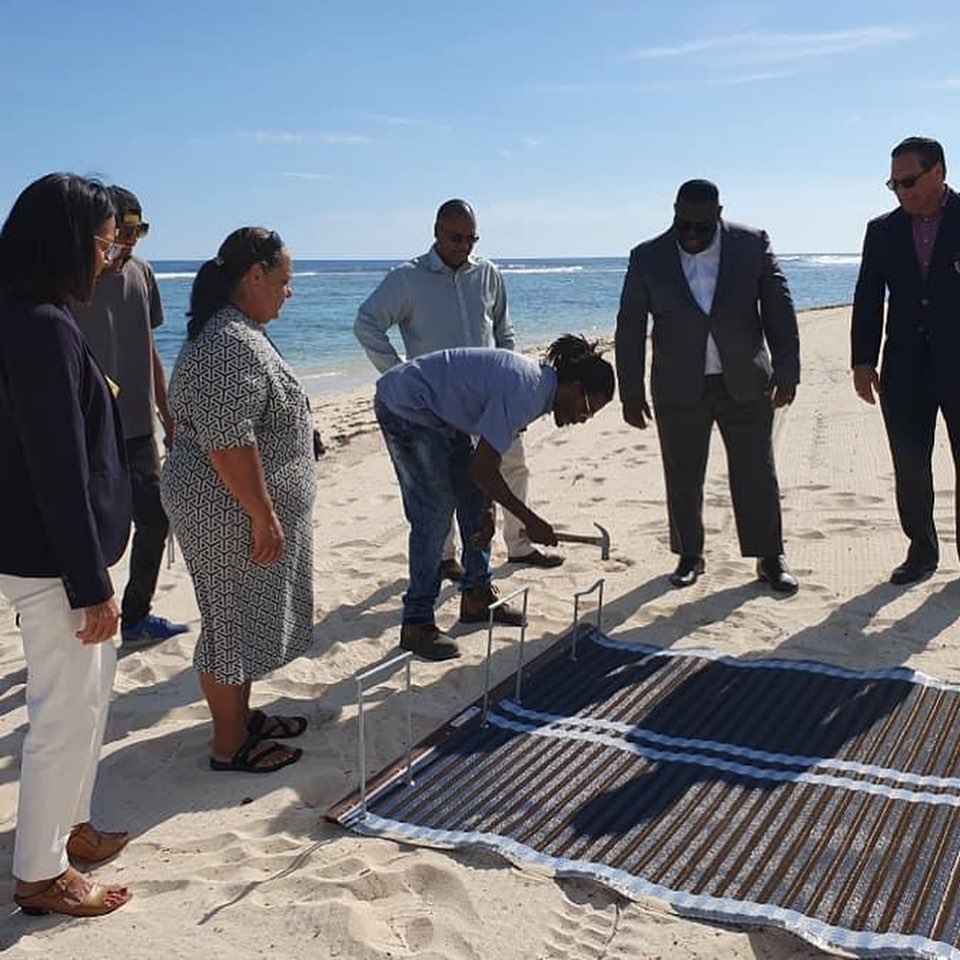 A series of memes videos lately has left the wider public wondering what has happened. Suckoo for his part has denied the allegations claiming that they are baseless and he has no idea why anyone would be saying he had moved yet again.

However, the politically savvy followers in the community are very much aware of the flip-flopping and shared that discussions have been ongoing for the better half of two years between Suckoo and the Progressives.

Suckoo attended the Mobi-Mat Installation and Groundbreaking Ceremony at the Coe Wood Beach Dock on Thursday, January 14 at 2:00 p.m. This move appears to affirm his alliance with the party ahead of the May elections. Notably, he was the only non-Unity member to be in attendance.

Sources close to the Opposition indicated that a discussion did take place at Opposition headquarters with Suckoo expressing his desire to realign himself with the McLaughlin lead government after a six-year break.

At the time of his resignation, he claims that he believed the country's “Christian foundation” was under attack. As the fourth elected rookie member for Bodden Town, he resigned alongside Anthony Eden and crossed the aisle of the Legislative Assembly to show their objection to the Progressives' support of same-sex partnership legislation moving forward.

Since then, his relationship with the Progressives led Unity Government has been somewhat contentious with Suckoo walking out of the LA at one point in September 2018 and again in May 2020.

Many may also recall that Suckoo was originally a United Democratic Party member but started his official political career with the PPM after resigning with the McKeeva lead UDP. During the 2013 election, he barely squeezed out Theresa Lewis to take a Bodden Town seat.

He then ran as an independent in the 2017 election and edged out Wayne Panton by a mere 15 votes.

Since then he has resigned as Deputy Opposition Leader under the leadership of Ezzard Miller (North Side) and then was re-instated when MP Arden McLean became the Leader of the Official Opposition shortly after.

It appears that this time he does not plan to cross the aisle again but will keep his change over relatively low-key.

Critics say that he appears to be fearful of weaning support in Newlands and believes he needs the support of the much better-organized Progressives heading into a competitive 2021 election.

However, political analysts caution the move stating that if Panton re-enters the race he will undoubtedly be a force to be reckoned with. Panton has maintained his office (former PPM district headquarters) during the past four years in Newlands and has continued to work quietly in the community.

Many believe he has a good chance of regaining his seat in May.

Panton, the PPM's largest financial backer in the last election, has refused to rejoin the party after he resigned in March of last year along with former colleague Osbourne Bodden. He has kept his position firm that the party's refusal to take a stand against the Speaker of the House McKeeva Bush and his assault of a bar manager back in February 2020 does not align with his values and principles.

Panton attended one of several protest rallies held to show support of women and to take a firm stand against gender-based violence. He also erected a sign at his Newlands office with a simple message #sheissupported.

He had previously shared that he believes a politician must be principled and do the right thing for the right reasons and political expediency is not the end goal.

Leader of the Opposition Loser videos are back with a vengeance making fun of Suckoo:

No, thanks.
How do you feel after reading this?
Tags: Alva Suckoo

THE COLD HARD TRUTH: Political candidates join us to discuss their plans for May