(CMR) Police have confirmed that he silver 1999 Honda Civic, registration #169 644, which was reported stolen on Monday, 25 June was recovered by officers in the West Bay area, thanks to information received from members of the community.

The RCIPS would like to thank the public for their assistance.

Just after 8 am yesterday 25 June, the police were informed that the vehicle was stolen from the parking lot of a residence on Uncle Jimmy’s Lane in West Bay.

Police also recovered a 2001 Honda Integra, registration #105 987, which was reported stolen on Tuesday, 26 June, has been recovered by officers in North Side. 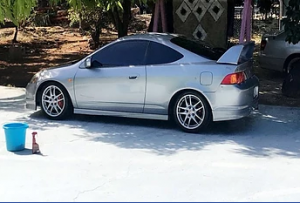 No, thanks.
How do you feel after reading this?
Tags: car theft