(CMR) With the National Heroes Day Celebrations taking place over three days this year, several roads will be closed to allow for the effective organizing of the celebration activities.

The police said the following roads were to be closed from 6 pm Friday,  January 22, until 9 pm Monday, January 25, 2021, to allow for setup and breakdown.

However, these roads will be temporarily re-opened between 12 am and 12 midday on Saturday, January 23.

The affected roads are:

2. The bottom of Fort Street by the Clock Tower 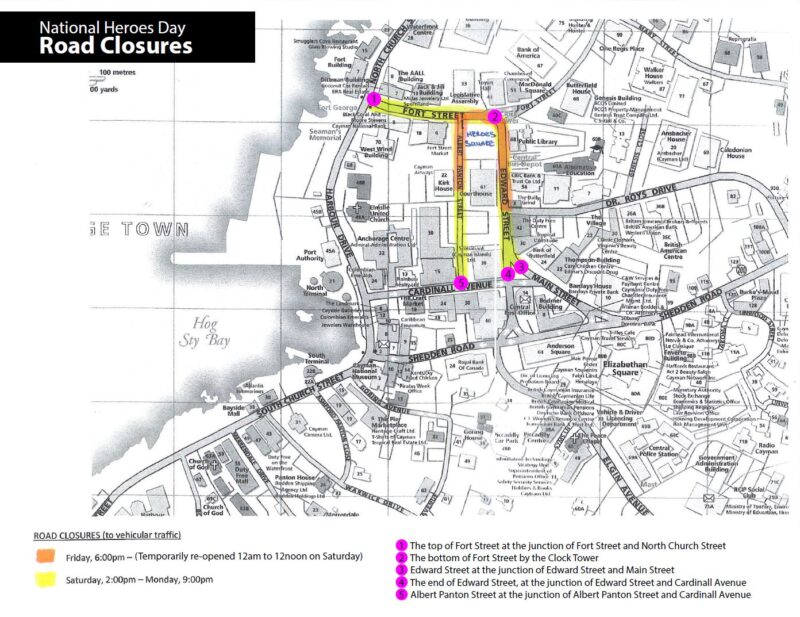 A portion of the Esterley Tibbetts Highway, between the Yacht Club Roundabout and the Batabano Roundabout (just south of Batabano Road), in West Bay, will also be closed on Saturday,  January 23, between 3:30 pm and 6:15 pm.

The police said this is to facilitate a film production.

Persons are advised to travel via West Bay Road when entering and exiting West Bay during this time.

No, thanks.
How do you feel after reading this?
Tags: Road closure