She won the top prize for the evening – the much coveted Senior Grand Champion Performer at the competition held in Long Beach, CA from July 8-13. She also won Best Actor in the senior division earlier in the event.

“I could hear my fellow performers cheering and yelling in the audience, and I laughed from pure joy,”

“This was a personal challenge for me, but I felt really proud that I could do this for the younger performers and for Cayman.”

Singers, musicians, dancers, variety artists, actors and models from more that 60 countries compete every year before judges from the entertainment industry at the World Championships. In addition to competing on the world stage, the experience includes an opening parade with participants in cultural dress, an all-day boot camp, auditions for educational scholarships and networking opportunities with industry professionals. Participants also connect with other performers of all ages from around the world.

Estevaovich has a long history of performing on the local scene and started at age 8 and now mentors younger performers with her work with the Young At Arts program.

Estevaovich was supported by a group of fellow Caymanian performeres on the 12 day trip and was sponsored by Cayman Islands Government, and the Cayman National Cultural Foundation. The Bould Foundation and Cayman Enterprise City (CEC).

Five of the nine competitors made it to the semi-finals and Rita along with 17-year-old vocalist Jaedyn Hanna were finalists. Singer/songwriter Ericka Assai was awarded a consultation valued at $5,000 with respected music producer/pop songwriter and Chief Creative Officer for CSM Words and Music, Shele Sondheim. Estevanovich received a $1,000 prize from the World Championships and $1,000 towards study at the New York Conservatory of Dramatic Arts. 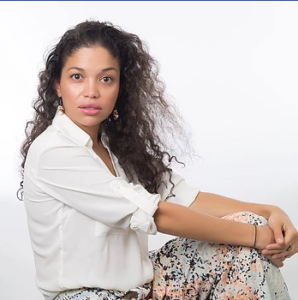 The winning performance by Estevanovich was a monologue adapted from the award-winning one woman stage show, “The Search for Signs of Intelligent Life in the Universe” by Jane Wagner and Lily Tomlin. The piece allowed Estevanovich to morph into different characters; a bold Jamaican, a fast-talking New Yorker, an elderly English woman, a sultry Latina, and no nonsense Indian gentleman, a California yoga dude and a French lady – all in 60 seconds!