On Sunday, 12 November 2017 the Cayman Islands will join nations around the world to pay tribute to those veterans who defended their countries during times of war.

The annual Remembrance Sunday ceremony will honor all veterans, including those who sacrificed their lives, to serve their country.

Grand Cayman residents are invited to attend the ceremony at the Cenotaph outside Elmslie Memorial Church in George Town; starting at 10:45 a.m. Members of the public are asked to assemble by no later than 10:30 a.m.

Participants at the Grand Cayman ceremony will include our veterans, seafarers, as well as church representatives and persons who will pay their respects by laying wreaths at the Cenotaph (Memorial Cross) and the Seamen’s Memorial. 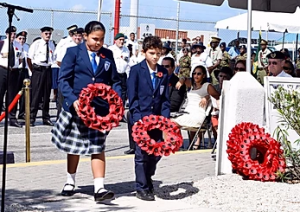 The ceremony will begin with the Royal Salute followed by the Bidding, and a two-minute Silence. After the sounding of the Last Post, the laying of wreaths at the Memorial Cross will take place in memory of veterans, and then at the Seamen's Memorial in memory of seafarers lost at sea. Veterans Association members will collect an offering during the service.

In the event of inclement weather, the ceremony will take place inside Elmslie Memorial Church.

The ceremony will be held at the District Administration Lawn in front of the Cenotaph in Stake Bay at 10:45 a.m. Members of the public are asked to assemble by no later than 10.30 a.m. 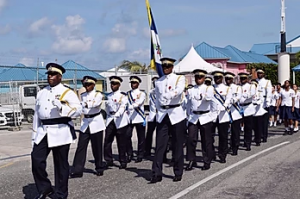 The ceremony will begin with the singing of the National Anthem followed by the inspection of the guard of honor, opening remarks by Pastor Audley Scott of Hillside Chapel, the Lord’s Prayer read by Pastor David Woods and the address given by the District Commissioner.

The two-minute Silence will occur at 11 a.m. followed by the Last Post, a musical item by the Primary Schools Combined Choir and the Act of Worship.

After an offertory is taken by members of the Veterans and Seamen's Society of Cayman Brac and Little Cayman, there will be the recognition of veterans and a reading of the names of the veterans on the Cenotaph before the laying of the wreaths.

In the event of inclement weather, the ceremony will take place at the Aston Rutty Civic Centre.

Everyone attending the Remembrance Sunday ceremonies is encouraged to wear their poppy with pride. Poppies are symbolic of those who have given their lives in fighting for the freedoms enjoyed today. They can be obtained from various locations or from our local veterans; a donation is discretionary.

Remembrance Sunday Parade and Ceremony commemorates those who have lost their lives in the great wars, as well as to recognize our surviving veterans and seamen who continue to contribute to our community and our nation.

For more information or to request to lay a wreath at Grand Cayman’s Remembrance Sunday Parade and Ceremony, please contact Chief of Protocol Meloney Syms at the Protocol Office at 244-3612 or email [email protected]. Contact District Administration on 244-4413 for more details on the Ceremony in Cayman Brac. 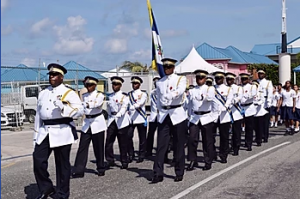 No, thanks.
How do you feel after reading this?
Tags: Alden McLaughlinMcKeeva Bush

Several attempted robberies over the weekend