Arine Loretta “Lerita” Eden was born in George Town on Sept. 16, 1951. She was the daughter of Valda Arine Bodden and James Avanda Bodden.

Lerita grew up on Bodden Road where she had many childhood memories playing with her friends Joy Merren, Gale Bush, the Douglas children and her cousins Connie (Marolyn) Bodden and Carolyn Jackson (nee Bodden). Lerita attended the Government School, Ms. Gleeda’s School and the Secondary Modern School.

At a young age, she became a sales clerk at Mr. Arthur’s Store in the evening, after school, and sold tickets at the Islander Theatre for Mr. Berkley Bush at night. She moved on to working for Yankee Notion Shoppe and Bodden Beverages, among others, over the years.

I had been admiring the beautiful young lady from Bodden Road for a long time, and after sitting on the wall across from the Islander Theatre, where she sold tickets, I finally got the nerve to ask her to the movies in 1966 and she gladly accepted on a couple of occasions. Shortly after, I left to become a seafarer and our paths never crossed again until April 1972 when I was home on vacation. We quickly rekindled our relationship and on July 7, 1973 we were united in marriage on my mother’s porch by Mr. Ernest Panton. 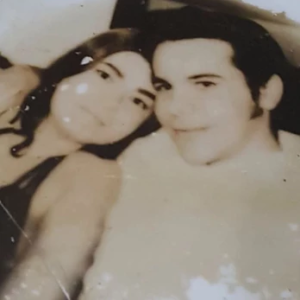 Ten days later, I was back at sea and four weeks after that, Lerita joined me aboard the Universe Defender, thus starting her seafaring career. Over the next five years, Lerita sailed with me on six different super tankers – sometimes nine or ten months of the year, she was out there with me. She enjoyed every minute of it, whether it was being lowered to the deck of the ship, by cable from a helicopter, while the ship was under way off Tenerife in the Canary Islands or climbing 50 feet up to the deck on a pilot ladder in Palermo, Sicily – it was all fun.

Lerita visited countries all over the world, from Kuwait to the Philippines, to most of Western Europe, many countries in Africa, South America, and the Caribbean and all over the USA. Once we flew from Dubai to Beirut, Lebanon, during the civil war there and we could hear the fighting going on and see the destruction all around. Being young, we were fearless.

On June 24, 1978, our only child, Linbern Andrew Eden, was born and that brought a halt to her time at sea for a few years. Lerita’s final voyage with me was on board the Universe Burmah in August 1982 for a few weeks. I retired from sea at the end of 1982 to be with my family.

Lerita was a true ambassador for tourism in the Cayman Islands. In 1997, she was given the Melvin Jones Fellow award by the Lions Club of Grand Cayman for her service to the club and the community. 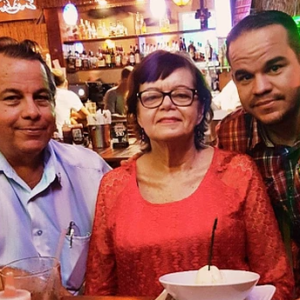 She loved to cook and entertain her friends and family whenever she could. She loved to dance and was always welcoming and friendly to everyone that she met. One of her greatest joys was taking care of her two grandchildren, Jaelin and Jayzin.

Lerita will always be remembered and greatly missed by husband Andrew Eden, son Linbern Eden, grandchildren Jaelin and Jayzin Eden, sister Uldene Peckham and her family of Gloucester, Massachusetts, sister-in-law Velma Christian and her family, brothers-in-law Allan and Alexander Eden and their families, special niece Lana Ebanks and her husband William and daughter Joni, and a host of other relatives and friends. She was preceded in death by her sister Caroline and her brothers Edward and Irvin.

May her loving soul rest in peace.