(CMR)Several records were set during the 2020 turtle nesting season as the Department of Environment (DoE) continued its efforts to protect endangered sea turtles in the Cayman Islands.

The lockdown of the islands and the closure of beaches presented several challenges for the monitoring team; however, nesting turtles had little to no disturbances on the beaches, and this was a positive impact reflected by nesting occurring in new locations.

This was the most nests recorded in a season for the endangered green turtles since monitoring began in 1998.

According to the DoE, the increasing number of nests correlates to an increase in nesting turtles. Each female can lay up to nine nests in a season; therefore, the nesting population's size is still very small despite the increase.

Cayman Brac also had a successful season with 51 confirmed nests, including 41 loggerhead, eight green, and two hawksbill turtle nests. This was also a new record for green turtle nest by one nest.

Additionally, Cayman Brac recorded the latest nest on record for the three islands, as a hawksbill nest was discovered on Christmas Eve.

Unfortunately, the DoE was unable to confirm the total number of nests from Little Cayman for the 2020 season due to pandemic related staff capacity restrictions.

The DoE’s Sea Turtle Monitoring program has been in operation since 1998, with systematic annual surveys of the beaches to identify signs of turtle nesting. This year's record number of nests reflects the program's ongoing success. 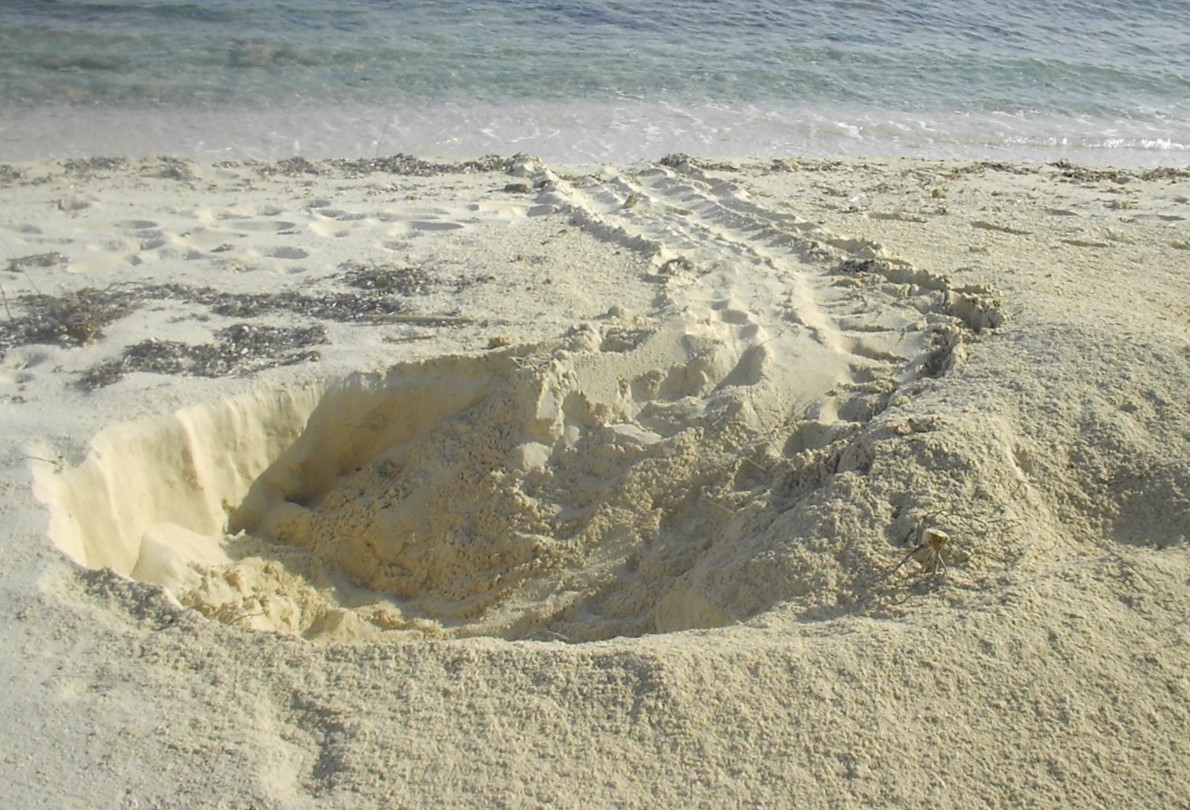 However, while the season which runs from April to December was successful, there were some challenges with the hurricane season. Several tropical storms and passing hurricanes threatened nests, and the team was kept busy assessing nest safety and relocating nests to safer locations when necessary.

Despite the team’s best efforts, high seas caused more than 30 nests to become inundated with varying impacts to the hatch, and 10 nests were completely washed away due to unpredictable and significant beach erosion during the storm season.

Poaching continues to be an ongoing threat to adult females killed for sale as they are attempting to nest. DoE’s conservation officers remained vigilant throughout the season and undertook several turtle rescues and intercepted a poaching attempt, saving the turtle.

Members of the DoE said they were extremely grateful for the support of the more than 40 regular volunteers who supported the program by walking beaches to report tracks, assisting with data collection, and helping DoE staff protect nests and conserve the sea turtles.

No, thanks.
How do you feel after reading this?
Tags: Cayman Turtle

(CMR) Diadema antillarum, also known as the long-spine sea urchin, is reportedly experiencing another high mortality throughout the Caribbean. There...

(CMR) The Easter holiday is a great time to enjoy the outdoors, especially camping by the sea. As many get...

DoE: disinfect water gears if you travel to Sister Islands for Easter

(CMR) The DoE is advising anyone traveling to the Sister Islands this Easter to help stop the spread of Stony...