(CMR) The Royal Cayman Islands Police Service hosted a group of young Caymanians recently, providing them the opportunity to learn about the service's various career options.

Fourteen young people, representing both public and private schools, and recent graduates were given a tour. They also participated in a presentation in the career development event organized by the RCIPS HR Unit.

The police said the 14 had responded to a career flyer posted on RCIPS social media channels.

“This hands-on tour is a new initiative. We also hold our local recruitment campaigns at least once a year, along with participation in career fairs and demonstrations in various schools. With this initiative, we wanted to invite interested young people to get an inside look at our operations by meeting with the various units,” HR officer Samantha Bodden said.

Bodden said the presentation and tour enabled the participants to get a firsthand experience and become more aware of the various career opportunities available across the Uniformed and Civilian Units, including Human Resources, Finance, and Information Technology. 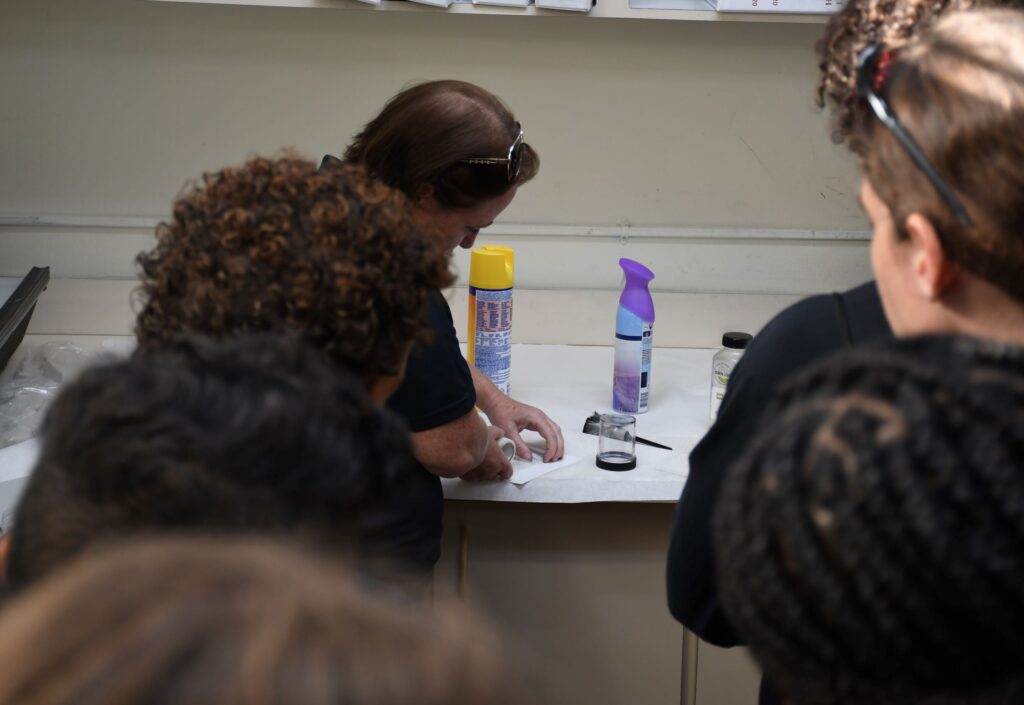 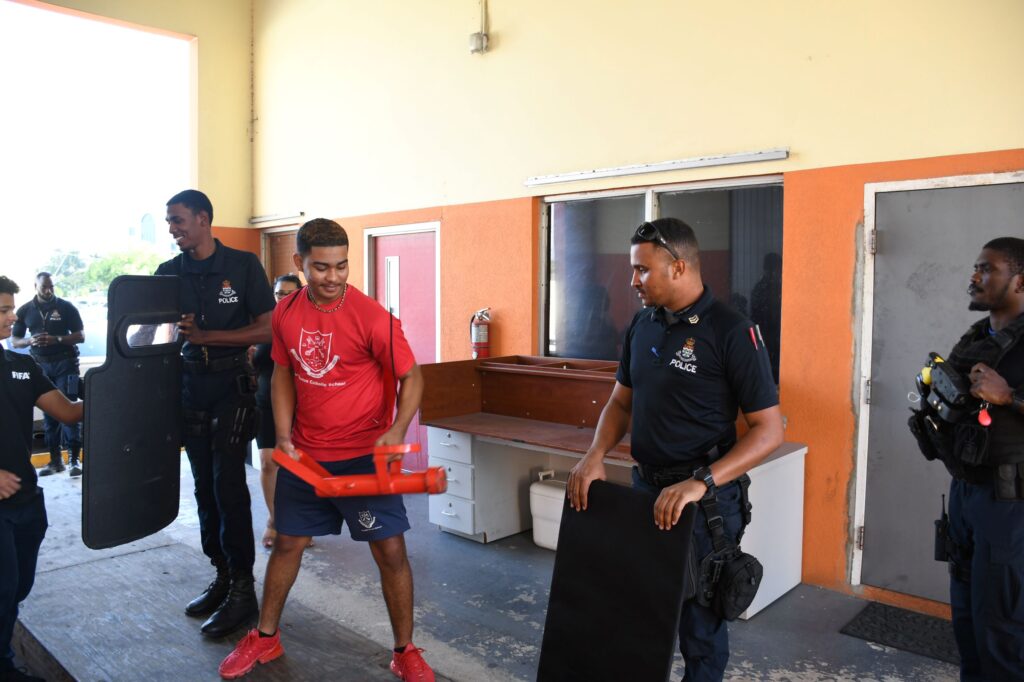 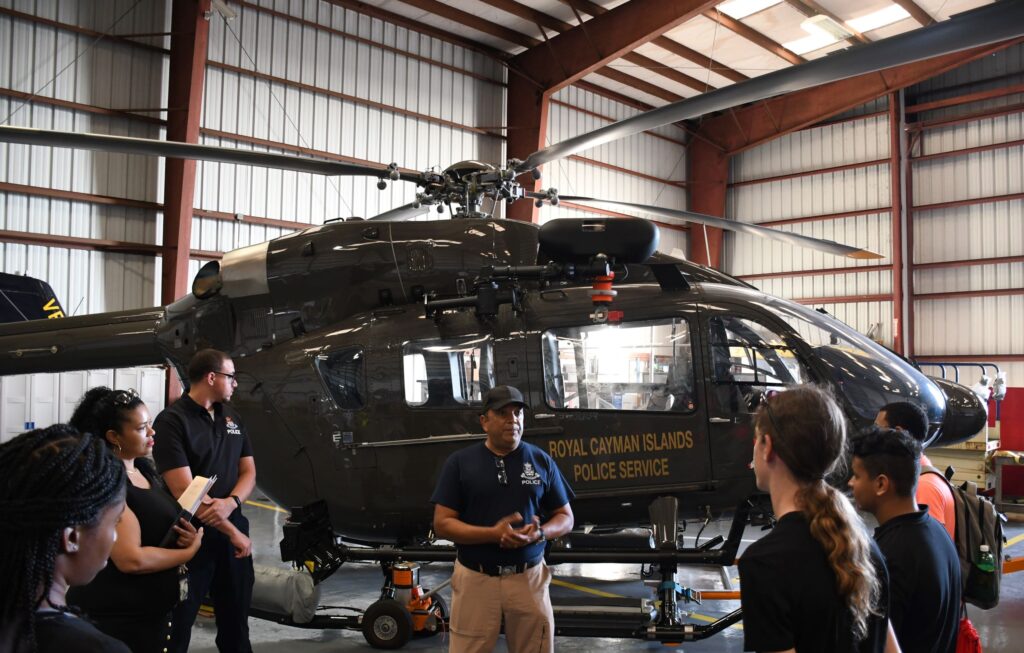 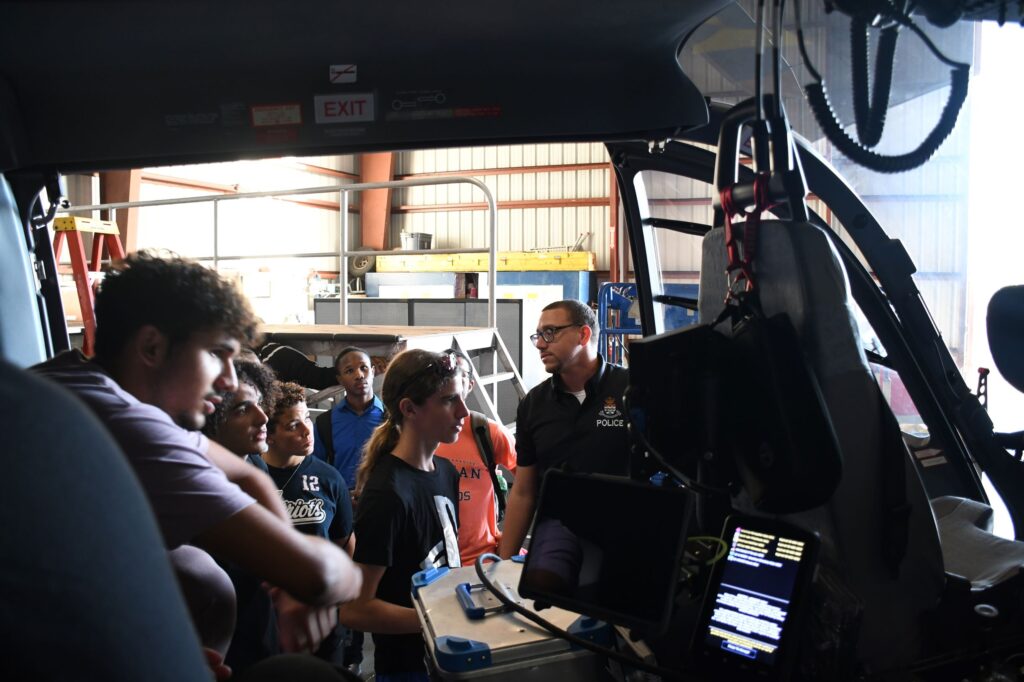 The students were greeted at RCIPS Headquarters by Deputy Commissioner Kurt Walton, Deputy Chief Officer Nancy Barnard, assistant HR Manager Deserey Gayle and the rest of the team, who presented them with an overview of the RCIPS.

Afterward, they visited various units, including the Firearms Response Unit, Crime Scene Investigation Unit, and the Air Operations Unit. They received demonstrations on the police tactical vehicles and equipment, collecting fingerprints, and on the features and capabilities of one of the RCIPS helicopters.

“We are always looking for different ways of reaching out to young people in the community who may have an interest in various aspects of law enforcement and showing them just how versatile the career options within the service are,” said Deputy Commissioner Walton.

“This was the first RCIPS Career Tour, but it certainly will not be the last. We hope to get even more young people involved going forward, and I was especially pleased to hear that several of the participants expressed interest in interning with the RCIPS in the future.”